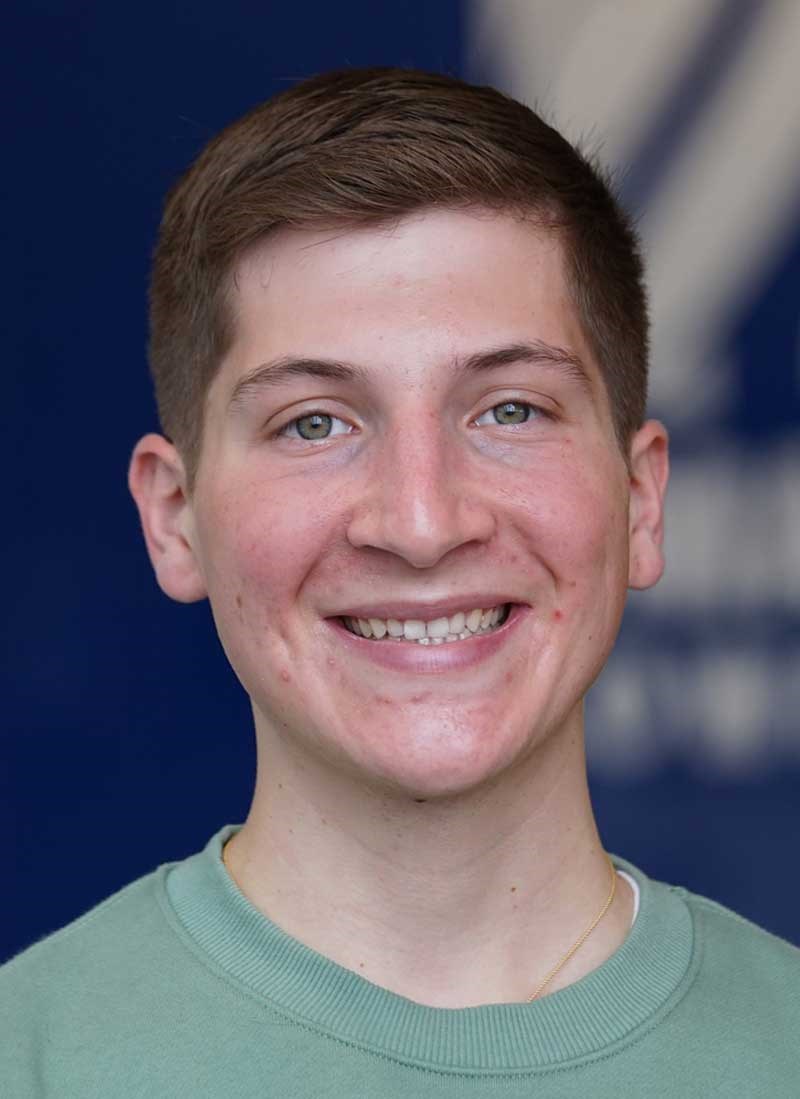 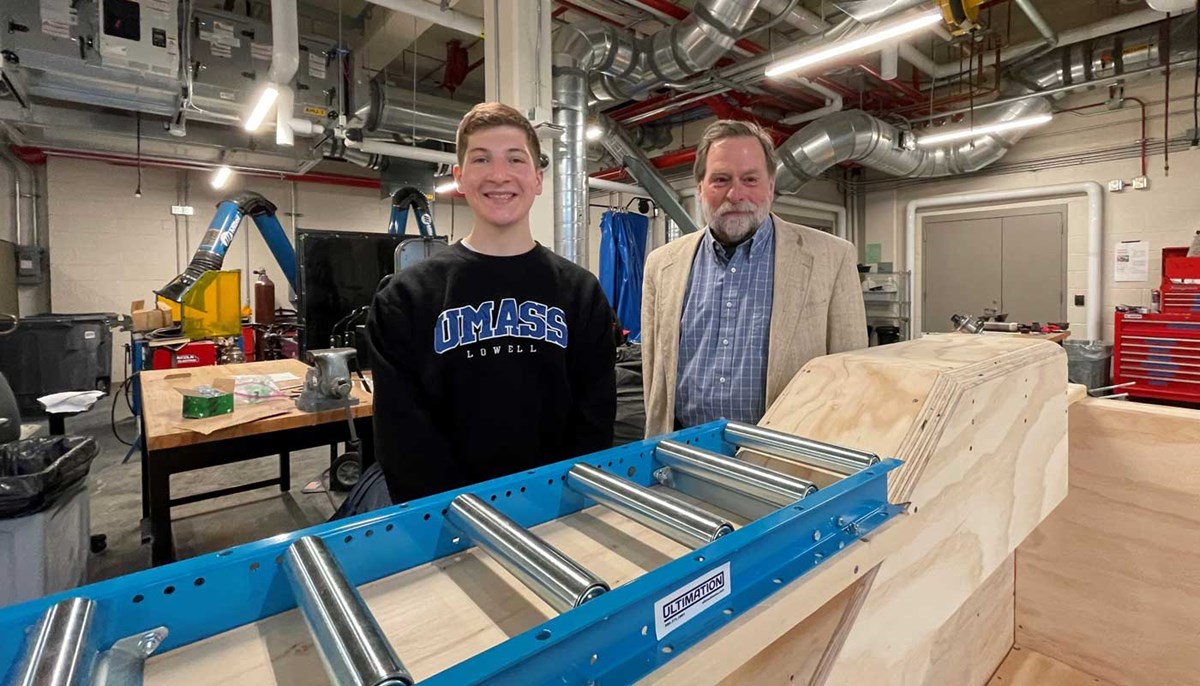 William Zouzas considered pre-med when applying for college — until he heard about biomedical engineering.

“You still get to be involved in helping people and designing medical devices, but you don’t have to do the four years of medical school. It sounded really interesting,” the Chelmsford, Massachusetts, native says.

As luck would have it, the school right in Zouzas’ own backyard, UMass Lowell, became the first public university in Massachusetts to offer an undergraduate biomedical engineering major in 2016.

An Honors College student with minors in STEM teaching and computer science, Zouzas has seized just about every opportunity available at UML. He joined eNable Lowell, a student-run volunteer group that 3-D-prints assistive devices for kids. He was secretary of the Omicron Delta Kappa National Leadership Honor Society and a member of the Tau Beta Pi engineering honor society. He served as a peer tutor and worked as a research assistant in the New England Robotics Validation and Experimentation (NERVE) Center.

And despite the COVID-19 pandemic, he landed not just one, but two research and development engineering co-op jobs — the first at NxStage Medical in Lawrence, Massachusetts, and the second at EnVision Endoscopy in Lowell.

“After my co-op at NxStage, I realized I want to go into that realm of R&D, whether in the lab or designing medical devices,” says Zouzas, who worked in the systems engineering department at NxStage, running bovine blood through dialysis machines for verification and validation.

Zouzas has UML on his short list for graduate school. He says he’s enjoyed being part of the university’s growing biomedical engineering program, particularly his courses with Assoc. Teaching Prof. Adam St. Jean and Prof. Bryan Buchholz, the department chair.

Buchholz was Zouzas’ advisor for his Industrial Capstone Senior Design (and Honors) project: a conveyor platform system to help lobstermen pull heavy traps out of the water — and thus avoid back pain.

“After a few years here at UMass Lowell, I realized it’s up to you how much work you want to put in and get out of it,” he says. “Even though the school is important, it’s up to the student to figure out what they want to do and get involved.”