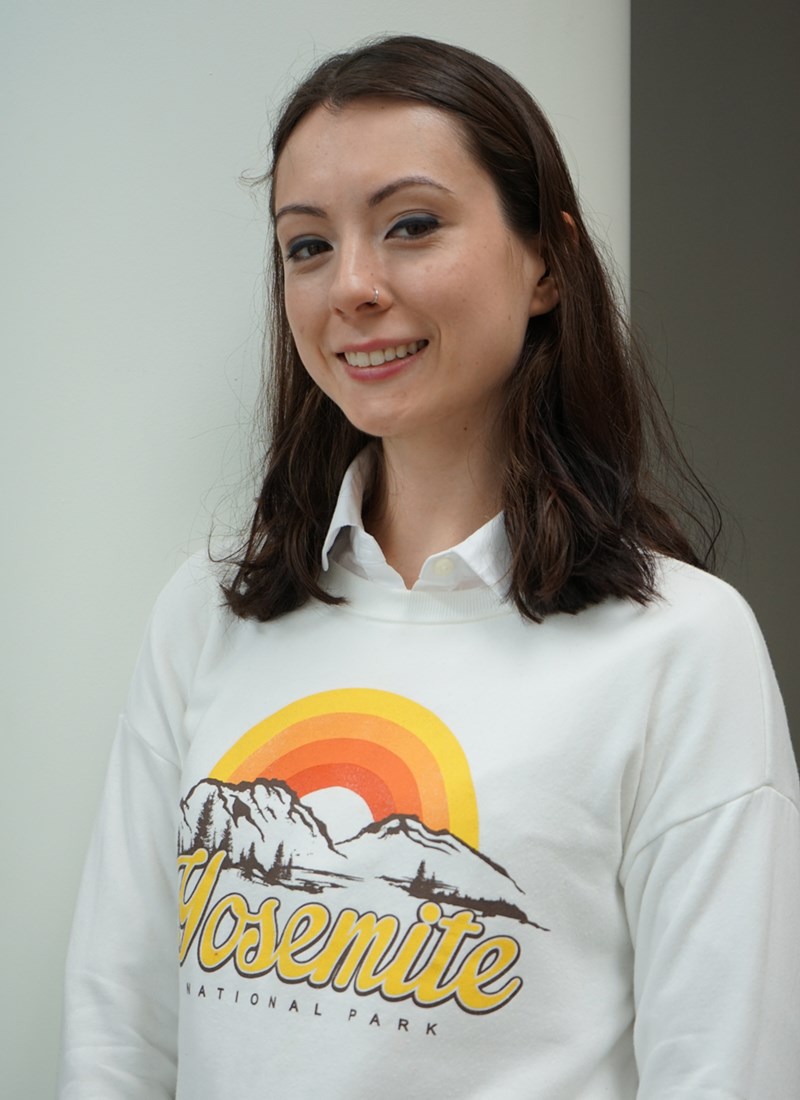 Honors history major Sophie Combs knows that her research is going somewhere: into the online Library of New England Immigration.
Working closely with History Prof. Robert Forrant, Combs has been researching the history of Vietnamese, Indian and Greek immigrants to Lowell. The library site, a joint project between Forrant and Assoc. Prof. of Art & Design Ingrid Hess, will encapsulate the various groups that migrated to Lowell to farm, dig the canals, work in the textile mills or seek asylum as refugees.
“I’m getting a lot of firsthand experience with archival materials and primary source documents – and with being able to synthesize them into a narrative that’s accessible to the public,” Combs says.
Combs began her research for the library site as a paid intern over the summer of her sophomore year. Then, during the academic year, she worked with Forrant as an Emerging Scholar, researching and creating an exhibit for the 100th anniversary of the International Institute of Lowell about the immigrant groups it has helped through English classes, services and employment.
Next, she began research into Greek immigrants for an exhibit for the local Hellenic Society – research that will also benefit the immigration library. She will continue doing more research under an Honors College Student Fellowship, and also plans to submit some papers for publication in scholarly journals, including one on the Franco American Orphanage in Lowell.
At the annual Student Research and Community Engagement Symposium, Combs was recognized for giving the best lightning talk for an undergraduate from the College of Fine Arts, Humanities and Social Sciences. She received another honor when Forrant, who received the 2019 Jacqueline F. Moloney Honors College Founder’s Award, selected Combs to share the award and a stipend.
Combs, who is minoring in French, plans to study abroad in France during her senior year. She wants to go to graduate school to study international relations in preparation for a career with the United Nations or a nonprofit focused on immigration or climate change.
“Immigration politics are the No. 1 issue of today, especially when you think about climate change and how much immigration is driven by certain areas becoming unfarmable,” she says.
She chose UMass Lowell for its location, affordability and reputation for caring professors.
“Small class sizes and getting to know my professors personally was important to me,” she says.

History in Lowell: Immigration Then and Now