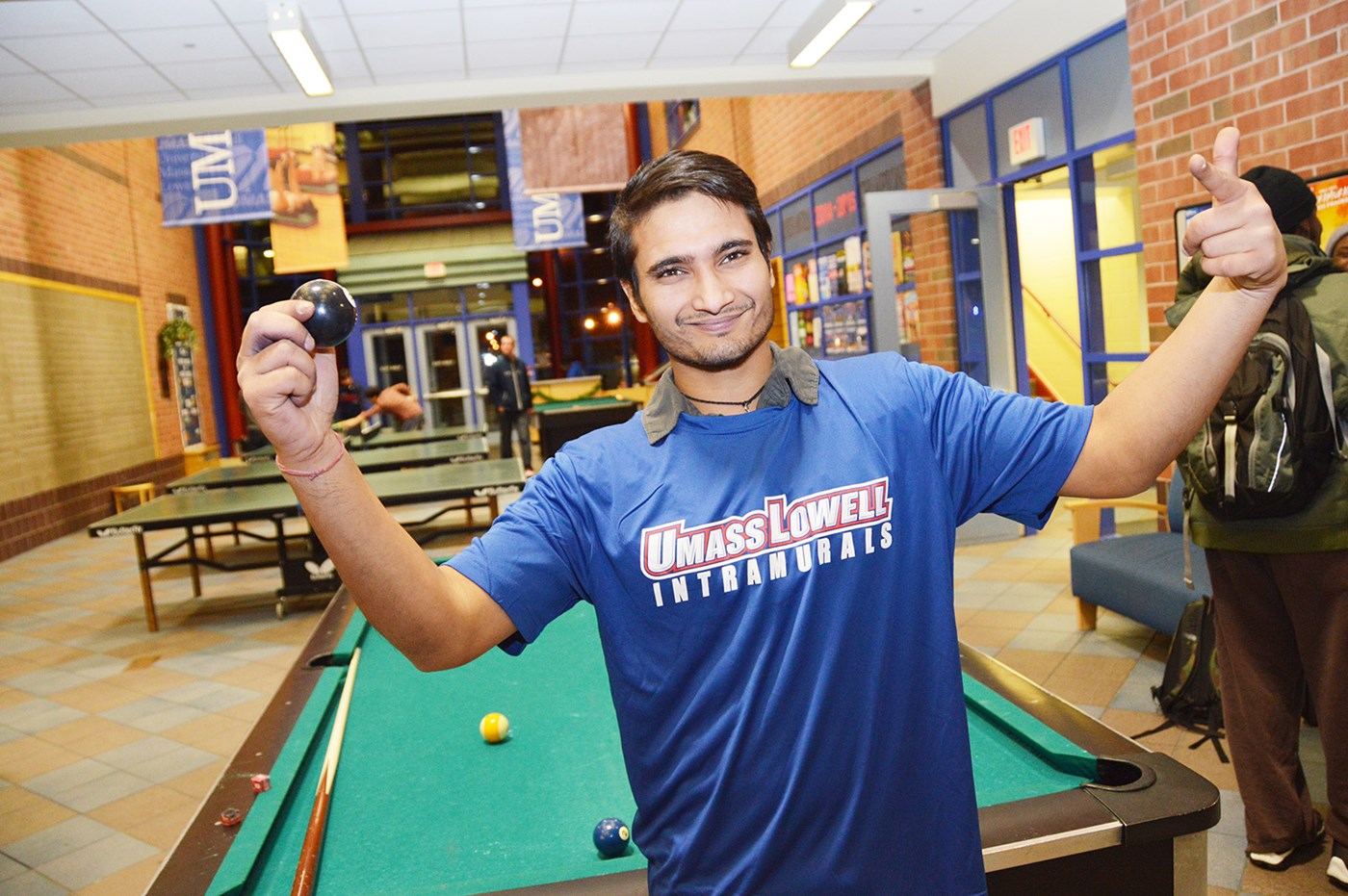 The current National Federation of State High School Associations and the National Intramural Recreational Sports Association govern all intramural rules unless modified by the University of Massachusetts Lowell Campus Recreation Department. Persons subject to the rules are team representatives: including players, substitutes, coaches, trainers, spectators and other persons affiliated with the team. These participants shall be governed by the decisions of the officials assigned to the game.

Please Note: All participants must present a valid UMass Lowell ID prior to participation in any intramural contest! Participants without an ID will not be allowed to play.

Please Note: The Office of Campus Recreation reserves the right to put into effect any rule changes or modifications regarding eligibility, but in doing so will attempt to notify participants through team captains.

Each team or individual entering an intramural activity must have a captain. The captain's responsibilities include but are not limited to:

If a team is not present and ready to play 10 minutes after their scheduled starting time of a contest, a forfeit shall be declared.

Postponements due to weather/field conditions will be decided by the Office of Campus Recreation. Information pertaining to weather related postponements will be available by calling the Intramural Coordinator at 978-934-2343. When possible, postponed games will be rescheduled. Rescheduling contests for other reasons is rarely possible and consent is required from the Office of Campus Recreation and all teams involved.

"Excellence is not a singular act but a habit. You are what you do repeatedly." (Shaquille O'Neal)

Integral to the philosophy of the Office of Campus Recreation is that good sportsmanship and fair play are vital aspects of intramural competition. It is the responsibility of the team captain and team members to control the conduct of all team members and fans. It is necessary for the successful operation of the program that individuals display proper conduct in all instances.

Each team will be rated by the Intramural Sports Staff on its Sportsmanship each game. All teams must average a 3.5 or higher sportsmanship rating to qualify for the playoffs. The following rating chart will determine a teams sportsmanship score.

Note: When playoffs begin each team will start with a perfect 5.0 rating. Each team must maintain at least a 3.0 average rating or higher during the playoffs to be able to continue to participate in the playoffs.