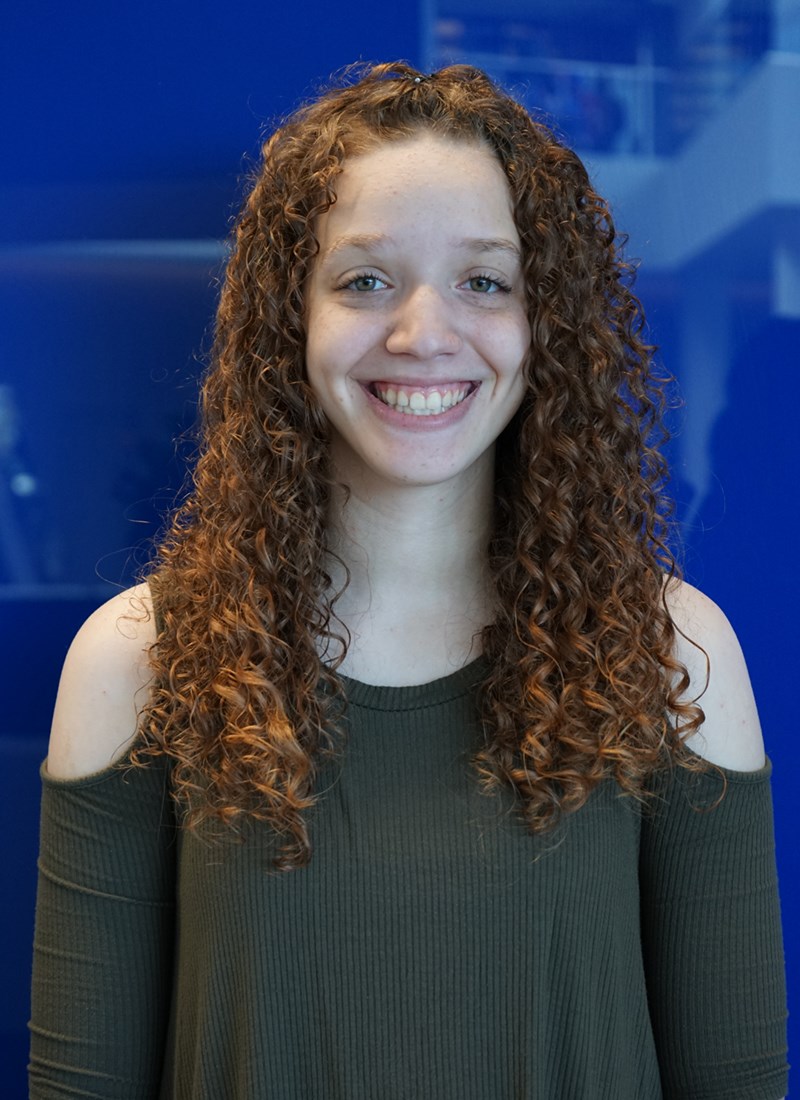 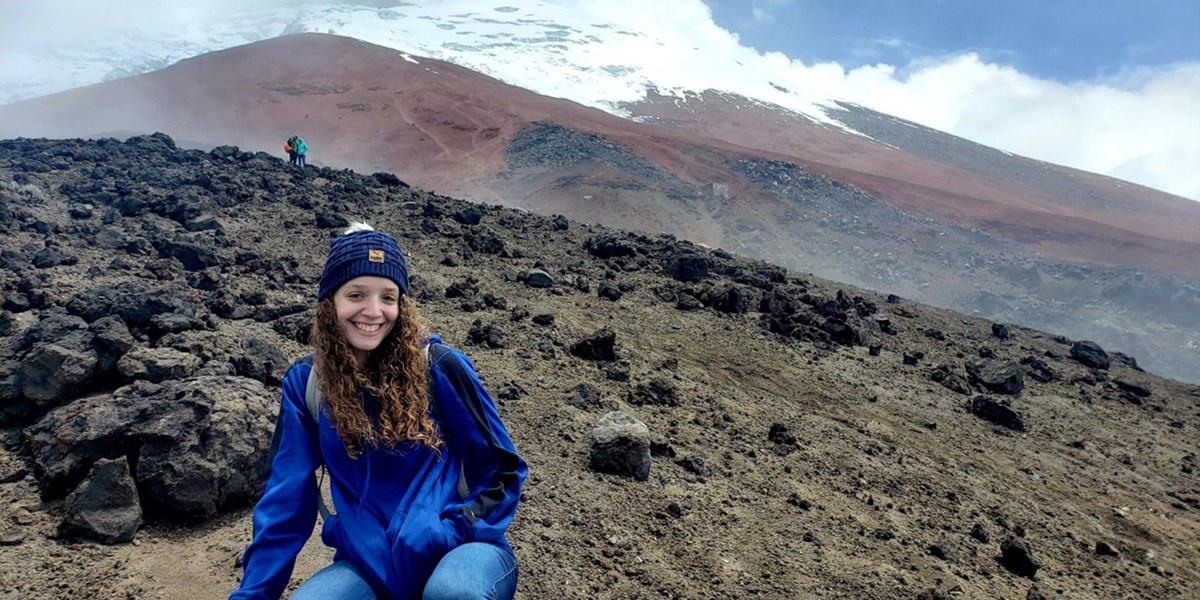 Daphne Shakira Naut, who was born in New York City, grew up bilingual with Spanish as her first language and English as her second.

In high school in Methuen, she studied French all four years and began learning German on her own because of her fascination with history, especially the two World Wars.

“Languages are like M&Ms,” she says. “You just keep adding more.”

So it’s no surprise that Naut gravitated toward a bachelor’s degree in political science with a focus on international relations and comparative politics – and the goal of becoming a lawyer.

As with languages, she just kept adding more. In her freshman year, she joined the Honors College, Mock Trial and the Student Government Association.

For all four years here, she’s worked in the Office of International Experiences & Study Abroad. She’s also worked at a second job in downtown Lowell for over two years so that she can pay off all of her school bills, apart from her federal loans.

Because Naut is paying her own way through college, she thought she could never afford to study abroad herself. Still, she wanted to help other students have that experience.

“From the start, I thought, ‘Even if I can’t go abroad, I want to help someone else go. I want to be of service for others,’” she says.

When Study Abroad Director Fern MacKinnon realized how badly Naut wanted to study abroad, she helped make it happen. With scholarships from the Saab Center for Portuguese Studies, the Political Science Department and the College of Fine Arts, Humanities and Social Sciences, Naut was able to spend a month in Troía, Portugal, the summer after her freshman year and work on an archaeological dig of Roman ruins through a partner-led program, the Study in Portugal Network.

During the fall of her sophomore year, she added a German Studies minor and took Honors Introduction to Philosophy, which inspired her to declare a double major in philosophy with a concentration in communication and critical thinking.

“The logic and critical thinking in philosophy is immensely helpful for law school,” she says. “And philosophy gets you thinking about your own life, which is the point. We had class on Friday afternoons, and pretty much every weekend I had an existential crisis. I wondered, ‘What am I doing with my life?’”

Using the money she saved up from her second job and the World Ready Scholarship from the College of FAHSS, Naut was able to study abroad again during the summer after her sophomore year, this time at the University of Marburg in Germany through the Hessen Exchange Program.

After she returned, she added a Portuguese Studies minor as well, bringing her total to two majors and two minors.

During Naut’s junior year, Annie Ciaraldi, the associate dean of Student Affairs, nominated her as one of the first six recipients for the Oprah Winfrey Scholarship. Naut was overwhelmed with joy when she got Ciaraldi’s email. The scholarship allowed her to finish paying her school bills for the year – and study abroad a third time, for a total of 13 study-abroad credits.

“From the start, the Oprah scholarship was a blessing,” she says.

After taking Assoc. Prof. José Mendoza’s Latin American Philosophy class, Daphne enrolled in his faculty-led study-abroad program in Quito, Ecuador, over spring break. There, the students volunteered with a nonprofit, the Manna Project.

Now Naut is gearing up to write her honors thesis, with Mendoza as her advisor, and preparing to apply to law school. She says both philosophy and study abroad have given her new perspectives on life. She sees a similar effect on other students.

“When you’re going through hard times and it’s difficult to believe that achieving anything is possible, study abroad can open your eyes,” she says.

“At UMass Lowell, many students have the skills they need to study abroad; they just need the opportunity. And it always brings something out in them. They want to get more involved, maybe with volunteering; they want to do more reading; they pay more attention to the news; it makes them better students. It’s like a kick start. Often, they come back, and their desired career might have just transformed into their calling.”