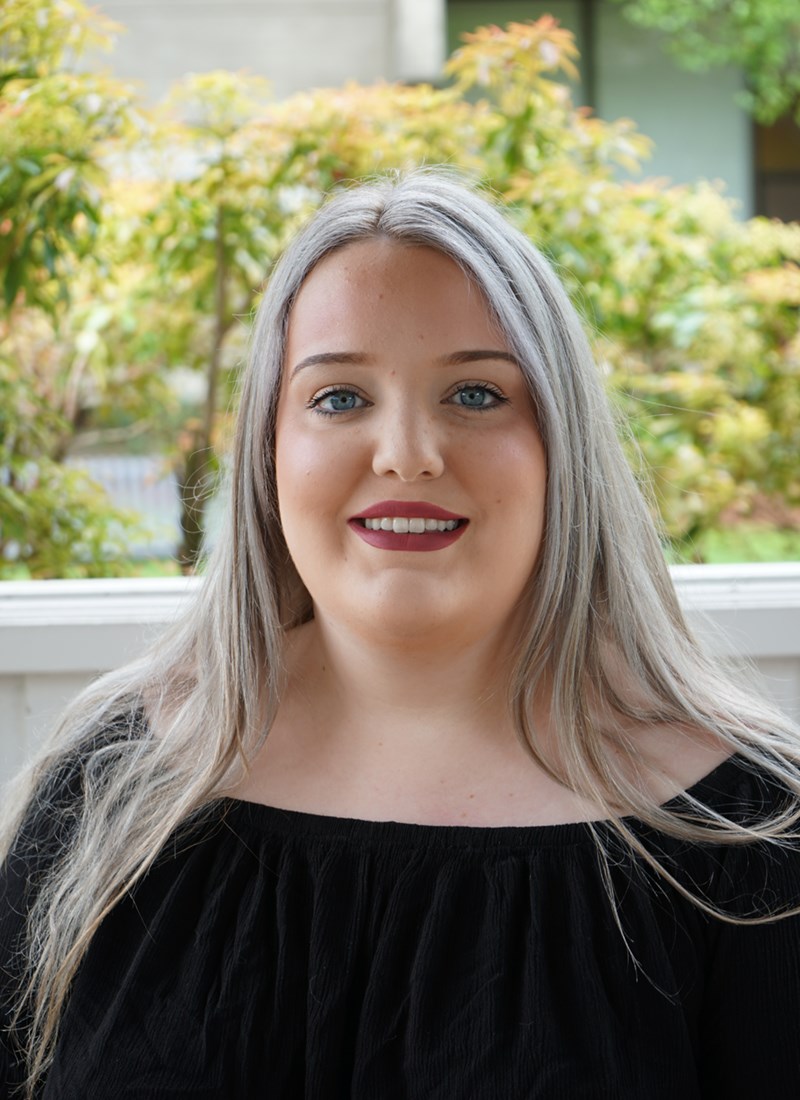 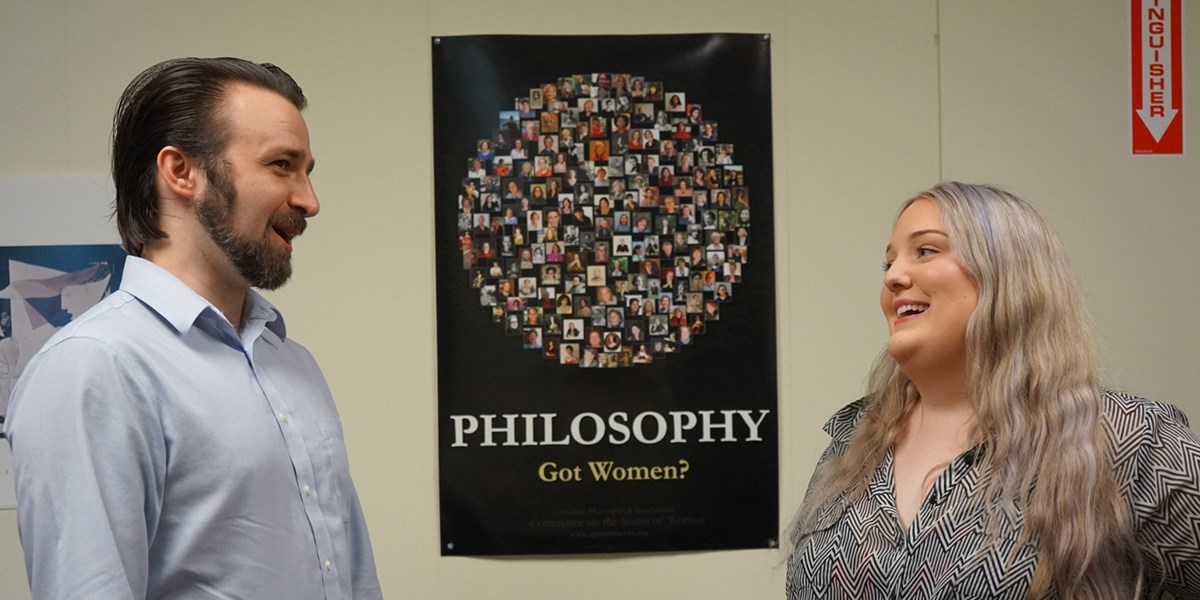 Hannah Daly ’18 hates public speaking. She agonized while practicing for a public contest presentation of her research into racial and gender bias in access to opioid pain medications.
And then she won.
A panel of judges awarded Daly the prize for best oral presentation by a student in the College of Fine Arts, Humanities and Social Sciences at the 2018 Student Research and Community Engagement Symposium.
The win was bittersweet for Daly, who lost a cousin to an opioid overdose in 2013.
“I’m passionate about this topic, and I knew a public presentation was a requirement for the Emerging Scholars program,” says Daly, who majored in political science and minored in gender studies and philosophy. “To get the opportunity to work on this project and understand the complexity of the opioid crisis was great – and I think this research is actually going to help people.”
Daly applied to the Emerging Scholars program, sponsored by the university’s Center for Women and Work, and received a $2,500 stipend to do research with Asst. Prof. of Philosophy Nick Evans. They found that physicians are less likely to prescribe opioid painkillers for women and people of color than for patients who are male or white. Next, they will pursue further research to figure out whether gender and racial bias or other factors, such as access to health insurance, account for the difference.
Daly will continue working with Evans as a research assistant over the summer while applying for political science research jobs and graduate programs. They are writing an academic paper and an article for a trade publication for nonprofits and lobbyists interested in health care policy.
Daly began getting interested in research after hearing about other students’ experiences working one-on-one with professors. She committed more seriously to research after the 2016 elections, which left her disillusioned with electoral politics. She wants to use her skills to influence public policy on behalf of women’s rights.
“I heard about these boys doing these research projects, and I thought, ‘I have to represent for women!’” she says.
In a public opinion research class with Assoc. Prof. of Political Science Joshua Dyck, students worked in teams to design a survey. Daly’s team was selected to develop their questions for an actual survey conducted by the university’s Center for Public Opinion.
They found that each political party distrusts the other party’s commitment to constitutional principles. They published their results in an op-ed for The Washington Post.
Daly also did survey research with Assoc. Prof. John Cluverius. They compared the views of people who identify themselves as conservative Republicans to those who identify as “alt-right.” She also hopes to co-publish with Cluverius.
“John Cluverius is a great mentor,” Daly says. “I really love the Political Science Department at UMass Lowell. The professors really want you to succeed.”