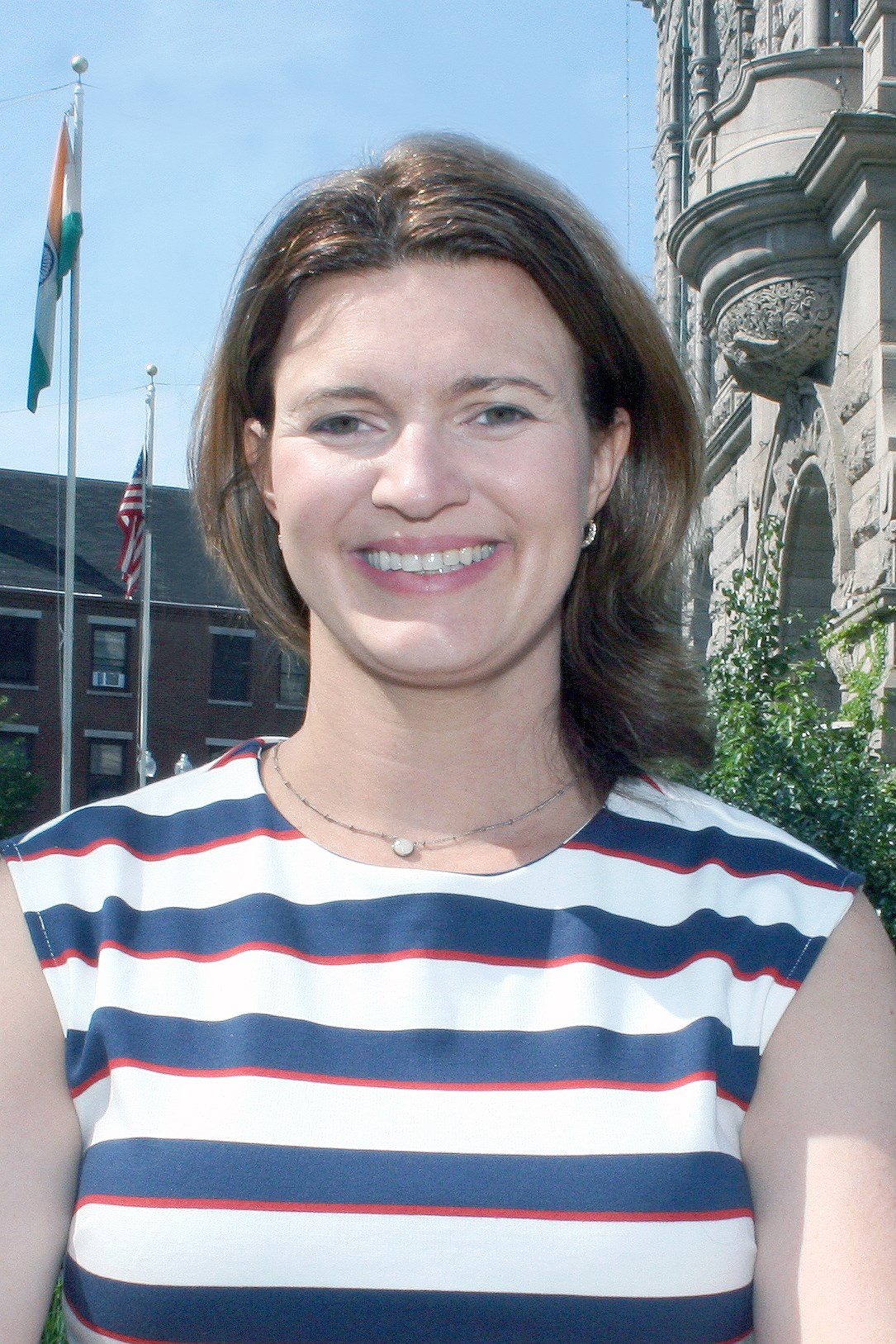 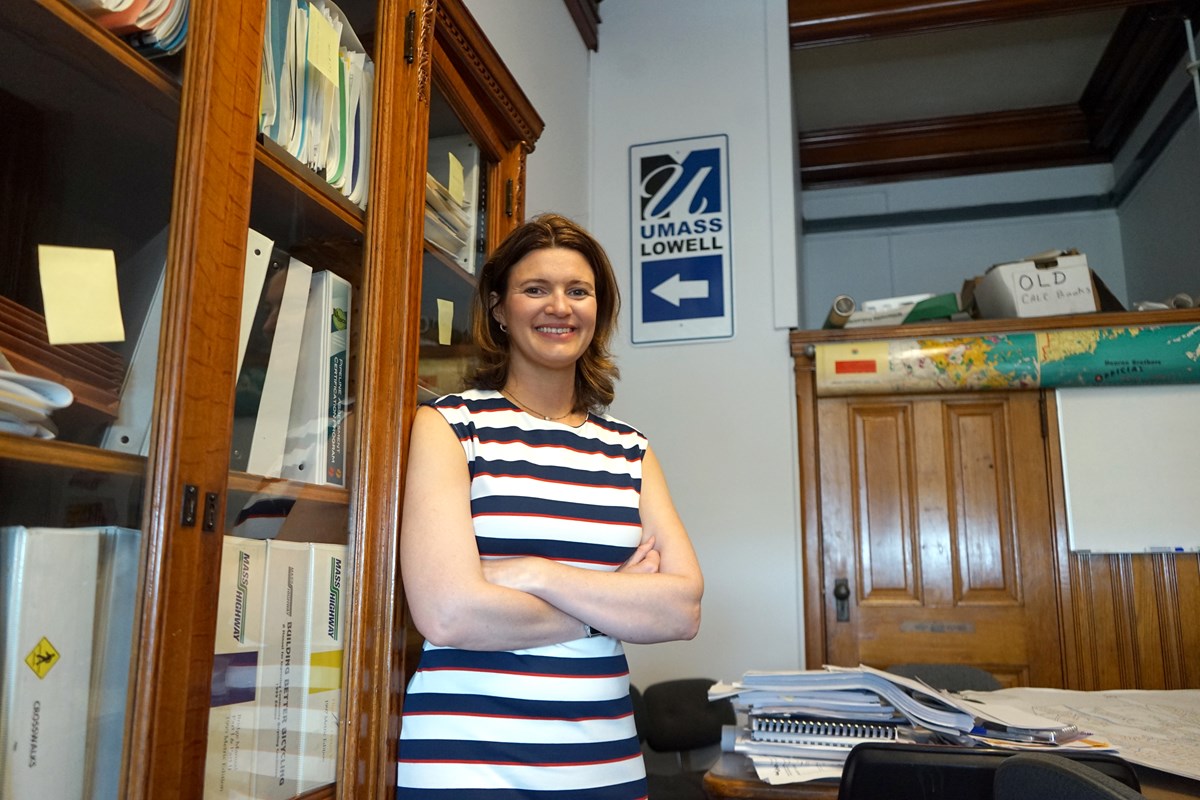 Among the blizzard of maps, documents, three-ring binders and historic photos in the office of Lowell City Engineer Christine (Curley) Clancy ’06 is a UMass Lowell street sign, the kind with an arrow pointing visitors toward campus.

Clancy doesn’t need directions, of course. The Georgetown, Mass., native spent two years at UML completing her bachelor’s degree in civil and environmental engineering after transferring from the University of Illinois, where she found the program’s focus too narrow and the class sizes too big.

“I graduated with a really close-knit group of 51 civil engineers at UMass Lowell,” says Clancy, who still keeps in touch with several of her fellow Francis College of Engineering alumni. “Coming from a small town, I realized this was one of the school’s biggest benefits.”

Since becoming Lowell’s city engineer in 2018, Clancy has worked with UML leaders on maintaining and improving critical infrastructure – namely roads, sidewalks and bridges – that the university shares with the city.

“I love being involved in projects on campus,” says Clancy, who meets regularly with Executive Director of Administrative Services Thomas Miliano, Executive Director of Planning, Design and Construction Adam Baacke and Director of Sustainability Ruairi O’Mahony on issues central to the university’s Transportation Master Plan. One such project that Clancy sees as a “great opportunity” is the Pawtucket Street corridor – the heavily congested half-mile stretch between University Crossing and South Campus.

Clancy first visited UML as a high school junior, when she attended a weeklong summer program that introduced students to electrical engineering. While the camp didn’t short-circuit her dreams of becoming a civil engineer, it did introduce her to her future husband, Jim Clancy, a Chelmsford native who went on to attend Boston College and become a lawyer.

After graduating from UML, Clancy joined Kleinfelder/SEA Consultants and began working toward her professional engineer (PE) certification. Meanwhile, she earned her master’s degree in civil engineering (with a construction management focus) from Northeastern University. She worked at Kleinfelder in Boston for nearly nine years before switching to the municipal side of the profession and becoming Lowell’s city engineer.

Working out of City Hall as part of the Department of Public Works, Clancy oversees five engineers and is responsible for 280 miles of roadway and 38 city-owned bridges. The city’s canal system has proven to be a “very unique” challenge for Clancy, who has leaned on the structural engineering lessons she learned from Prof. Susan Faraji.

“I love what I do because it’s cool to see how you can help upgrade infrastructure and really transform areas of the city,” she says. “That’s why I grasped onto civil engineering. There’s a very tangible element to it of improving a community.”

Now she’s helping to improve a campus that has changed quite a bit since she and her younger brother, Manning School of Business alum John Curley ’09, were students more than a decade ago.

“When I went to school, the campus was more disjointed. I didn’t really go to South Campus, and there was no University Crossing,” she says. “It has changed so much. Today, it definitely feels like more of a campus.”