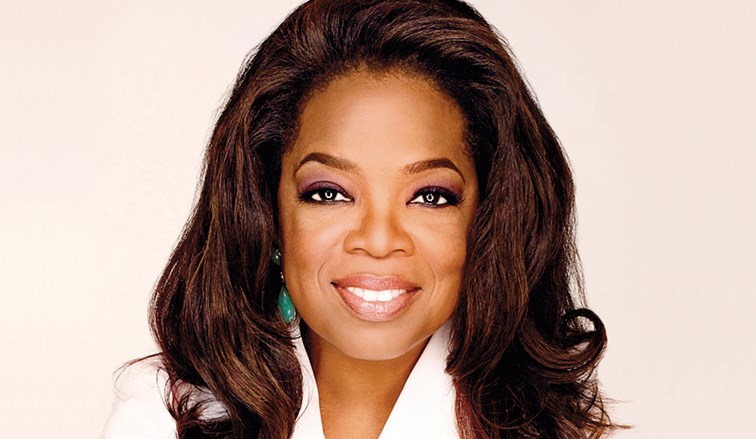 Oprah Winfrey is a global media leader, philanthropist, producer and actress. She has created an unparalleled connection with people around the world, making her one of the most respected and admired figures today.

For 25 years, Winfrey was host and producer of the award-winning talk show “The Oprah Winfrey Show.” In her role as chairman and CEO of OWN: Oprah Winfrey Network, she’s guiding her cable network to success. Winfrey is the founder of O, The Oprah Magazine and oversees Harpo Films. In 2017, “Oprah’s SuperSoul Conversations” podcast debuted, which launched as No. 1 on Apple Podcasts and has been downloaded more than 70 million times by listeners in over 155 countries worldwide.

Winfrey is an Academy Award-nominated actress for her role in “The Color Purple,” earned critical acclaim in “Lee Daniels’ The Butler” and produced and acted in the Academy Award-winning film “Selma.”  Winfrey starred in the Emmy-nominated HBO Films “The Immortal Life of Henrietta Lacks” and most recently portrayed “Mrs. Which” in Disney’s “Wrinkle in Time” film adaptation from director Ava DuVernay in 2018.

In 2015, Winfrey joined the Weight Watchers board of directors and in 2017, Winfrey launched a new refrigerated food line “O, That’s Good” featuring soups and sides that bring a nutritious twist on comfort food classics using real ingredients and no artificial flavors or dyes in collaboration with Kraft Heinz. Ten percent of the profits are equally split between charitable organizations Rise Against Hunger and Feeding America to support the fight against hunger.

Her books, “Food, Health and Happiness: 115 On Point Recipes for Great Meals and a Better Life” and “Wisdom of Sundays” both debuted as No. 1 on the New York Times Bestsellers List in 2017 under her personal book imprint “An Oprah Book.”

During a December 2002 visit with Nelson Mandela, she pledged to build a school in South Africa and has contributed more than $140 million towards providing education for academically gifted girls from disadvantaged backgrounds. Graduates of the school have continued on to higher education both in South Africa and at colleges and universities around the world.

Winfrey is a founding donor of the Smithsonian’s National Museum of African American History and Culture. In June 2018, the museum opened “Watching Oprah: The Oprah Winfrey Show and American Culture,” an exhibit exploring Winfrey’s life and her talk show’s impact featuring artifacts from the set, costumes from her movies and interactive interviews.

Winfrey was awarded the Medal of Freedom, the nation’s highest civilian honor, in 2013. Winfrey is a dedicated activist for children’s rights; in 1994, President Clinton signed a bill into law that Winfrey had proposed to Congress, creating a nationwide database of convicted child abusers.

In January 2018, Winfrey became the first African-American woman to be honored with the Golden Globes’ Cecil B. DeMille Award.