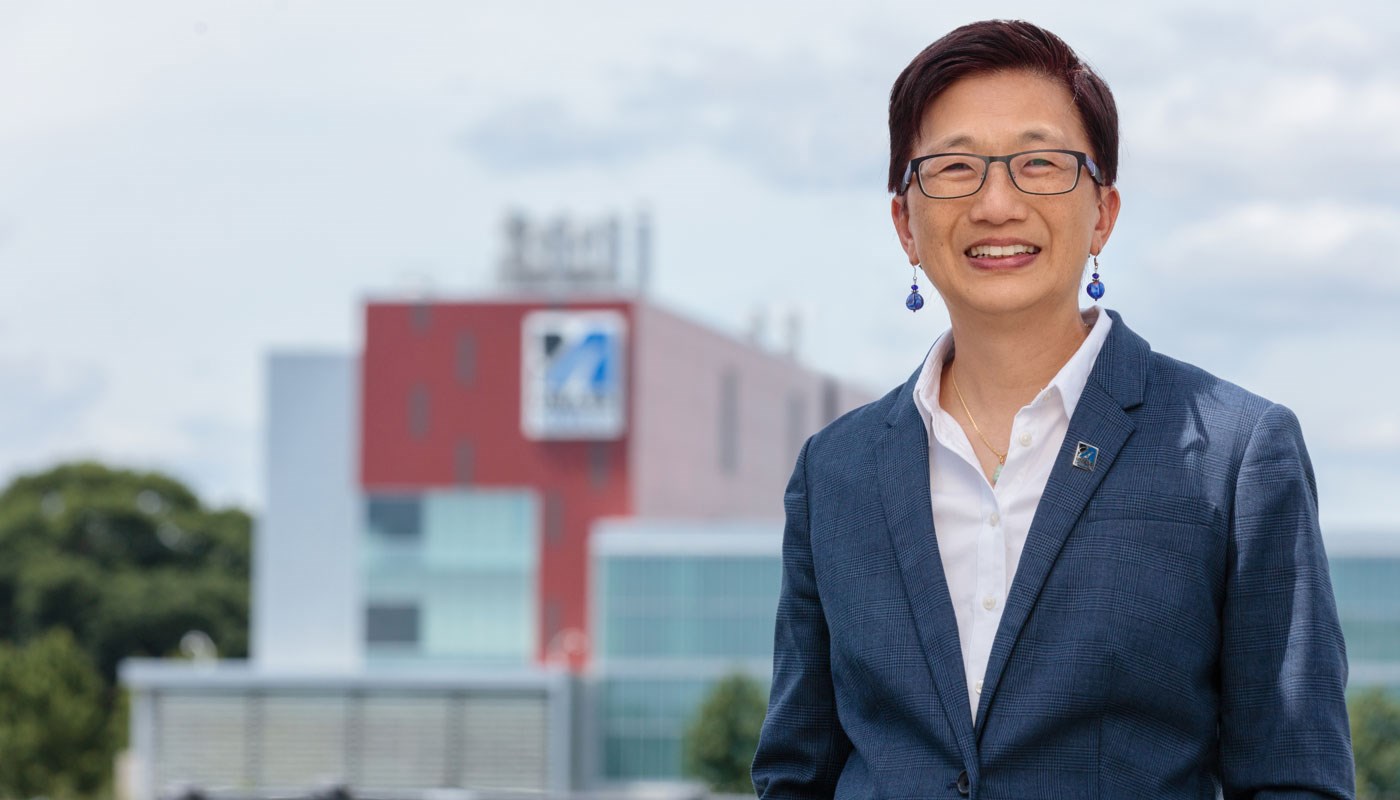 Julie Chen — a mechanical engineering professor and recognized leader in research, STEM and economic development in higher education — assumed the role of chancellor on July 1, 2022. She is the fourth chancellor of UMass Lowell.

Julie Chen was named chancellor of UMass Lowell after leading the university’s growing research franchise into a nearly $95 million annual operation. Unanimously appointed by the UMass trustees in May 2022, Chen assumed her role as UMass Lowell’s fourth chancellor — and just the second woman to lead the university of more than 18,000 students — on July 1, 2022.

Other initiatives noted for the collaborative efforts of UMass Lowell and external partners include the Raytheon-UMass Lowell Research Institute as well as the unique research and development partnership known as HEROES. The latter draws upon complementary expertise and intellectual assets from UMass Lowell and U.S. Army Combat Capabilities Development Command Soldier Center to enhance the protection of U.S. soldiers.

Chen joined the UMass Lowell faculty in 1997 after six years as an assistant professor at Boston University. She spent 2002-2004 in Washington, D.C., as director for the Materials Processing and Manufacturing as well as the Nanomanufacturing programs at the National Science Foundation.

Chen was appointed UMass Lowell’s vice provost for research in 2009, and she was promoted to vice chancellor in 2016 with an added external and outreach focus.

As a member of UMass Lowell’s Executive Cabinet, Chen helped lead the implementation of the university’s 2020 Strategic Plan, resulting in an expansion and modernization of physical infrastructure; the recruitment of outstanding faculty and students; increases in retention and graduation rates; advances in diversity, equity and inclusion; and historic growth of revenues from research, online programs and the endowment.

Based on her expertise in materials, nanomanufacturing and advanced manufacturing, she has testified before Congress and represented the United States in several international workshops.

An advocate for Diversity, Equity and Inclusion initiatives, Chen served as co-lead for UMass Lowell’s Council on Social Justice and Inclusion.

Additionally she was a co-principal investigator on a $3.5 million National Science Foundation ADVANCE Institutional Transformation grant to support and elevate women faculty in science, technology, engineering and mathematics disciplines.

Chen received her Ph.D., Master of Science, and Bachelor of Science degrees from the Massachusetts Institute of Technology in mechanical engineering, where she was a student athlete and Academic All-American in softball and field hockey.

In 2019 she was awarded an honorary degree from Queens University Belfast. She is a recipient of the U.S. Army Public Service Commendation Medal – the Army’s fourth-highest civilian honor – in recognition of her leadership in developing the innovation ecosystem.