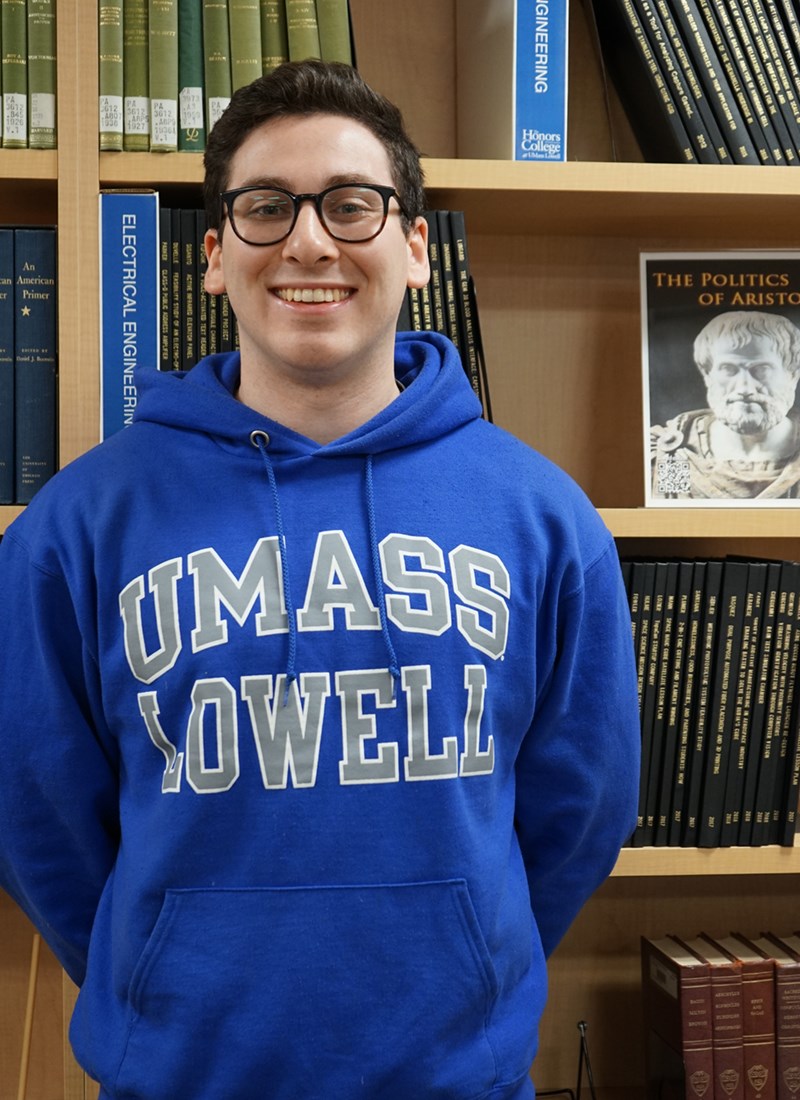 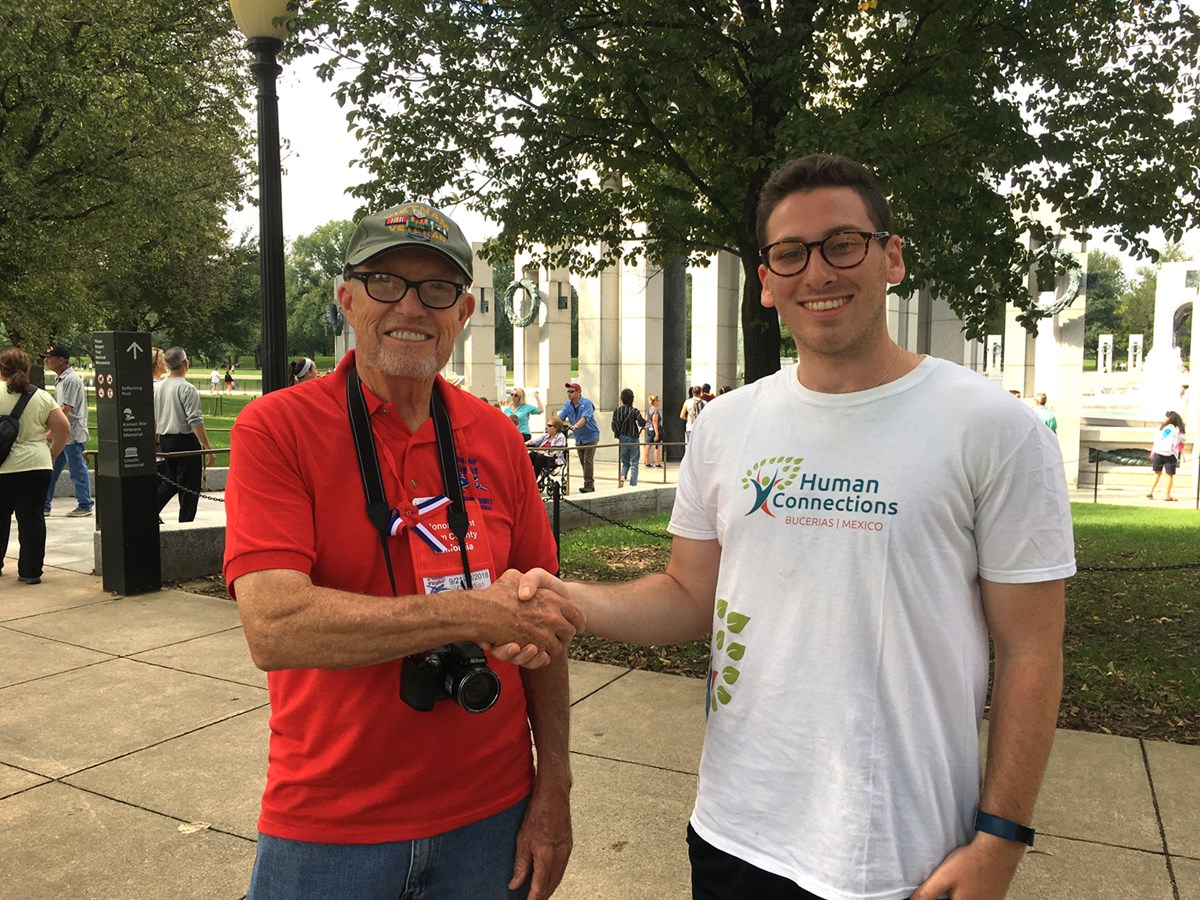 “I’ve always been a history buff, and I’ve always loved current events,” the Barnstable, Massachusetts, native says. “The combination of the two got me excited about political science.”

“That was a big motivator for me, that UMass Lowell saw my potential,” he says. “It made me feel valued from an academic standpoint.”

His ultimate goal is to work in the Foreign Service, but he may serve in the military or go to graduate school first.

His studies here are carrying him further along that path. He joined UML’s highly competitive Model United Nations team right away and traveled to compete in a Model U.N. conference in Belgium in early 2020.

“It was incredible to meet all these other students from Germany, Austria, Spain and Belgium on my committee and talk to them about where they were from,” he says. “There were students there from Venezuela and the Dominican Republic, too. It was a huge international conference.”

He did a directed study with Assoc. Prof. of Political Science Jenifer Whitten-Woodring on border conflicts. That turned into his honors thesis, a look at how Brexit would affect conflict along the border between Northern Ireland and the Republic of Ireland.

With help from Honors Visiting Prof. Rae Mansfield, he won a U.S. State Department Gilman Scholarship to study abroad in South Korea during the summer of 2020. He planned to use it for Korean language and politics classes. He’d visited the demilitarized zone on his first trip there, and become fascinated by the border conflict between North and South Korea, as well.

“Being able to immerse myself in a completely different culture on the opposite side of the world was amazing. We saw everything from where the kings and queens used to live to Samsung headquarters,” he says. “As soon as we left, I couldn’t wait to go back.”

But the COVID-19 pandemic put all State Department travel programs on hold for a year. In the meantime, Aaronson had decided to minor in French. He can use the Gilman Scholarship for study abroad in France during summer 2021, if he can’t return to South Korea.

“I’ve developed this real passion for learning languages and learning about other cultures,” he says.

As a senior, Aaronson is working as an Emerging Scholar, doing research with World Languages and Cultures Asst. Prof. Kristen Stern on Francophone African literature and films. He’s had a paper on the topic accepted for the undergraduate forum at the Northeast Modern Language Association Conference in spring 2021.

Aaronson has gotten some direct political experience, as well, interning in the Hyannis, Massachusetts, office of U.S. Rep. William Keating, as well as for The Counterterrorism Group and Massachusetts Rep. Dylan Fernandes.