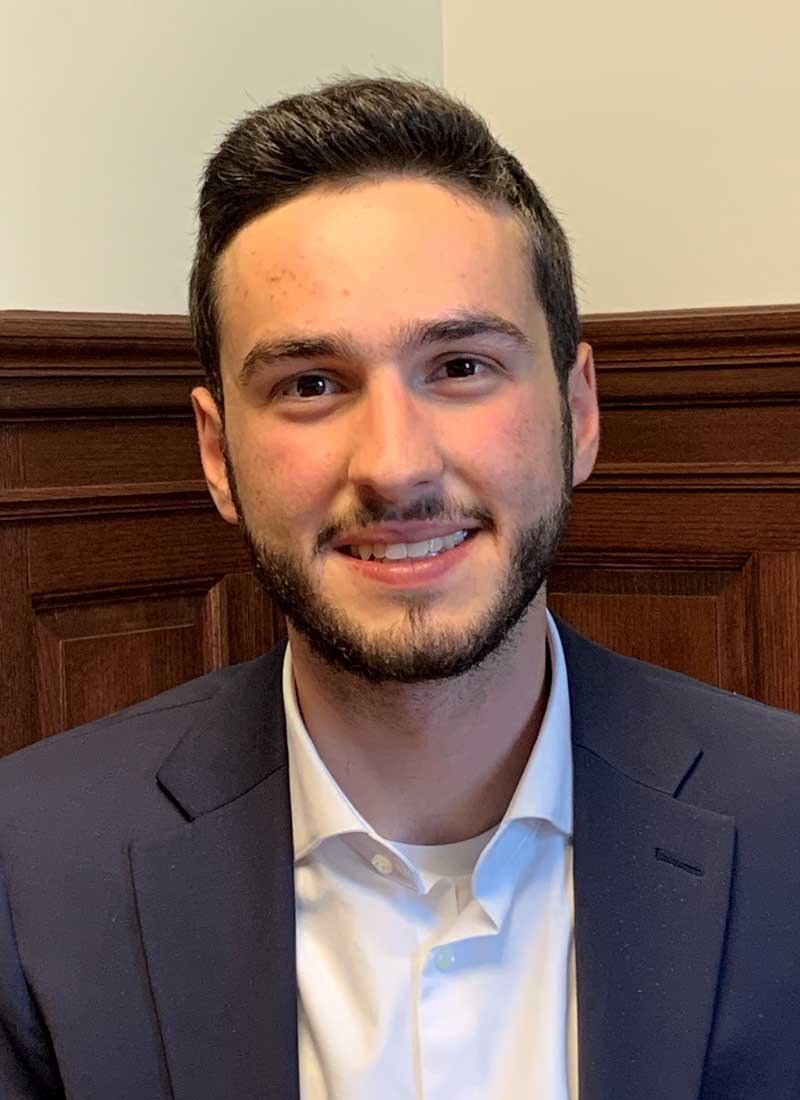 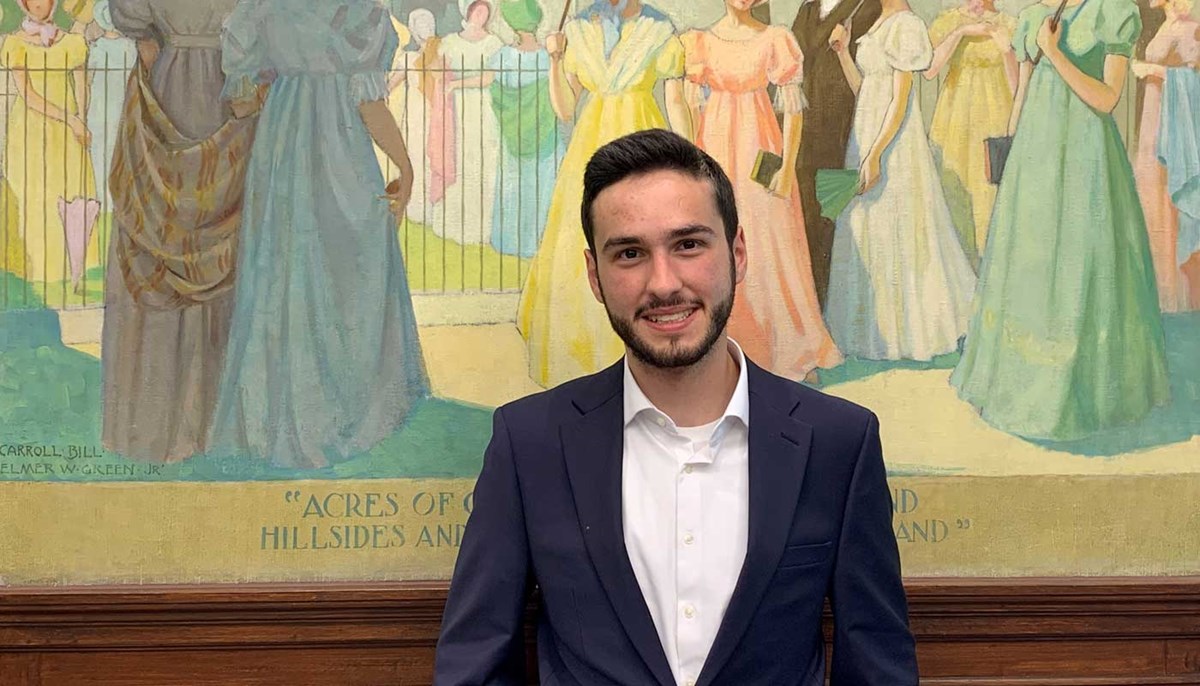 Honors College student Karam Alafandi plans to go to medical school and become a family physician. So why is he majoring in history?

“Science is interesting, but I feel that for someone aspiring to be a medical doctor, you need a humanities perspective,” he says. “I wanted to make my college experience more interesting, too.”

Alafandi, who was born in Syria and emigrated with his family at the start of the Syrian Civil War in 2011, is fascinated by history. So even though it is hard work to major in history while fulfilling the science prerequisites for medical school, he doesn’t find studying to be a chore.

He also believes history and writing classes will help him in his career, especially when it comes to communicating with and understanding his patients, from children to older adults. He’s motivated by his own doctor, who always takes time to listen and talk with him.

“Every time I visited him, I’d be inspired,” he says. “I’m looking forward to having lifetime relationships with my patients.”

Alafandi doubles down on paying jobs, too. He is working in retail and with children at a day care program in Bedford, Massachusetts, where he lives with his family. As a junior, he plans to seek jobs where he can gain patient care or other medical experience.

A first-generation college student, Alafandi pays his tuition bill every month and plans to graduate without college debt. The ability to do that, the option of commuting and the chance to study alongside many other first-generation and immigrant students are the main reasons he chose to attend UMass Lowell, he says.

“Lowell felt like a place where you come to make it – an opportunity school,” he says. “Many of the students share the same journey as me.”

And still, Alafandi finds time to take part in campus activities. He is a senator in the Student Government Association (SGA) and an active participant in the Muslim Students Association. He also is a member of the UML Equestrian Team, a club team offered through Campus Recreation.

He has served on several SGA committees and is particularly focused on communicating to the student body via social media, with the goal of recruiting students from across campus to participate in student government.

“I joined with the intention of making it more popular on campus, especially North Campus,” he says. “We need more diversity in terms of majors.”

As a member of the Muslim Students Association, he advocated for a change in campus dining commons hours during the month of Ramadan, when many Muslim students fast during daylight hours and break their fast after sundown. Although Alafandi broke his fast at home, he learned from friends that the campus dining halls were already closed when students were done with their late-afternoon classes.

For a professional writing class he took with English Assoc. Prof. Jenna Vinson, he wrote a letter to Leslie Wong, dean of equity and inclusion, about the problem. Other Muslim students did the same – and dining hours were extended.

As a panelist at the June 2022 Eduventures Summit, a conference on research and trends in higher education, Alafandi, representing UMass Lowell, shared his experiences as an immigrant and first-generation student who started college online, due to the COVID-19 pandemic.

And then he returned to working, saving money and studying during the summer, because he wants to make the most of his educational opportunities during his four years here.

“In other countries, this is not taken for granted,” he says. “A lot of my friends in Syria, for three or four years, they couldn’t go to school. It’s heartbreaking.”