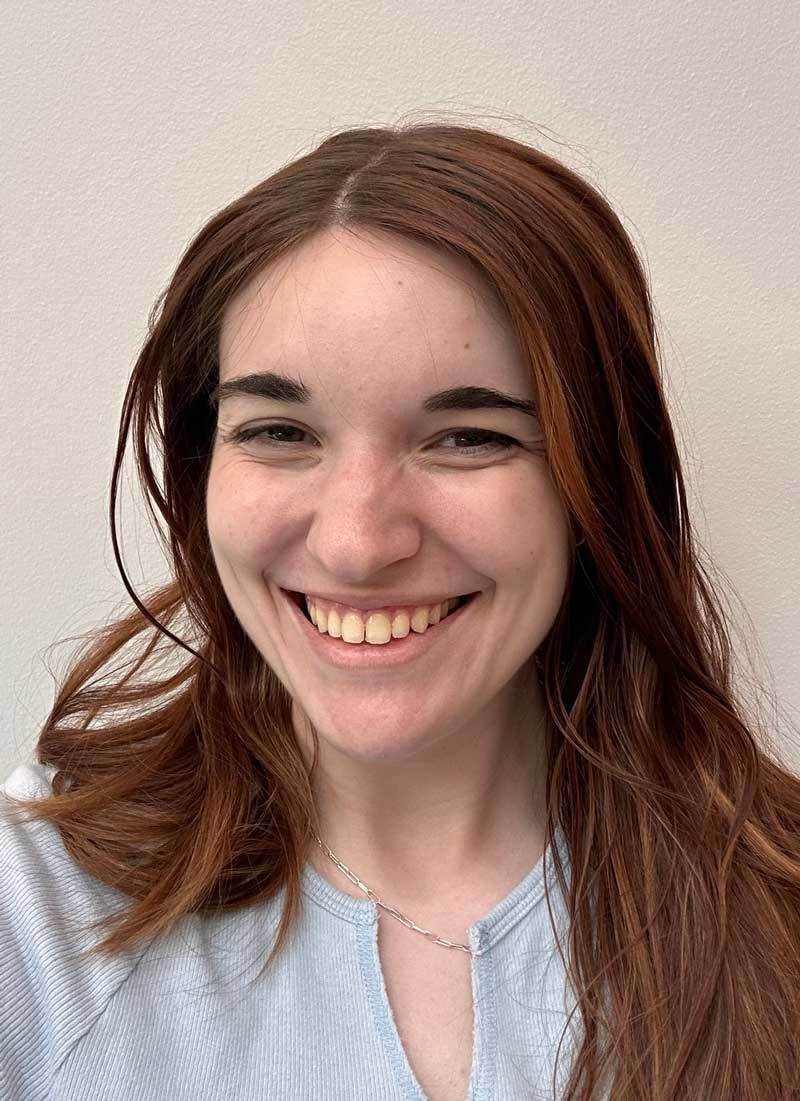 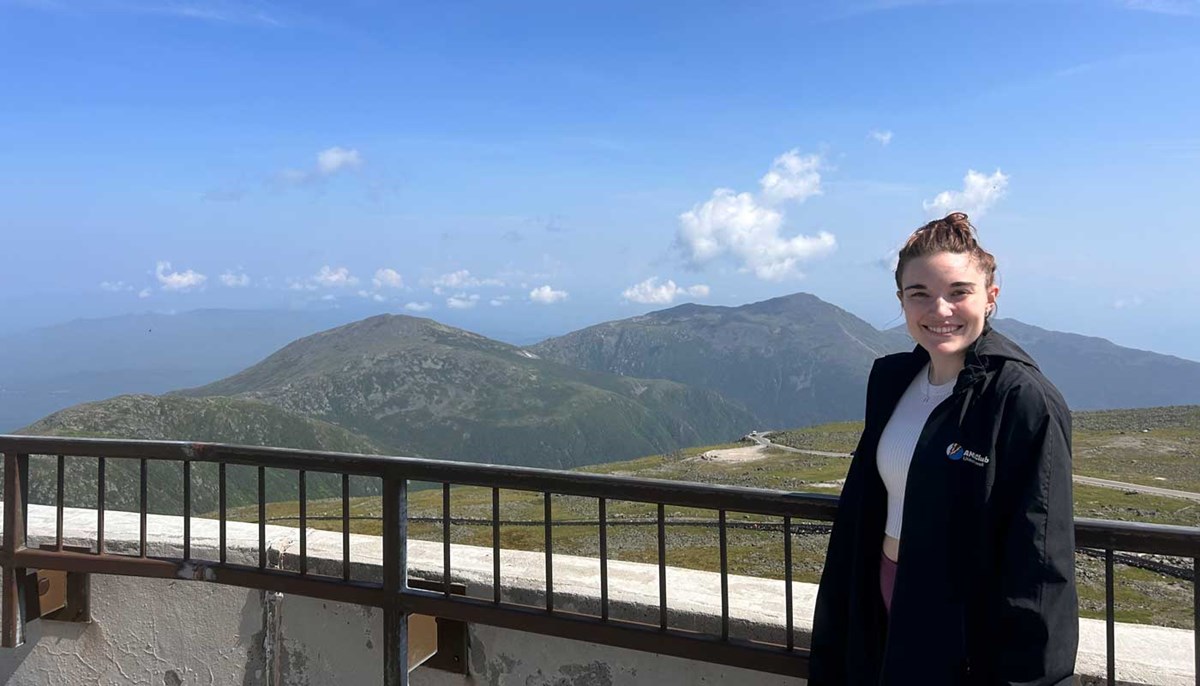 Jamie-Lyn Cavallon decided she wanted to be a meteorologist when she was 9 years old – after a tornado touched down in Westfield, Massachusetts, traveled through Cavallon’s hometown of Agawam and then devastated the neighboring city of Springfield.

The 2011 tornado – unusually severe for the region – made the national news.

“There were green skies, and it was hailing,” Cavallon says. “When something like that happens outside your back door, you don’t forget it.”

That experience led Cavallon to study meteorology at UMass Lowell, the only public Massachusetts college or university to offer the major – and a more affordable option for her than any other school she applied to. Her financial aid package includes state and federal grants and a work-study job.

Cavallon also was attracted to UML by an invitation to join the River Hawk Scholars Academy (RHSA), a “unique” supportive program for first-generation college students, she says.

The RHSA, especially Cavallon’s peer leader, Debby Fernand, helped ease her transition to college – a transition made more difficult because she, like nearly everyone else, was studying from home during the COVID-19 pandemic.

“During the pandemic, it was nice just to talk to an upperclassman to get their advice about the little things,” Cavallon says.

Cavallon joined the campus chapter of the American Meteorological Society right away. As a sophomore, she also joined Fernand on the student advisory board of UMatter2, a campus mental health initiative, and became a peer leader in the RHSA. She worked in the Office of Multicultural Affairs and then as an office assistant for the RHSA.

“Lining up the RHSA helped me line up a lot of other things,” she says. “Now, I just try to help other students any way I can, especially first-generation students going into college.”

Cavallon also wanted to join the Honors College. Although she wasn’t invited at first – “My SAT scores weren’t high enough” – her application was accepted after she earned strong grades in her first semester.

“I wanted to be in another small community and take classes outside my major,” she says.

As a junior, Cavallon says she’s excited to be the first woman president of the campus chapter of the American Meteorological Society. She’s already scheduling speakers and events, including several alumnae who work as TV meteorologists.

While she once aspired to be a TV meteorologist herself, her career goal has changed. She shares her dad’s love of golf, and she hopes to work for a private meteorology firm that provides on-site forecasts and contingency plans for extreme weather at PGA tournaments, after earning a B.S. and an M.S. here in five years.

“It’s a really cool job,” she says. “And you get to travel around the world.” In the meantime, she’s applied for a summer research internship at the National Weather Service’s storm prediction center in Norman, Oklahoma.

“Out in Norman, we’re probably going to go tornado-chasing,” she says.