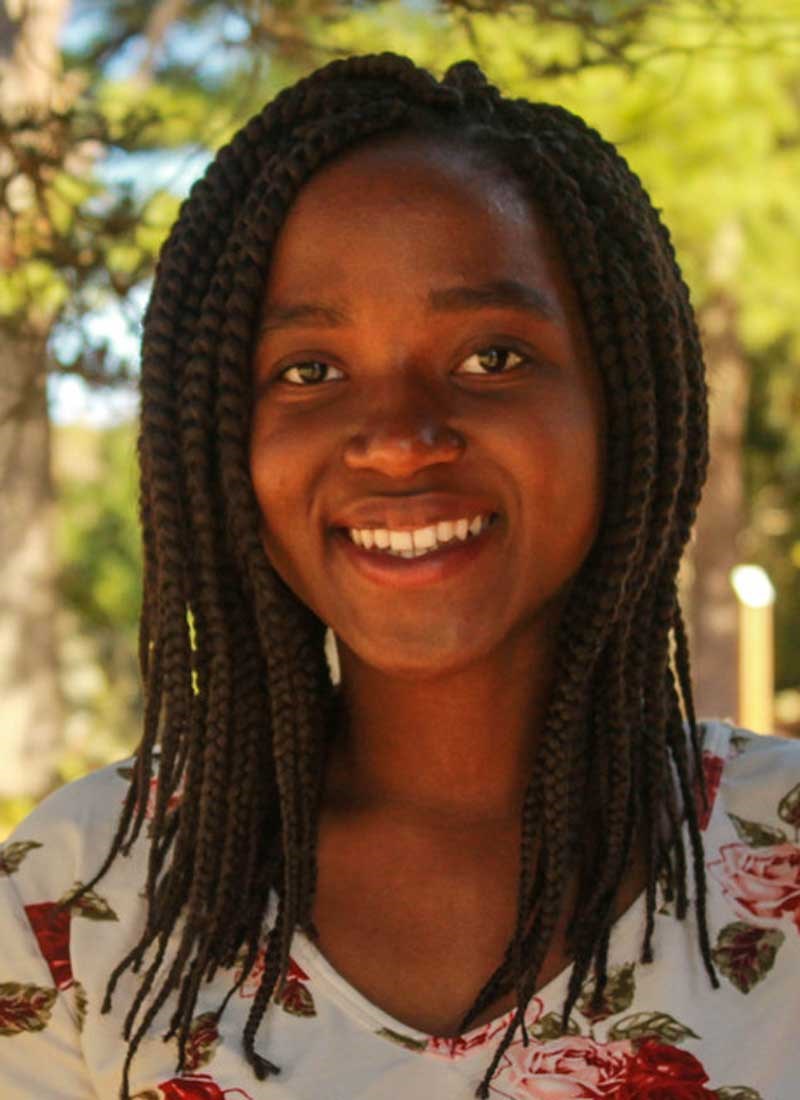 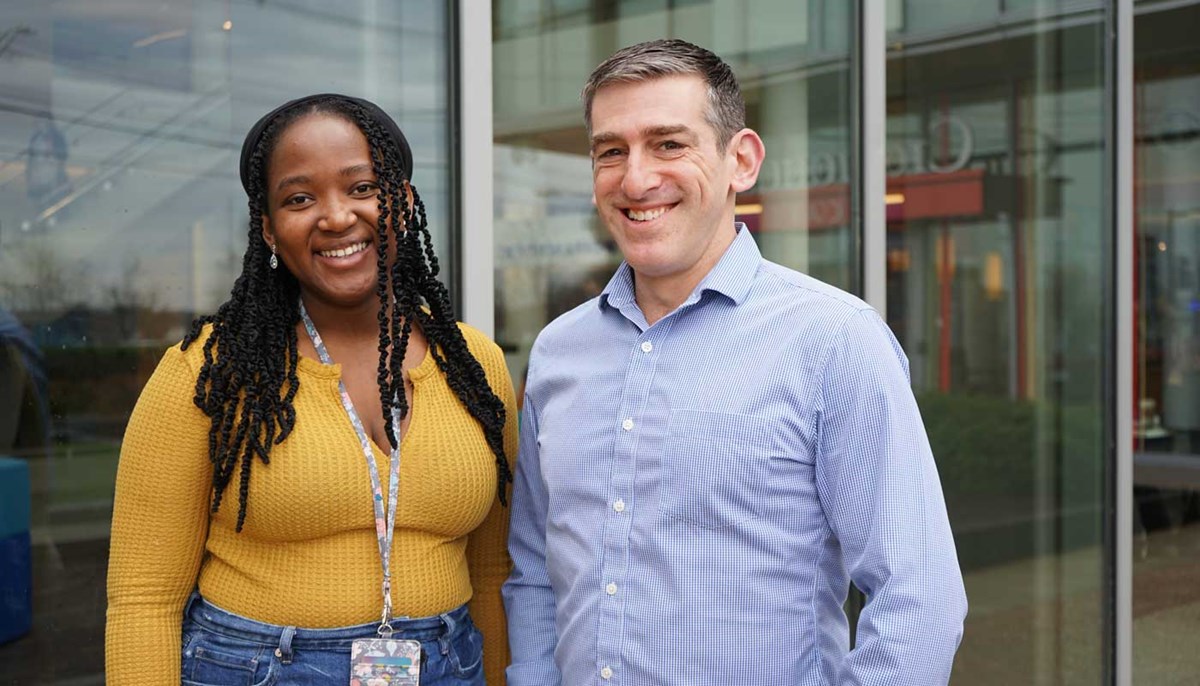 Honors student Debby Fernand chose UMass Lowell for the diversity of the campus, the strength of the Psychology Department and the university’s urban setting.

The icing on the cake was her invitation to join the River Hawk Scholars Academy (RHSA), a supportive community for first-generation college students. She made good friends during the RHSA orientation and met helpful faculty and staff, too – especially RHSA Director Matthew Hurwitz, an associate teaching professor of English who has mentored her throughout her UMass Lowell career.

“The River Hawk Scholars Academy was the first aspect of college I got to know and love,” says Fernand, who came to UML from Stoughton, Massachusetts. “I am really introverted and quiet, but I enjoyed the Welcome Day and talking about my identity as a first-gen college student. It just felt like I was part of a very special and diverse group of individuals.”

Fernand knew that she wanted to study psychology before she arrived. Several classes she took – in social psychology, community psychology and the sociology of race and ethnicity – inspired her to double-major in sociology. She also added an interdisciplinary minor, Race and Ethnic Studies.

“Taking on sociology was exciting, but it also felt like a lot, so the Race and Ethnic Studies minor helps narrow my choices when I’m picking classes,” she says. “It definitely gives me a focus.”

After making the dean’s list her first semester, Fernand was invited to join the Honors College. In her sophomore year, she applied for and got a $1,500 Honors College Student Fellowship to write a research paper on how children form their racial identities and the effects of messages they receive from parents and the media. The topic was her idea.

“I love the freedom that you have to look into different things that you like,” she says.

Meantime, Fernand had gone through leadership training to become a peer leader in the RHSA, guiding first-year students and, later, other peer leaders. That’s how she got to know Criminal Justice Asst. Teaching Prof. Yahayra Michel ’02, ’09, who mentors the RHSA’s peer and team leaders and co-directs the Race and Ethnic Studies minor.

Fernand was selected for the Emerging Scholars Program in her junior year to do research with Michel, who was analyzing corporal punishment among Latinx families. Fernand also conducted her own research on corporal punishment within Black families and its effects on children; that research became her honors thesis.

Fernand also got involved with the larger university community – something the RHSA encourages – by serving on and facilitating meetings of the university’s Student Mental Health Advisory Committee. As a work-study student with the UMatter2 mental health initiative, she created and oversaw social media messaging to students and worked on other campaigns to foster self-care and combat isolation.

“I just love being a part of this community,” she says. “I love being around faculty and staff who mirror some of my interests.”

During the summer after her junior year, Fernand got a part-time job doing ethnographic research in Lawrence, Massachusetts, helping Sociology Asst. Prof. Teresa Gonzales investigate how adults of color use outdoor public spaces. She continued the research with support from another Honors College Student Fellowship and then through Gonzales’ class in qualitative field research methods.

All of Fernand’s research, mentoring and community experiences helped her win a River Hawk Experience Distinction in Community Engagement on her diploma – and a full tuition scholarship to the master’s program in applied sociology at UMass Boston, along with a teaching assistantship.

She’s still not sure whether she will ultimately pursue a career in community-based research or work directly to build up communities. But she knows that she wants fulfilling work that will “improve the world in some way.”

“I learned that from the people at UMass Lowell who do it all for their students,” she says. “I want to be that for someone someday.”