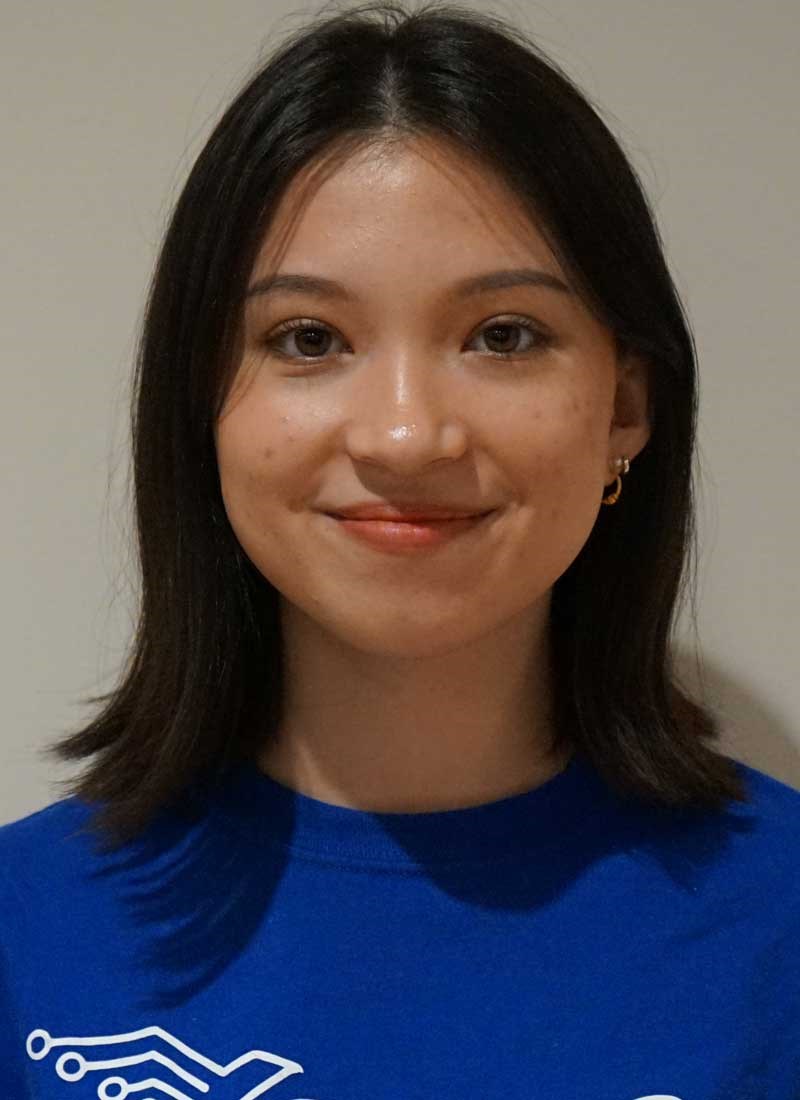 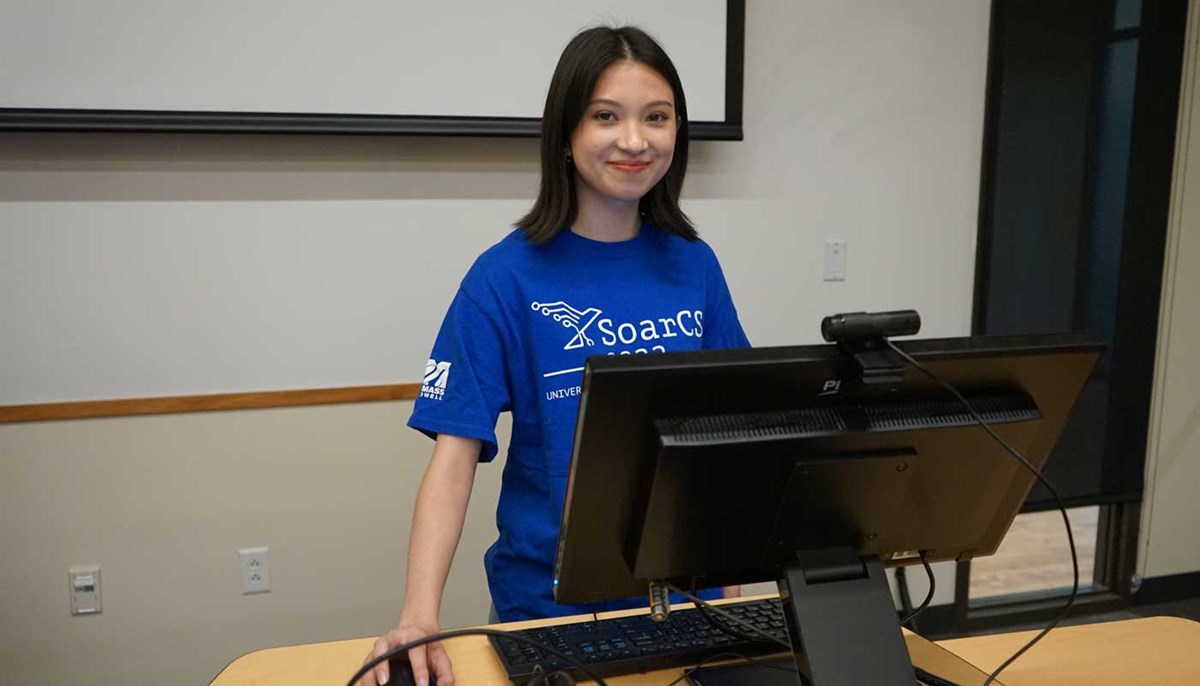 Honors computer science major Ariana Brown started gaining hands-on experience at UMass Lowell before she even began her first year at the university.

The Saugus, Massachusetts, resident took part in SoarCS, a four-week summer program for incoming computer science majors, where she learned about educational computer science technologies MYR, micro:bit and Python. As part of her final project for the program, she used MYR, a web-based platform developed by UML’s Engaging Computing Group, to create a virtual 3D swamp scene.

“For computer science, it’s so important to get hands-on experience doing projects,” says Brown. “I got coding experience during the program that I did not learn in high school.”

SoarCS connected Brown with other first-year students, who ended up in the same classes as her.

“The majority of the people that I’m close with on campus, I met during SoarCS last summer,” she says.

Brown enjoyed SoarCS so much that she came back for a second year to serve as a peer leader for the next batch of incoming computer science majors. She now teaches those students beginner coding concepts while welcoming them to the university.

She landed the job as a SoarCS peer leader thanks to the Immersive Scholars program, which she was selected to join when she got accepted at UMass Lowell. The program awarded her a $4,000 merit scholarship to work on research or projects either on campus or in the community, and she ultimately decided to use it to take on a leadership role within SoarCS.

“Being selected for the Immersive Scholars program was a big draw for me to UMass Lowell because I knew I would be getting additional hands-on experience the summer after my first year,” she says.

The internship and co-op opportunities at UML also caught the interest of Brown, who plans on doing a co-op in the spring.

“With whatever company I end up doing my co-op, it will help me figure out what job I want to look for after I graduate,” she says.