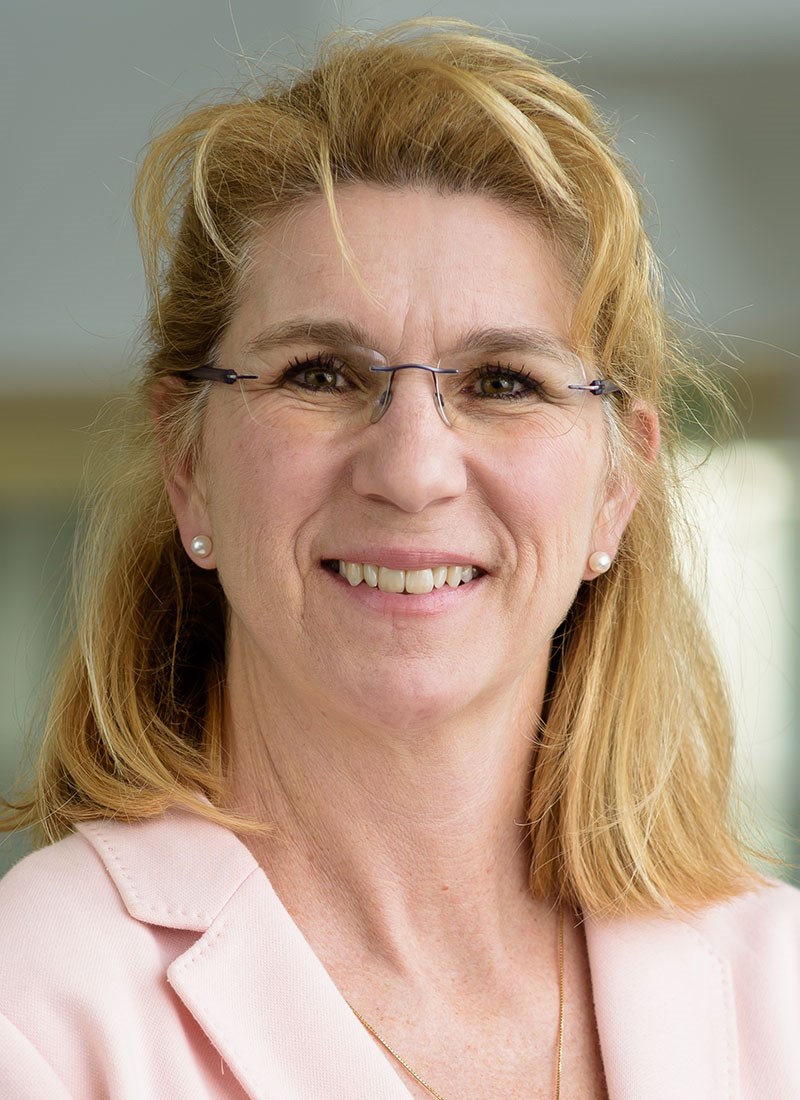 Erika Lewis, Ph.D., has been teaching in the Physical Therapy Department since 1997 and became a full-time faculty member in 2004. She has been a physical therapist since 1992 and practiced primarily in orthopedics with a specialty in Hand Therapy since 1994 (including orthopedics and plastic surgery). Lewis became a Certified Hand Therapist in 1998. Her clinical practice took place at Brigham and Women’s Hospital, Boston; New England Therapeutic Associates in Newton, Lowell and North Andover; and UMass Memorial Hospital, Worcester. She completed her doctoral degree in 2004 in Leadership and Schooling from the Graduate School of Education at the University of Massachusetts Lowell. Her dissertation was on the topic of “Emotional Intelligence, Cognitive Intelligence and Clinical Performance of Physical Therapy Graduate Students.” Her Master of Science in Physical Therapy degree was earned from the University of Massachusetts Lowell in 1992. Her undergraduate degree in Pre-Physical Therapy was in the Bachelor’s Degree with Individual Concentration (BDIC) program combining the Exercise Science major requirements, Psychology, and Dance from the University of Massachusetts Amherst. Lewis earned a certification in exercise for the geriatric population in 2010 entitled “Certified Exercise Expert for the Aging Adult.”
Lewis has been an invited lecturer numerous times on the topic of Hand Therapy and related physical therapy interventions for medical groups and physical therapists in clinical practice.  She was also an invited lecturer on the topic of Emotional Intelligence. Her articles and abstracts are published in peer-reviewed journals on the topics of hand therapy and emotional intelligence. She is a manuscript reviewer for the Journal of Hand Surgery, Journal of Hand Therapy, and the Journal of Physical Therapy Education. She has received grant funding for research including an NIH SBIR grant on “Novel Material for Conformable Splints”, a UMass President's Office Science and Technology Initiative grant, and an IDEA Inter-Disciplinary Exchange & Advancement Initiative grant. Lewis is the Co-Director of the UMOVE UMass MOVEment Research Center.
Lewis is involved in the university community as a member of the Executive Board, Vice President of the Faculty Senate, and a member of the NCAA Division 1 Self Study Committee.  She served in leadership roles as department chair of PTK for 3.5 years and as DPT Program Director for 4.5 years. She serves the profession as the Student Initiatives Coordinator for the Academy of the Hand and Upper Extremity of the APTA reporting to the Board. She has been a Research Division member for the American Society of Hand Therapists (ASHT) since 2014. Professional Service to the community includes Hands-On workshops for the elderly on common upper extremity injuries, balance testing and home safety awareness. She is a member of the American Society for Hand Therapists, and the American Physical Therapy Association (including the Academy of Hand and Upper Extremity, Academy of Orthopedics and the Education Academy of the APTA).