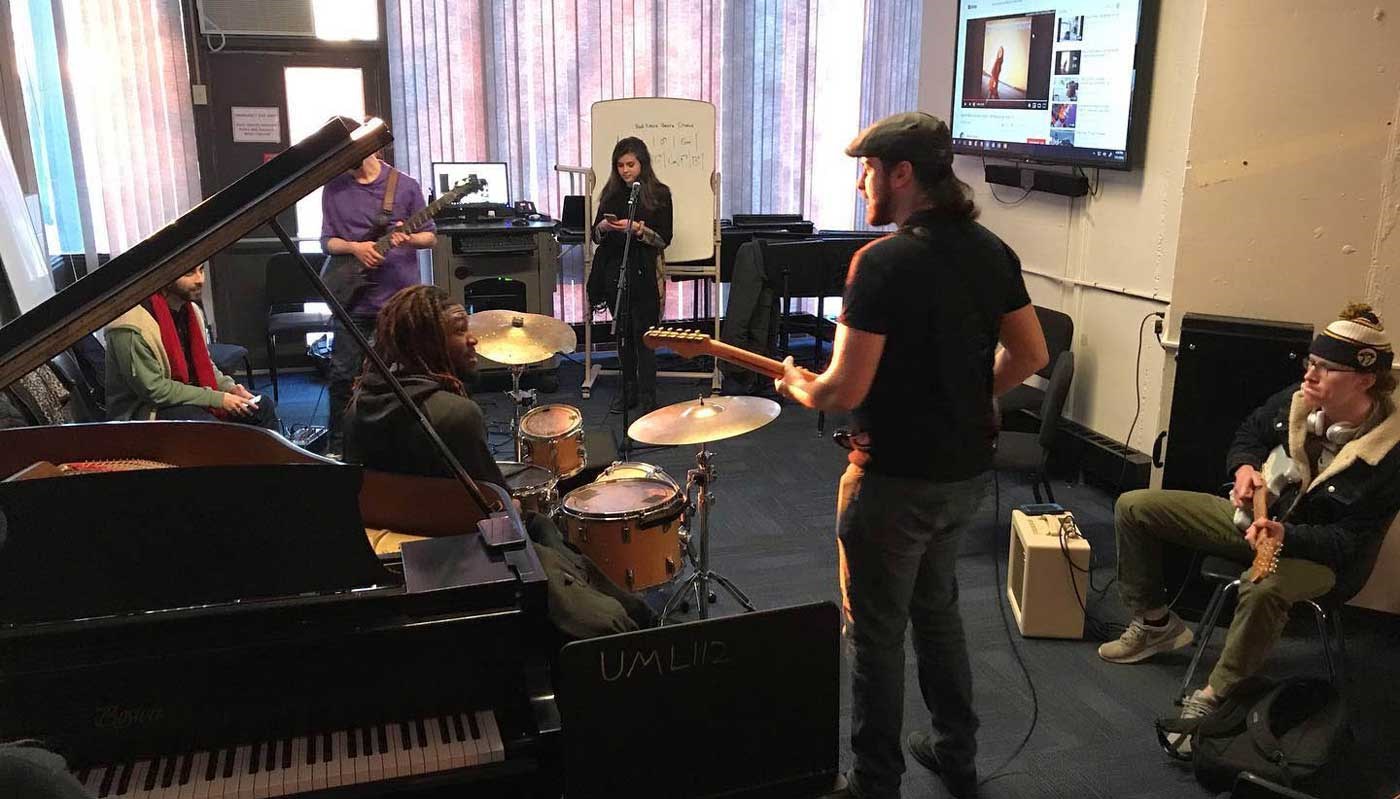 Interested in majoring in Music? Come check out UMass Lowell! Spend the day going to classes, meeting faculty and students, and attending a special concert featuring music majors. See for yourself what Music at UMass Lowell can offer you!

Mark your calendars and stay tuned for more details and a link to register for this event.

The UMass Lowell Music Department was proud to host multiple Grammy award winning pianist/composer/harmonica player Howard Levy for three days of workshops and a special concert.
Mr. Levy is a founding member of the Flecktones and has played on over 250 albums and numerous movie soundtracks. The workshops entitled, "A World of Possibilities: Patterns in Music and Improvisation," were open to the public and free of charge.

Howard Levy & Chris Siebold
Harmonica, keyboard, guitar & percussion - November 2012
Howard Levy won the Grammy for Best Instrumental Composition in 2012 with Bela Fleck for their co-written Life in Eleven. Chris Seibold is a multifaceted musician and educator who plays in many styles and with many different ensembles in the Chicago area. He has been playing guitar, mandolin and percussion with Howard for many years.