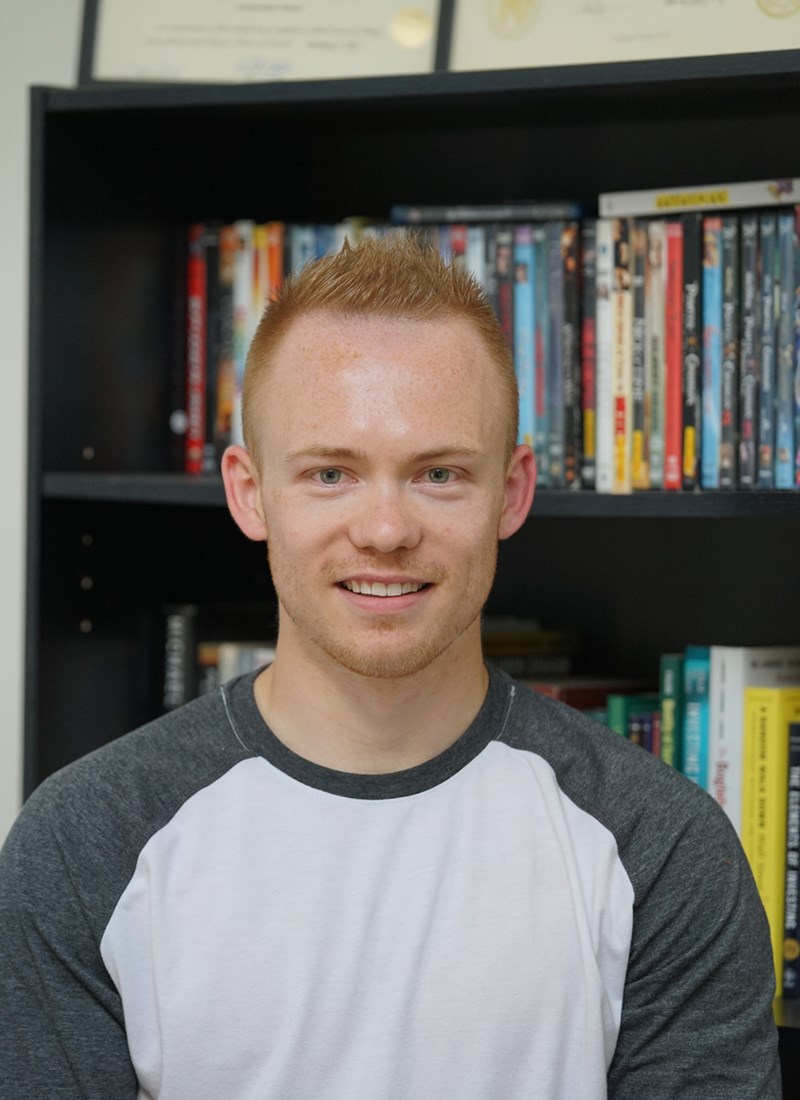 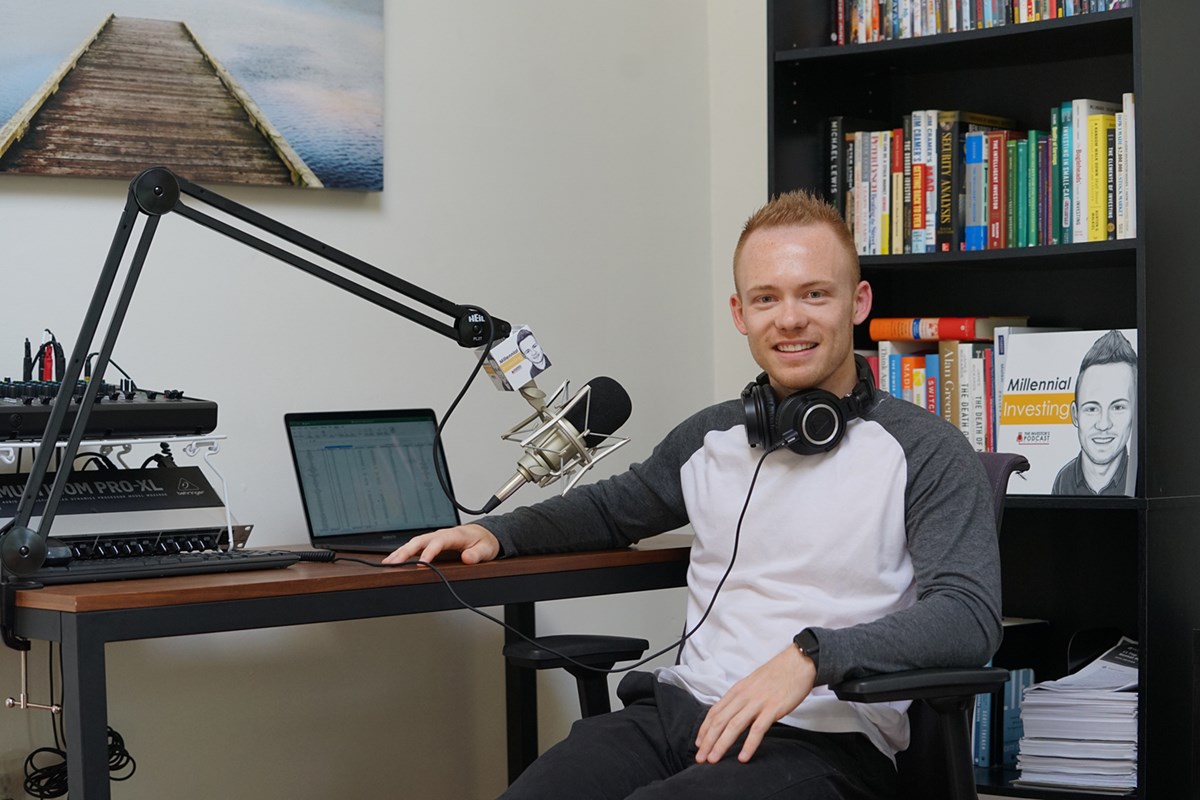 Like an estimated half of all millennials, Manning School of Business alum Robert Leonard ’16, ’18 has a side hustle.

“I’ve probably started a dozen different side hustles — little projects, this or that — since starting my career,” says Leonard, whose full-time job is as finance manager at DN Tanks, a company based in Wakefield, Mass., that makes concrete liquid storage tanks for municipalities. “It’s all about not giving up and trying new things.”

Leonard’s latest side hustle (or, work to supplement regular income) is hosting his own podcast, “Millennial Investing.” Launched on the Investor’s Podcast Network, it’s the first spinoff of the popular “We Study Billionaires” podcast hosted by Preston Pysh and Stig Brodersen, a show that has more than 30 million downloads.

“That’s the first podcast I ever listened to years ago. I’ve been a big fan of their show forever,” says Leonard, who earned bachelor’s and master’s degrees in business administration from the Manning School. He began writing business analysis articles for the network’s blog, and when he heard they were looking to launch new podcasts, he pitched his idea for a show aimed at millennials.

“The show is tailored toward all kinds of investing, not just stock investing, but also real estate investing and investing in yourself,” says Leonard, who interviews successful entrepreneurs and young business leaders via Skype from his home podcast studio during the weekly episodes, which typically run 30-40 minutes long. “Millennials have a lot of questions on how to invest and what to do with their money; I want to help them with that.”

As for Leonard’s other side hustles, he also runs his own real estate investment firm, Piranha Capital. Through that work, Leonard and a business partner are also developing an interactive online platform for real estate investors called Wiserei.

“I started searching for something that we needed as investors and found a hole in the market,” says Leonard, who solved the problem by building his own “archaic” Excel tool. He shared a screenshot of the tool with several thousand people in a real estate Facebook group that he belongs to, and the feedback was overwhelmingly positive.

Leonard started college at UMass Boston but transferred to UMass Lowell after one semester. As a student, he worked as a financial service rep and loan officer at Digital Federal Credit Union and landed financial analyst internships at Autoliv and Abt Associates through the Career and Co-op Center.

“The breadth of the coursework has really helped me a lot in my career,” says Leonard, whose MBA concentrations were in accounting and finance.

“I have a lot of things going on, but I’m entrepreneurial because I want to work,” Leonard says. “I love it. I would do it even if I didn’t have to.”