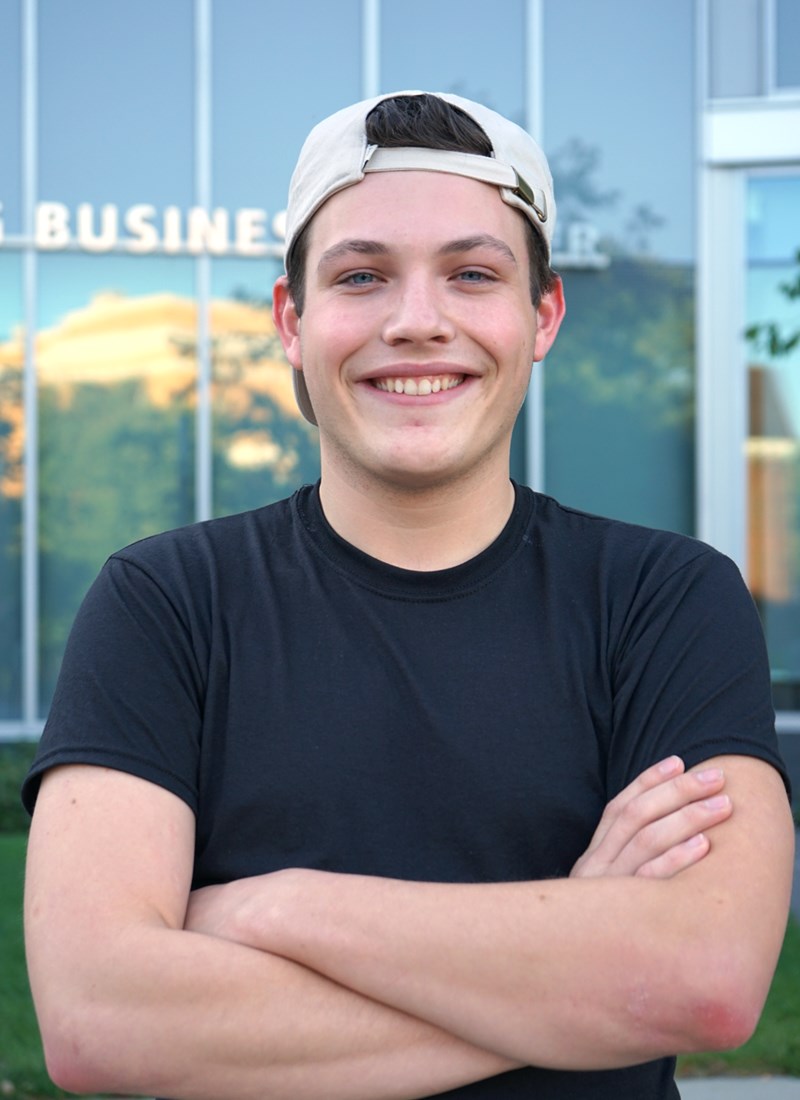 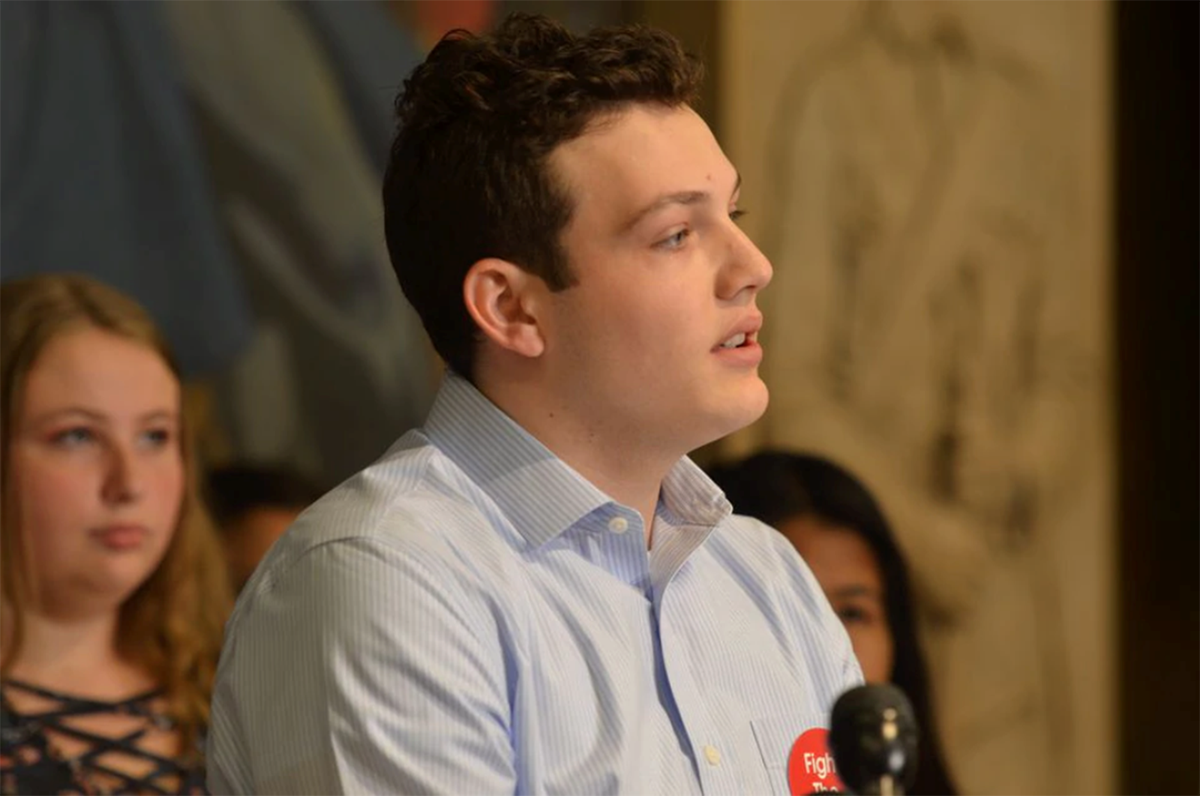 Matt Murphy took his first puff of a Juul e-cigarette during the summer of 2016, before his senior year at Reading High School. He soon became addicted.

Two years later, he quit being “a slave to the stick,” although it was a struggle. Now he speaks out on the teen vaping crisis every chance he gets.

He found a platform shortly after he quit. He was following news coverage of the rise in teen vaping, but Murphy felt that it wasn’t urgent enough. So when The New York Times asked readers who vaped to share their experiences, he wrote in.

The result was a New York Times profile of him, his vaping habit and his struggle to quit.

After that, Murphy, a junior in the Manning School of Business, found himself in the anti-vaping spotlight. Local and national media sought him out for interviews. He has testified at the Massachusetts State House in favor of a bill that would ban the sale of all flavored tobacco products, including vapor pods, except in adult smoking bars.

The Truth Initiative, an anti-tobacco nonprofit, offered him a fellowship and flew him to Washington, D.C., for training in effective advocacy. The Truth Initiative is also helping him to develop a vaping prevention program for schools, which he piloted recently at Hotchkiss, a private high school in Connecticut.

“I had quit, so they were listening with open ears,” he says.

Murphy began his college career as a pre-dental student at the University of Vermont. As he tackled a tough schedule of science and math classes, the bills mounted. So he took a hard look at the total debt he was likely to incur as an out-of-state student and then in dental school and concluded it wasn’t worth the cost.

He transferred to UMass Lowell so that he could live at home in Reading and pay in-state tuition. He also changed his major to business, and is now pursuing concentrations in finance and accounting. He hopes to get a job in finance right after graduation.

“This university has a good reputation, and I sense a grittiness to the culture here, which I like,” he says. “I thought a business major would be beneficial and applicable, no matter what field I go into. And I want financial freedom.”

Now he’s working three jobs – in a roofing supply warehouse, in an office and on a cupcake truck that he drives to farmers’ markets on weekends – while studying full time.

It hasn’t left him a lot of time for campaigning against vaping, but he hopes to work with UML nursing students doing vaping education programs in local schools. He thinks his own experience will add value to their outreach efforts.

He’s become even more concerned about the popularity of vaping among teens since public health officials have linked several deaths to vaping of synthetic marijuana.

“At first I thought, ‘Vaping is great! They figured out how to make nicotine non-carcinogenic.’ But it turns out it’s not all peaches and cream,” he says.

“I plan to stay involved with this issue as long as I can be effective.”