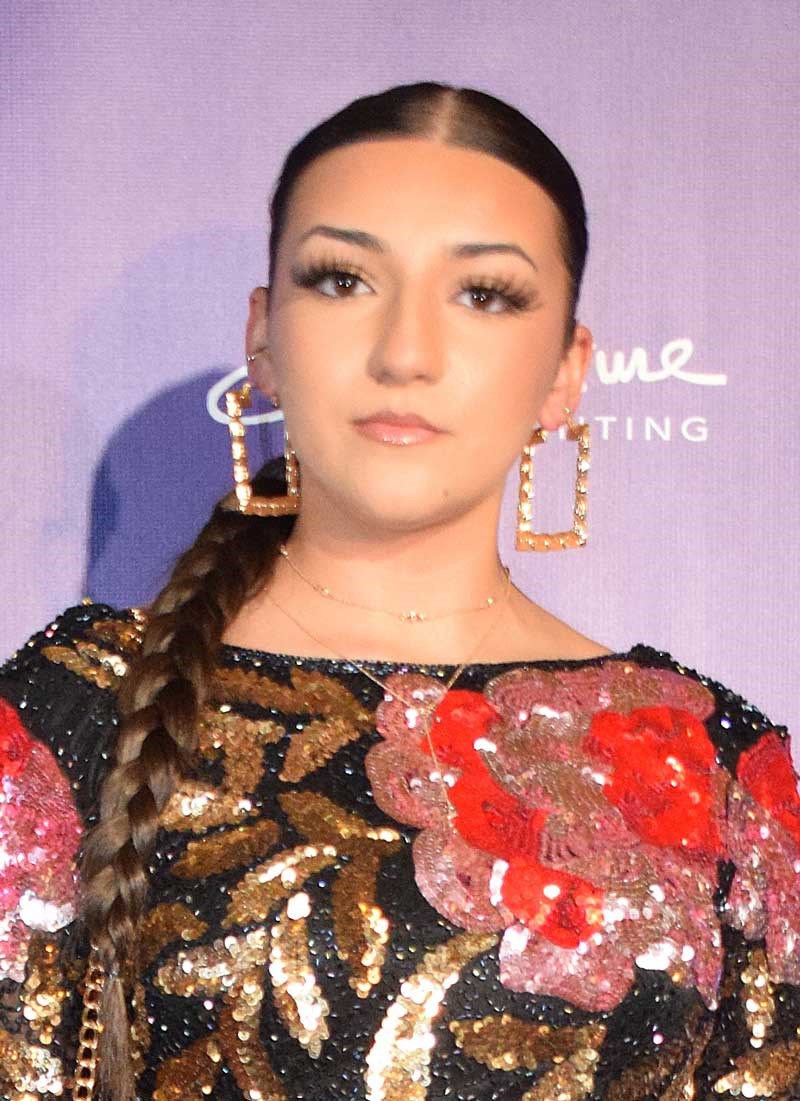 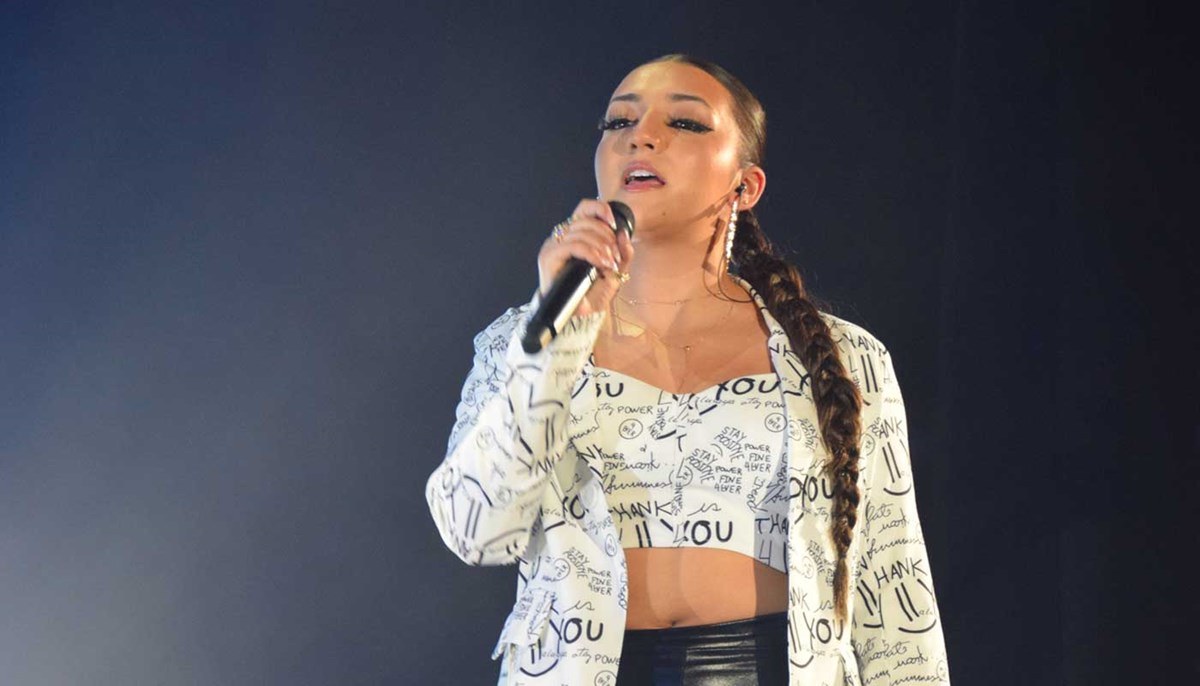 Karina Alves grew up in Stoughton, Massachusetts, listening to and singing with her aunt, Michelle Romeiro, a Portuguese American vocalist.

Now, Alves is a singer-songwriter in her own right and was one of two finalists in the “New Talent” category for the 2022 International Portuguese Music Awards. She performed her song “Without Me” on stage with a live band in Providence, Rhode Island, for the finals. Although she didn’t win, she said it was a great experience that gave her greater visibility as an artist.

Except for the school chorus at her middle school, Alves has no formal training.

“I always loved to sing. I would just sing all the time, especially because my aunt sang,” she says.

Alves began writing her own songs – in English – as a senior in high school, but she says she got serious about music as a first-year student at UMass Lowell. Now, friends shoot videos of her on campus and in different locations, and she works with a producer on instrumental accompaniments. She posts her music videos, which she describes as “funky R&B,” on YouTube under her artist’s name, K45 (or K45arina).

Alves is equally passionate about bringing a social justice perspective to criminal justice and corrections reform, so she’s crafting her own course of studies through the Bachelor of Liberal Arts Program.

She’s also taking courses in digital media so she can learn more about filming and editing music videos. And she did a directed study in music and entertainment law with the director of the Legal Studies Program, Assoc. Teaching Prof. Walter Toomey.

“He was super-considerate in doing this with me, even though I’m not sure if I will go on to law school,” she says.

Alves says her passion for social justice came from seeing the hostility and racism directed toward some of her non-white friends. “Obviously, I can’t know what it’s like to experience it directly, but being a witness to it was powerful,” she says.

A class, Institutional Corrections, gave that passion a focus. It was taught by Asst. Prof. Joshua Long, who does research on prisons.

“That class was what made me super-passionate about prisons specifically,” Alves says. “I was always drawn to do what I can about inequality and serve justice, but that class taught me about how society is ‘Out of sight, out of mind’ when people go to prison.”

The class also included a tour of the Middlesex County jail, which has a music studio in its unit for young adults – inmates who are the same age as college students.

While Alves hopes to become a professional singer-songwriter full time, like her aunt, that music studio in the jail showed her a way she might combine her passions, perhaps by working with a nonprofit that does music workshops with inmates.

“That’s my deepest passion: prison reform and exoneration of people who are wrongfully convicted,” she says. “I think there’s always room for forgiveness and mercy and for people to change.”