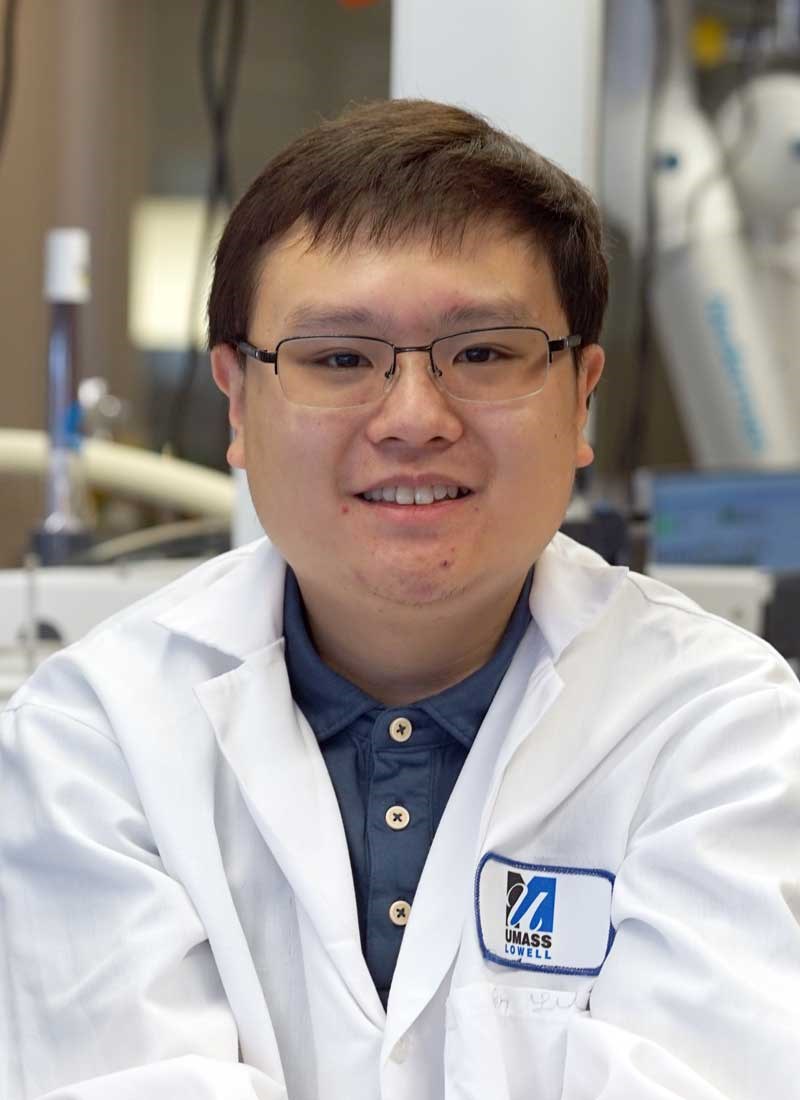 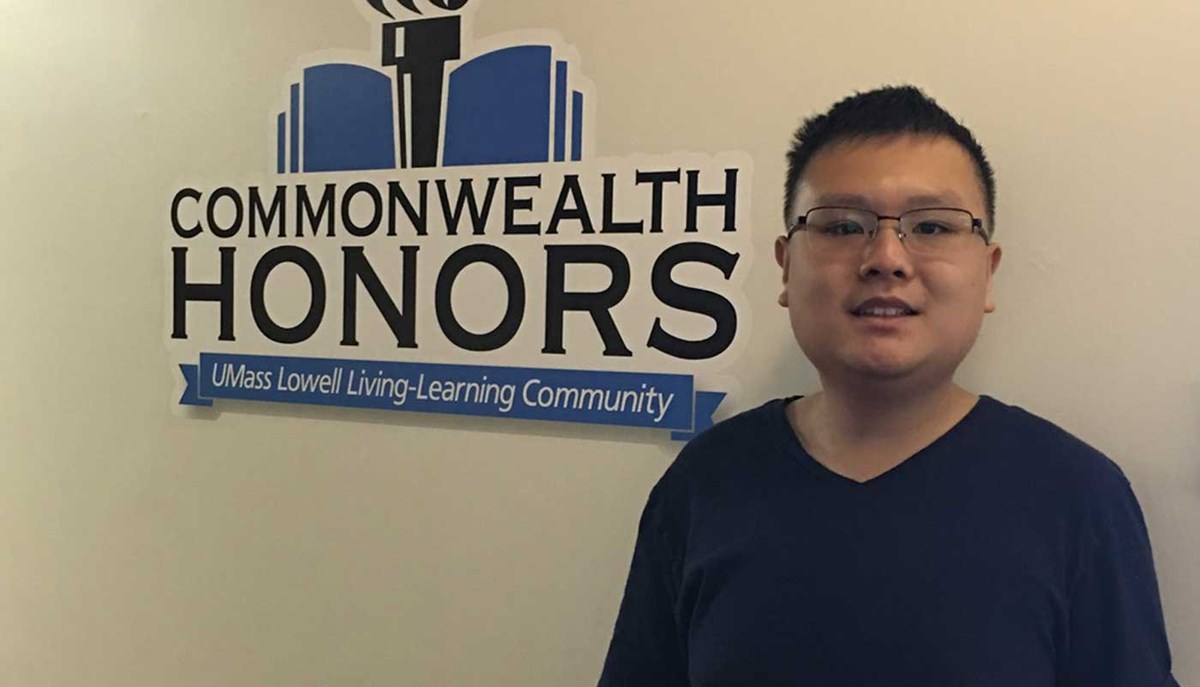 Looking back, Evan Yu can only shake his head and laugh. When he was a first-year undeclared engineering student, he was unaware of UML’s internationally recognized plastics engineering program.

While exploring his options during his first semester in the Francis College of Engineering, he took a tour of the Plastics Engineering Department and saw its assortment of machinery in Ball Hall. “This is pretty interesting,” the Brookline, Massachusetts, native thought to himself.

“No one really focuses on electronic waste — what happens when you throw away your old TV,” he says. “Over time, these additives and flame retardants in plastics get released and go into the environment, and that causes a big environmental hazard.”

Yu hopes the research work will contribute to the public’s understanding of the problem.

“I’ve always been driven to help people,” he says.

While he could have gone the mechanical or civil engineering route, “building bridges and making sure things don’t fall down,” Yu says he was drawn to the science of plastics.

“Something about the science really clicks with me,” he says. “In our research, we do more with the chemical aspect of materials. We are dealing with molecular interactions between solvents and plastics.”

Yu, who expects to pursue a master’s degree, has co-authored three papers as an undergrad and was leading a paper of his own as a senior.

“He has been very productive during his three years in my lab,” Chen says. “Anywhere he goes, I think the institution will be lucky to have him. I am so proud of him.”