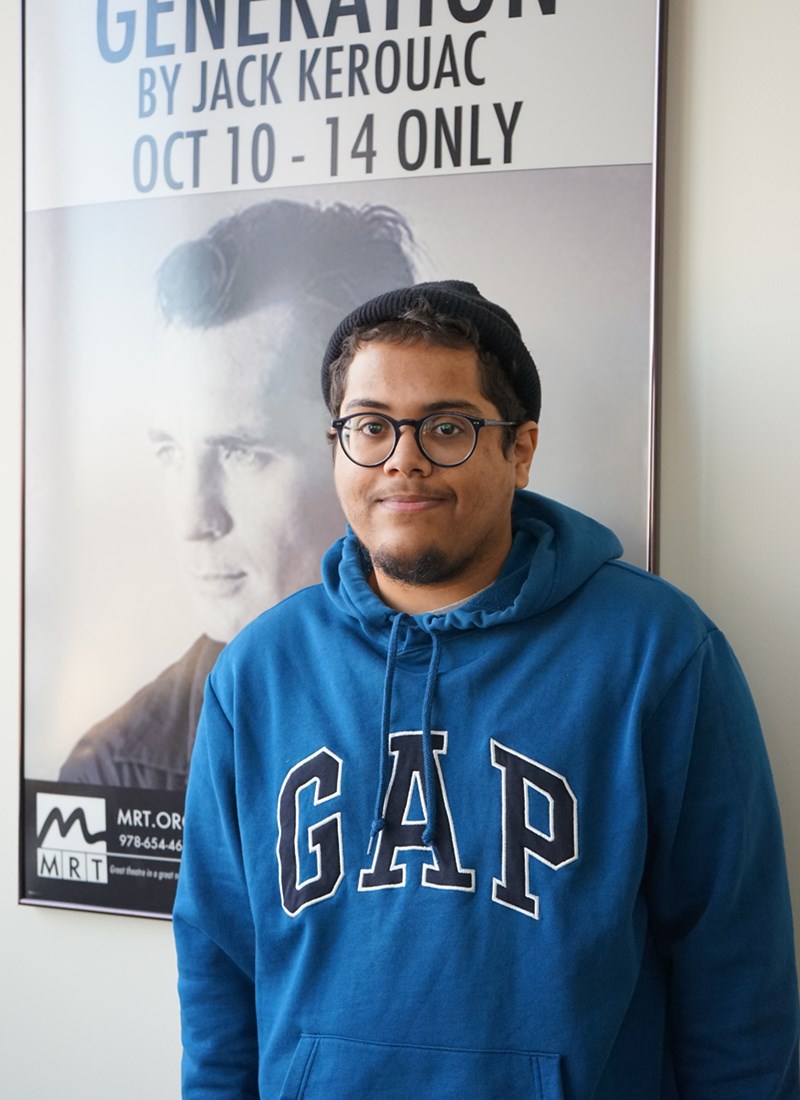 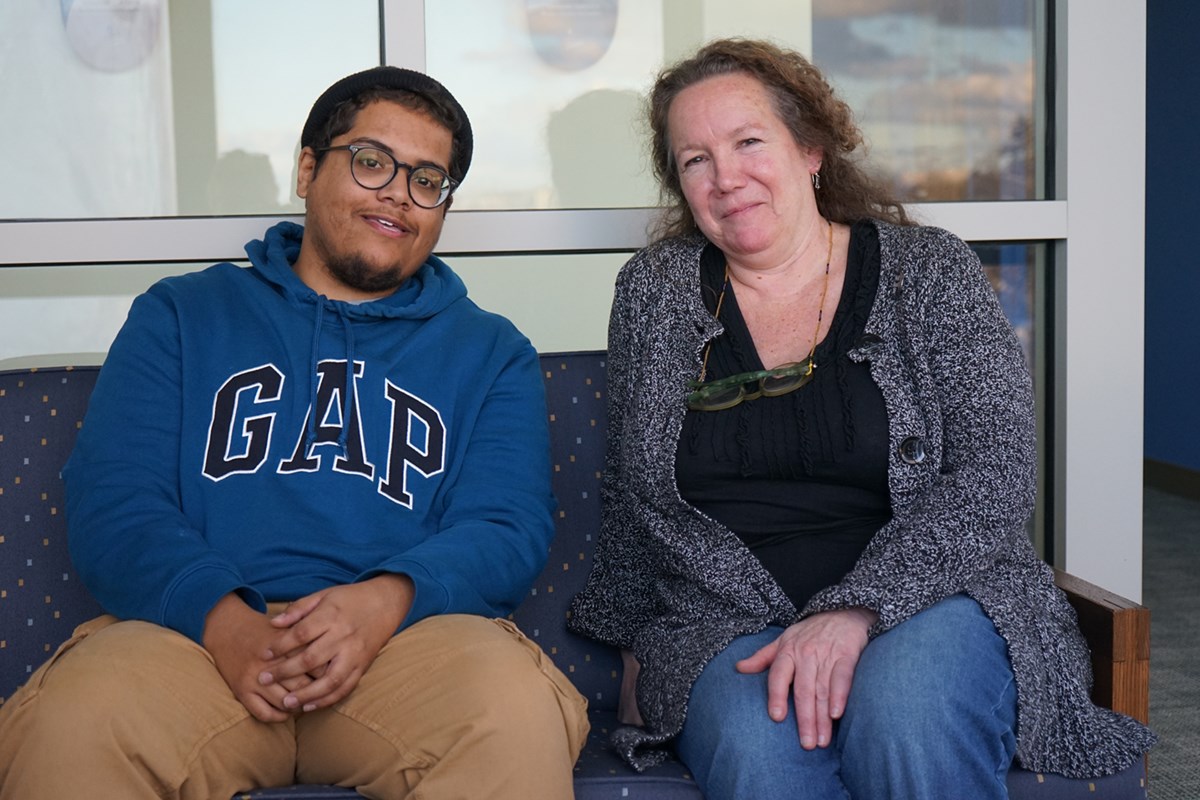 Rosario grew up in Lowell, and he got good grades in elementary school. But in middle school, due to peer pressure, “I started doing stupid things,” he says. He skipped so many days of school during his freshman year at Lowell High School that he wound up in court for truancy.

At first, Rosario didn’t take the court supervision seriously. But he got the help he needed: He was sent to Lowell Middlesex Academy Charter School, an alternative high school program for teenagers at risk of dropping out.

“They saw that I had potential, people pushed me that way, and I got refocused,” he says. “They really helped me with staying determined and being more responsible.”

Now, he’s an honors English major with a concentration in creative writing. His honors capstone project is a long-form piece of literary nonfiction comparing his own path to that of a close friend who didn’t get the same help – and ended up in prison. Rosario visits his friend there often, and is watching him try to turn his life around, too, against much greater odds.

Rosario ended high school feeling better about himself personally and academically, but he wasn’t sure about going to college. He’d enjoyed a dual-enrollment English class at Middlesex Community College, though, so he signed up to study there part time. Without the structure and discipline of high school, he struggled.

“The first month or so, I wanted to drop out, but my parents pushed me to keep trying,” he says.

He stuck with it, and graduated with his associate degree in liberal arts with a creative writing concentration.

“Creative writing helped me vent. A lot of issues that I had, I worked out through writing, and then I began to appreciate the craft more,” he says. “Now, instead of listening to music, I read a book. I don’t even like being on my phone that much.”

Again, Rosario wasn’t sure about continuing his education, but an advisor told him not to limit himself. He transferred to UMass Lowell – and he was invited to join the Honors College.

Through a pair of classes with Assoc. Prof. Maureen Stanton, an award-winning author who teaches creative nonfiction, Rosario began working on the piece about his friend, and he’s continuing through a directed study.

Stanton encourages him to think big, he says. He’s also motivated by her journey as a writer, which included quitting a good job at age 35 and living lean for a decade while she learned the craft, went to graduate school and began teaching and publishing.

“She’s really determined, and she takes risks,” he says. “She helps me with resources, concepts and techniques, and she gives me good direction and feedback.”

Rosario has taken several honors classes that have helped him with both his writing and his subject matter, including a reading and writing seminar on Henry David Thoreau with Prof. Marlowe Miller and honors Introduction to Criminal Justice with Assoc. Prof. Melissa Morabito.

He especially enjoyed the fall Honors Symposium on the Harlem Renaissance, with lectures by History Prof. Robert Forrant, Assoc. Prof. of English Keith Mitchell and Asst. Teaching Prof. Timothy Crain in the Music Department. It added to his appreciation of African American history and culture, he says.

His next big project is an internship with Lowell Community Health Center, where he will be helping to write 50 stories about 50 people to celebrate the center’s 50th anniversary. Then he will apply for more writing internships and start trying to get published.

His professors and the Honors College staff want him to succeed, he says, just like his teachers and advisors at the charter school and Middlesex Community College, whom he still visits. And that’s made all the difference.

“The people in the community are really helpful,” he says. “The faculty are understanding, and if you have personal issues, they’ll work with you.”