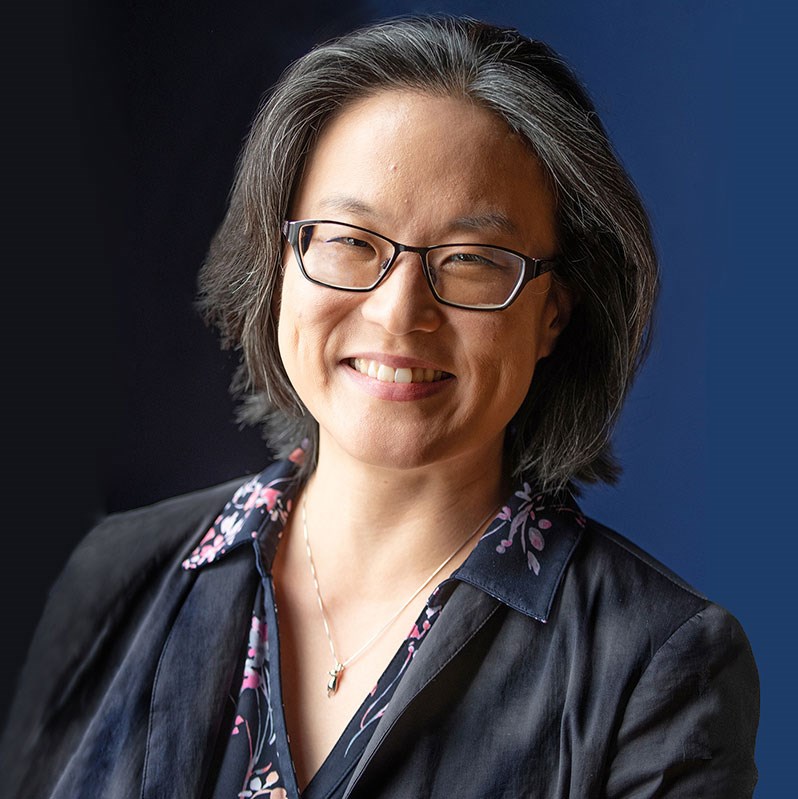 The relationship of narrative forms to race, gender, and class/capitalism; cognitive cultural studies; studies of affect (particularly anger and empathy) in late capitalism; postmodern literature and what comes "after" postmodernism.

Sue J. Kim is Professor of English and Co-Director of the Center for Asian American Studies.

She is the author of "On Anger: Race, Cognition, Narrative" (Univ of Texas, 2013) and "Critiquing Postmodernism in Contemporary Discourses of Race" (Palgrave, 2009). She is co-editor (with Meghan M. Hammond) of "Rethinking Empathy Through Literature" (Routledge 2014), and she served as guest editor for “Decolonizing Narrative Theory,” a special issue of the Journal of Narrative Theory (Fall 2012). Her essays have appeared in journals such as Modern Fiction Studies, Narrative, College Literature, and the Journal of Asian American Studies, and in essay collections such as Narrative Theory Unbound: Queer and Feminist Interventions, Postmodern Literature and Race, and The Business of Entertainment. She was UMass Lowell Nancy Donahue Endowed Professor in the Arts from 2015-2017.

She is co-editor of the "Cognitive Approaches to Culture" series at Ohio State University Press.

She is Project Director of the Southeast Asian Digital Archive at UMass Lowell, which seeks to create a sustainable, user-friendly repository of cultural heritage materials from Southeast Asian American communities in the Lowell, MA. region. The SEADA has received support from the National Endowment for the Humanities, the UMass Creative Economy Fund, the Lowell Cultural Council (an agent of the Massachusetts Cultural Council which receives funding from the Massachusetts Legislature and the National Endowment for the Arts), and the Chancellor's 2020 Challenge Grant.

She currently serves on the Executive Council of the International Society for the Study of Narrative (2015-17) and on the Association for Asian American Studies Board of Directors (2016-2019). She formerly served as co-chair of the Modern Language Association’s Committee on the Literature of People of Color of the U.S. and Canada. She was also co-chair of the East of California section of the Association for Asian American Studies (2012-14) and was coordinator of the 2014 International Conference on Narrative in Cambridge, MA. She earned a bachelor’s degree in English from Dartmouth College and doctoral degree from Cornell University.