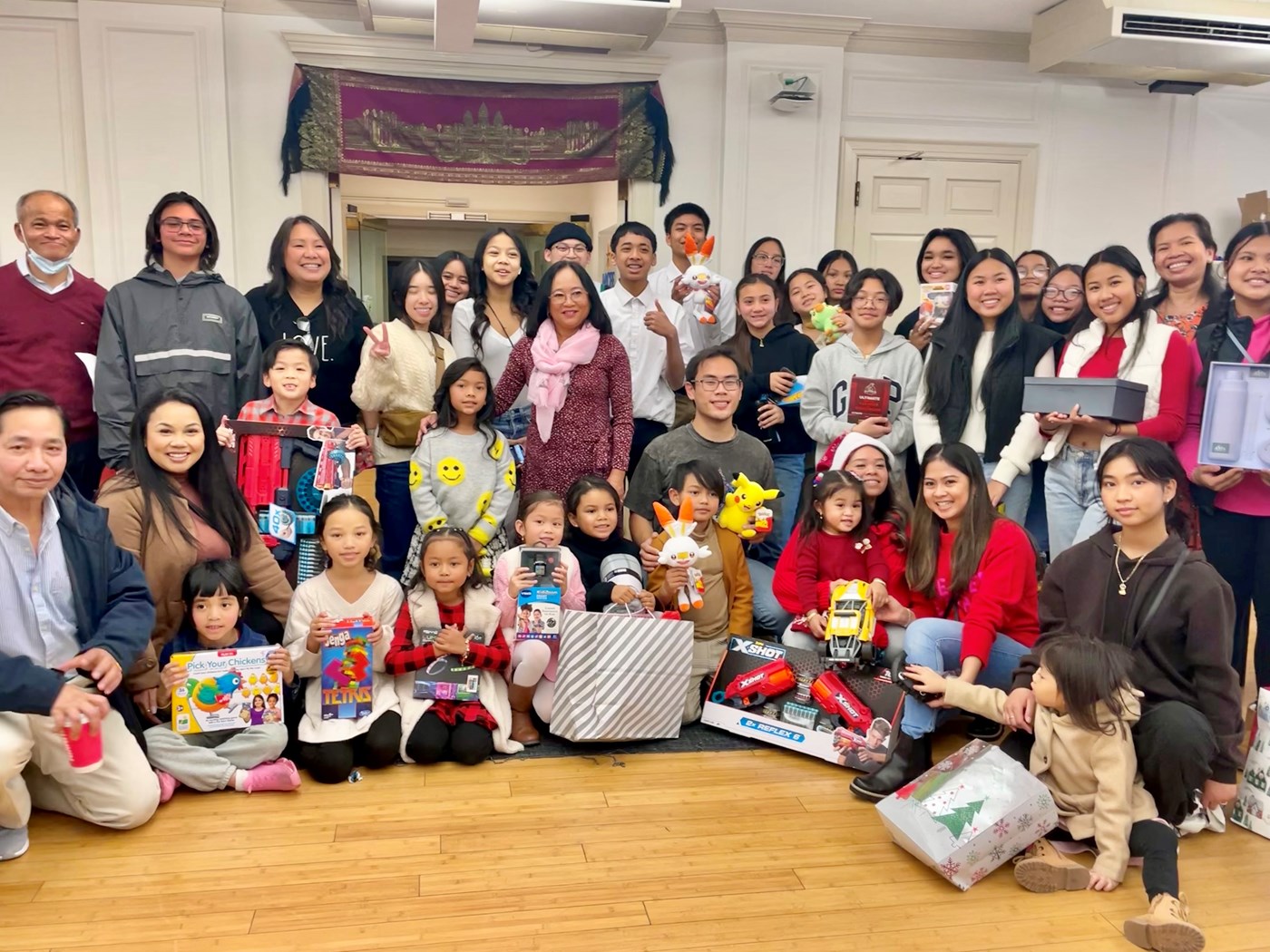 The Center for Asian American Studies (CAAS) is proud to collaborate with a number of community partners on several ongoing projects.

The ADT was founded in 1986 by Mr. Tim Chan Thou, Angkor’s Program Director, together with a small group of dancers who learned Cambodian dance in the refugee camps along the Thai-Cambodian border. The organization has two driving objectives:

Since its inception, Angkor has enrolled more than 1,200 young people from the Greater Lowell area, ranging in age from five to 18, primarily, but not exclusively, Cambodian American. ADT has received many accolades for its achievements, including the national Coming Up Taller Award for youth arts groups that was presented at the White House. Find out more on the Angkor Dance Troupe website.

Founded in 1984, CMAA is dedicated to improving the quality of life for Cambodian Americans and other minorities and economically disadvantaged persons in Lowell through education, cultural, economic, and social programs.

Flying Orb’s mission is to explore urban American life and to help young Southeast Asian Americans in the community to express and understand themselves in positive ways. Since its founding in 2005, Flying Orb has produced a number of films that have been shown at Seattle’s True Independent Film Festival, the Boston Underground Film Festival, and the prestigious Santa Cruz Film Festival. Its multimedia performance piece, "The Nectar of Immortality," which interprets Khmer mythology and dance through a modern lens, premiered in 2011 to a full house over two nights at Lowell’s Boott Cotton Mill Museum. Find out more on the Flying Orb website.

LCHC provides high quality, affordable health care to children and adults of all ages, regardless of their ability to pay. LCHC has served communities in greater Lowell since 1970 and has grown to include many special services in addition to comprehensive primary health care. CAAS is working with a number of programs at LCHC, including Metta Health Center and Teen Block. Find out more on the Lowell Community Health Center website.

Founded in 1979, the MRT is a professional, non-profit theater company with a mission to “advance the cause of human understanding through the art of theater.” CAAS will cosponsor the first UMass Lowell Night for students on Wed., Sept. 24, 2014, during the MRT’s production of "Year Zero," a play about Cambodian American youth. Find out more on the Merrimack Repertory Theatre website.

Founded in 2012, SayDaNar Community Development Center seeks to create a community where refugees, new immigrants, and all other community members work together to help each other become successful and self-sufficient participants in American society while celebrating their rich cultural heritage.

SayDaNar provides advocacy, education and services promoting self-efficacy and empowerment of new immigrants and refugees to enhance their economic, health, educational and employment status in the United States to become active citizens contributing positively to their wider communities. SayDaNar grew out of the network of volunteers in Lowell previously known as the Burma Volunteer Group (BVG).