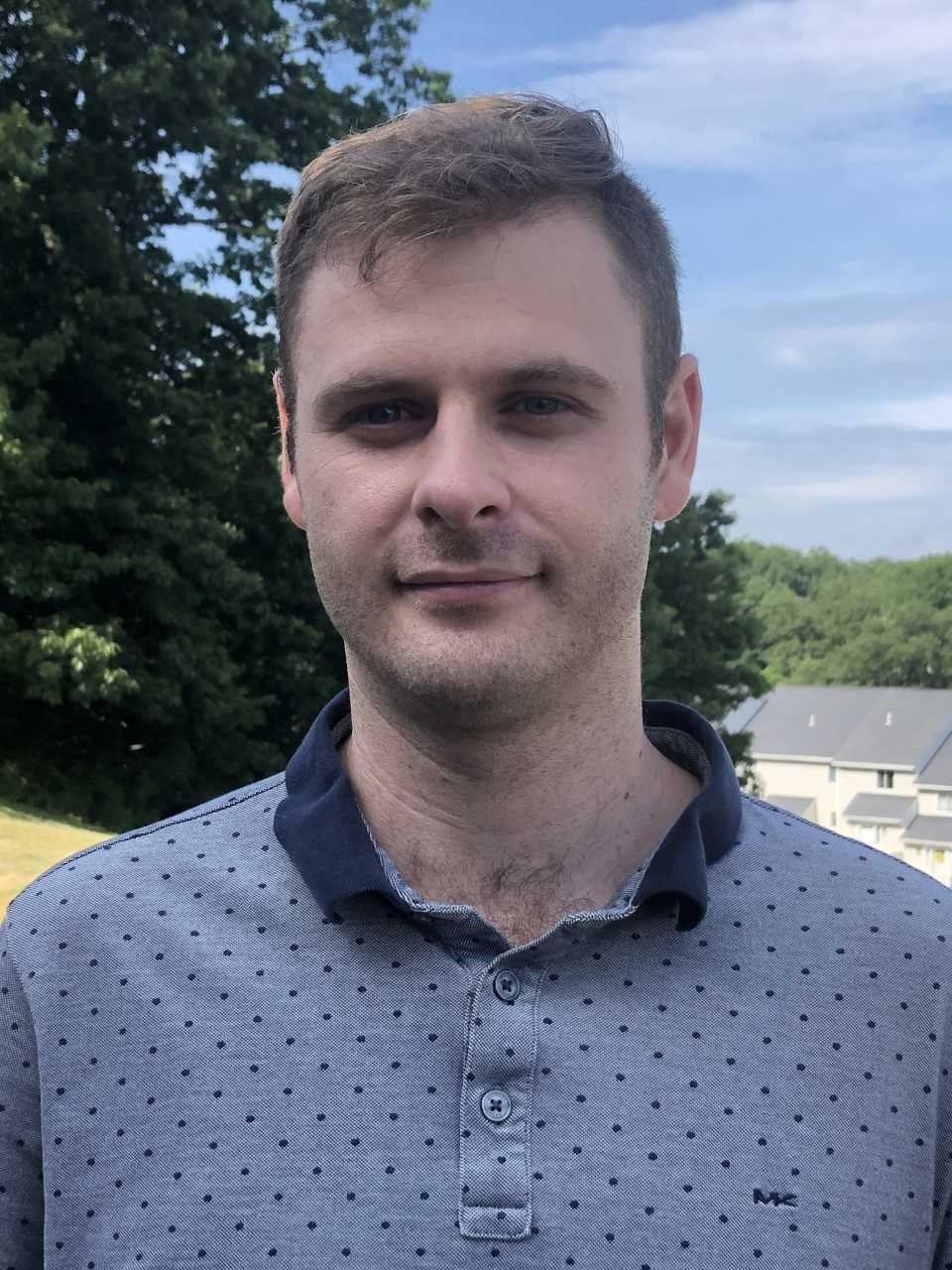 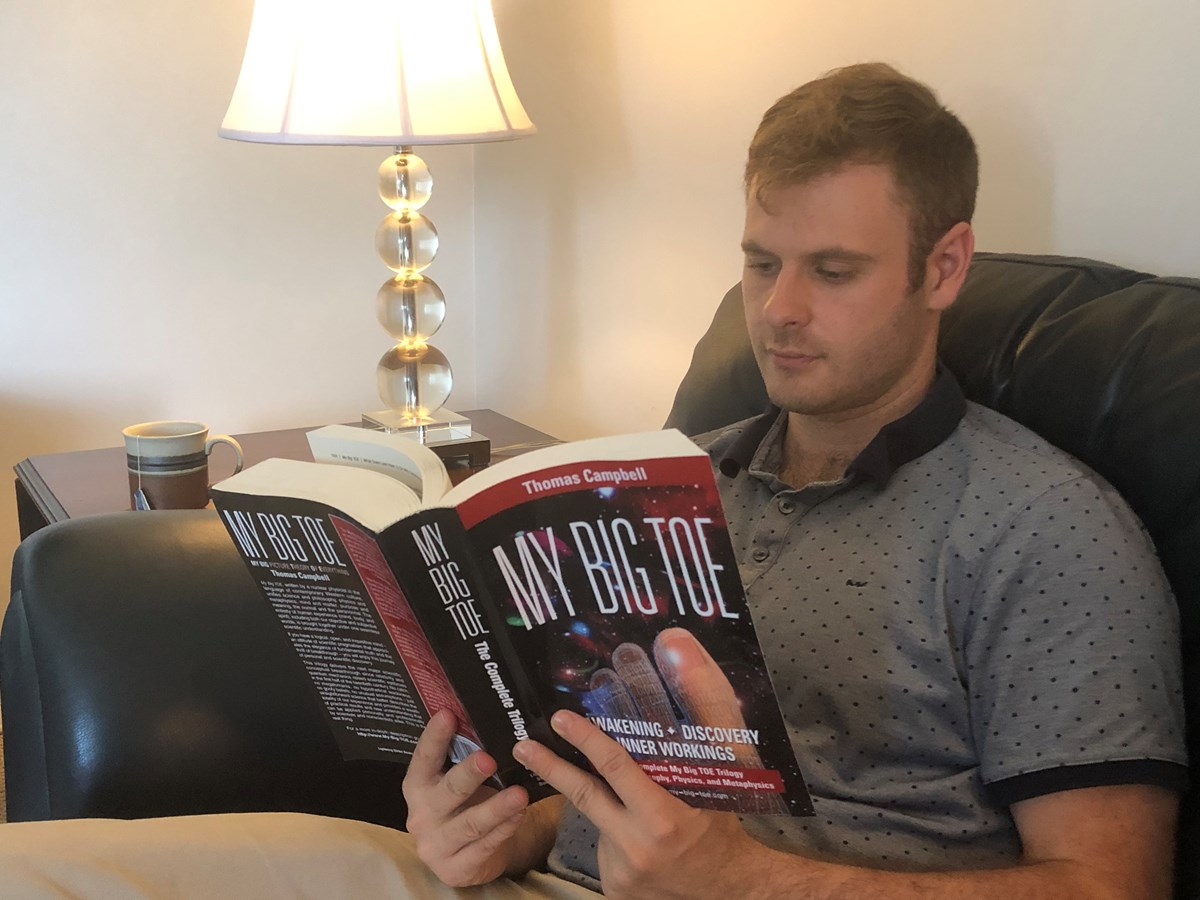 More than a decade after Tim Murphy left high school, he’s on his way to earning a bachelor’s degree in English literature – and graduating from the Honors College.

He’s also on his way to meeting the philosopher who inspired him to do it: Tom Campbell, a physicist and metaphysician whose “My Big TOE” (Theory of Everything) trilogy of books changed Murphy’s life.

Murphy says he was shy and socially anxious in high school, so he left and completed his GED, then worked a series of minimum wage jobs for six or seven years.

“I didn’t have a vision for my future. Then I saw a documentary on quantum physics, and from that, I saw there was a bigger purpose,” he says.

He began reading books on philosophy and was particularly drawn to Campbell’s theory, which combines physics, metaphysics and philosophy. It inspired him to do more with his life.

“Campbell says that life has a purpose, the purpose is growth, and we achieve growth by challenging ourselves and overcoming our fears. At that point, I decided I wanted to go back to school,” he says.

He began at Middlesex Community College, where he joined the Honors Program. He started out studying graphic design, then switched to English because he enjoyed his classes so much. His professor soon asked him to work as a supplemental instructor: a peer tutor who takes classes alongside the other students and then leads small-group study sessions.

Discovering that he was good at breaking down complex concepts so that others could understand them built up his confidence, he says. The following year, he won the college’s supplemental instructor of the year award.

After finishing his associate degree, he transferred to UMass Lowell as an English literature major. He also joined the Honors College, which is closely aligned with Middlesex’s Honors Program.

“The transition was very smooth. I didn’t even feel like I was going into a different program,” he says.

After taking Introduction to Philosophy with Prof. Whitley Kaufman, Murphy decided to complete his honors thesis a year early – and write it on Campbell’s theory, comparing it to Christianity and physicalism. Kaufman agreed to advise him, while English Prof. Marlowe Miller helped with his writing.

Not only did Murphy complete his honors thesis with flying colors, but he made a YouTube video of his oral presentation that attracted Campbell’s notice. Campbell asked him to a My Big TOE open house – held virtually because of the COVID-19 pandemic – and invited Murphy to interview him one on one. Murphy plans to ask Campbell some of the questions that Kaufman raised in response to his honors thesis.

Now, he’s looking forward to his English literature capstone, a seminar taught by Prof. Anthony Szczesiul on the works of Toni Morrison, and he hopes to take a creative writing course or two.

After graduation, Murphy plans to look for jobs in technical writing, science writing or another field where he can use his skill at making complicated information comprehensible. Wherever he lands, he now feels confident that he can face whatever challenges the future holds.

“School has helped me develop my critical thinking skills and learn to meet deadlines. It’s helped my public speaking, and it definitely helped me learn to write better,” he says. “And it’s also helped me learn how to work toward any goal and accomplish it.”