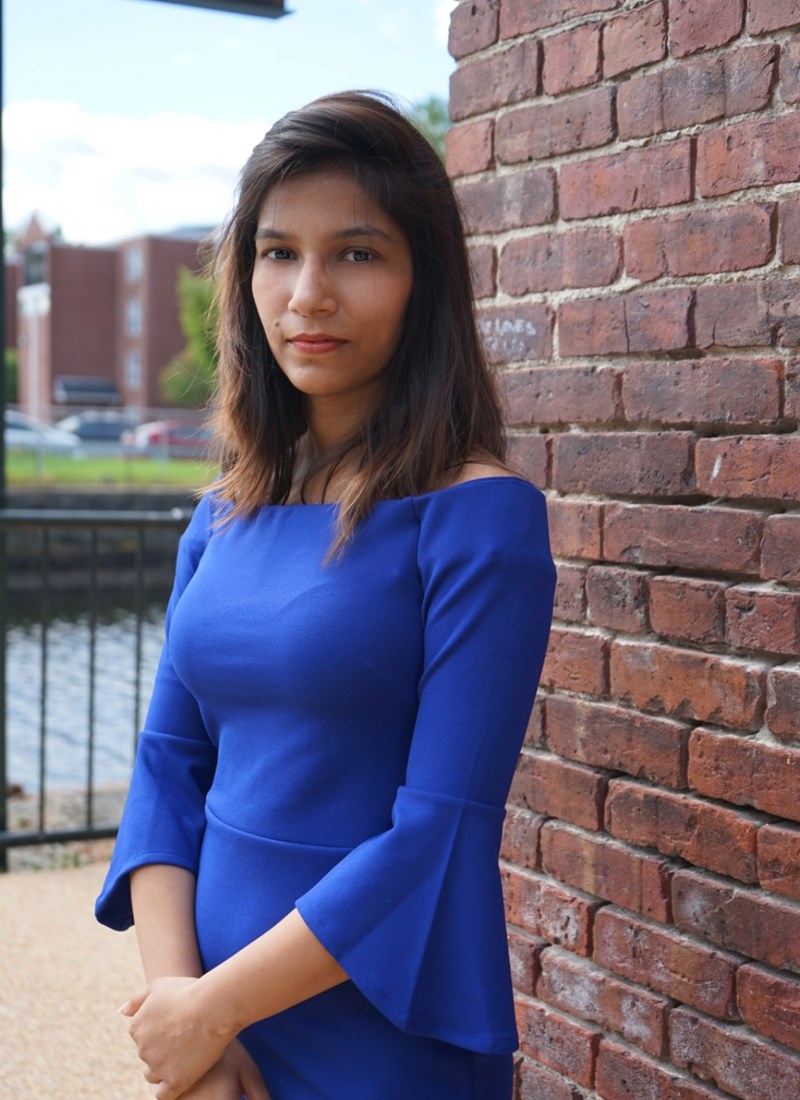 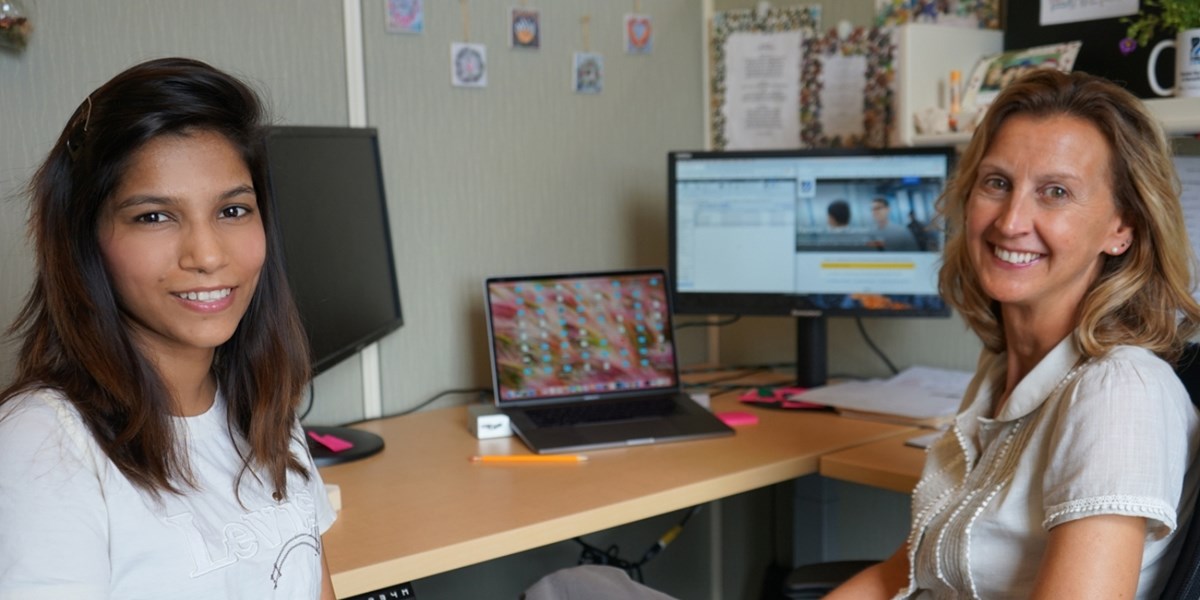 At home in Faridabad, India, Shruti Jain studied computer science at a branch of Maharshi Dayanand University, one of India’s top 100 universities.

Yet Jain wanted to earn her graduate degree in the United States because of the quality of education and the hands-on approach to learning.

“You don’t just learn from reading books,” she says. “Also, women in the U.S. have the freedom, access and resources to grow more.”

So she went to a U.S. college fair in New Delhi every year, where she was impressed by the UMass system. Ultimately, she applied to and was accepted into the master’s program in computer science at UMass Boston.

Jain studied there for a semester before transferring to UMass Lowell for the Computer Science Department’s emphasis on artificial intelligence, machine learning, data science and human-computer interaction.

“Yesterday, computer science was all about software and languages,” she explains. “Now it’s all about teaching robots to think like humans.”

Once here, Jain began working on her next goal: a research assistantship and jobs related to her career goals. She emailed every professor in science and engineering, contacted every research center on campus and asked every professor she met through her campus bookstore job if they knew of a good opportunity.

It paid off. She got jobs – first at the Lowell Center for Space Science & Technology and then in University Relations, doing website maintenance. Asst. Prof. of Management Beth Humberd alerted her to a graduate assistant job at the Center for Women and Work. And a new assistant professor of computer science, Michelle Ichinco, agreed to add Jain to her research team.

She took on all of them. A paper she worked on with Ichinco was accepted at the International Computing Education Research conference, and Ichinco has agreed to advise Jain on her thesis. As an international student, Jain can’t work more than 20 hours a week, but she volunteered to do website maintenance for the Physics and Chemistry departments on top of her University Relations duties.

She worked on a Center for Women and Work project that, while trying to get more undergraduate women to participate in the DifferenceMaker program, helps them articulate and affirm their values and beliefs. There, Jain learned more about building equitable and inclusive communities.

“I don’t want any regrets in my life after being given such an amazing opportunity to study here,” she says. “Now I have higher aspirations.”

With just one semester to go, she’s already mapping out her next steps. She recently landed a summer internship in cloud computing at Red Hat through connections she made at a Boston hackathon.

“Once recruiters knew that I was a student at UMass Lowell, you could just see it in their faces – they were really interested in talking to me,” she says. “People know what UMass Lowell is, and it’s all really positive.”

She hopes the Red Hat internship will lead to a job offer when she graduates. Once she has a job, she also plans to earn an online MBA. She hopes eventually to start her own high-tech company, probably in artificial intelligence.

In the meantime, Jain is a one-woman recruiting team for UMass Lowell, starting with her younger sister, who hopes to transfer here to study computer science, math and physics. Jain wants her to branch out and take advantage of the university’s well-rounded approach to education.

“This college is giving students the opportunity to study different things – not just science, but Portuguese and other subjects,” she says.