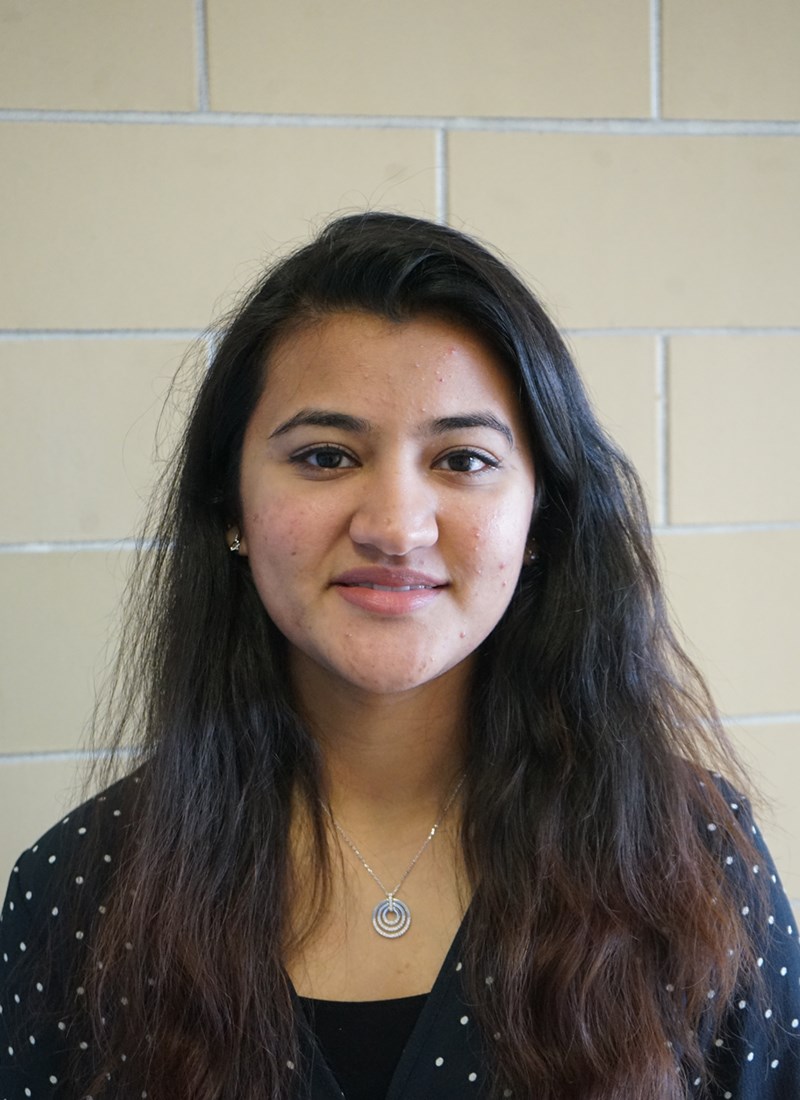 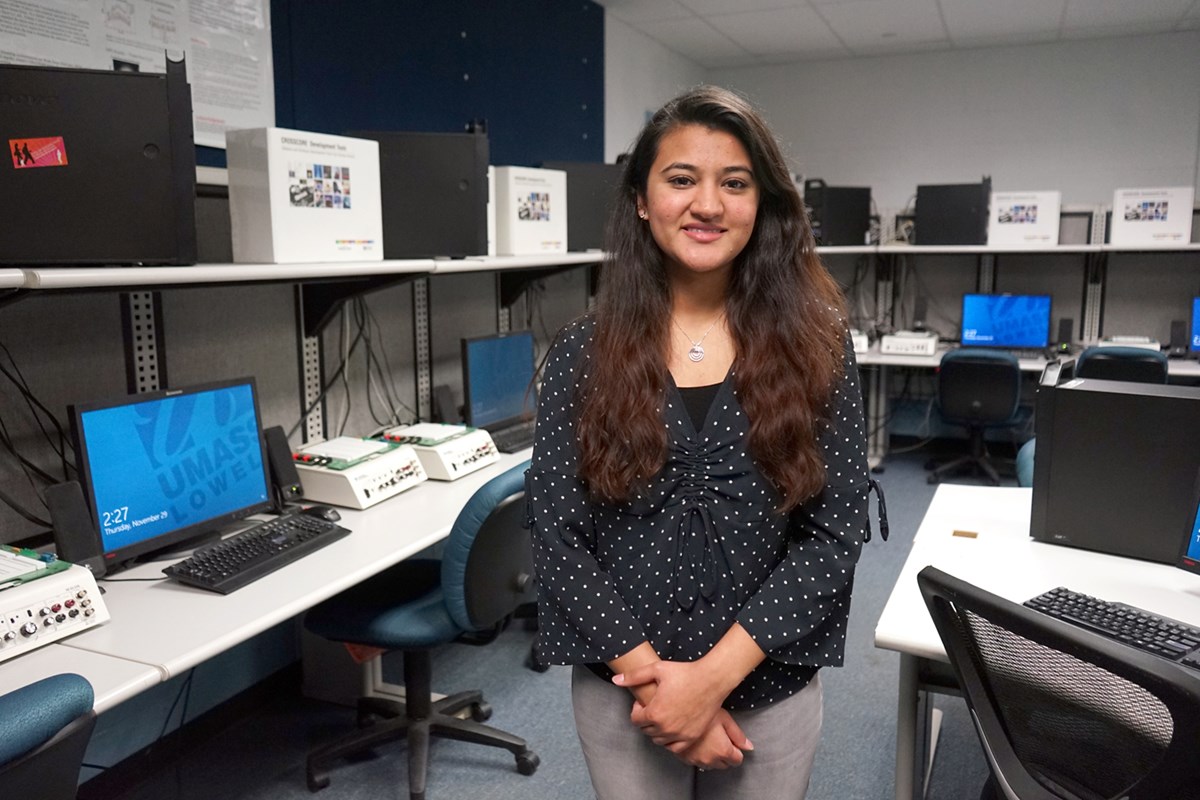 Over the course of her two-and-a-half hour job interview at Black & Veatch, an engineering and construction company in Burlington, Mass., Ramsha Farooq ’19 met with four different managers. They all wanted to talk about one thing: the work Farooq did as a graduate research assistant on a substation design engineering project during her final semester in the Francis College of Engineering.

“They were quite impressed with how I knew the bus configuration and designing one-line and three-line diagrams of a substation using AutoCAD,” says Farooq, a native of Karachi, Pakistan, who came to UMass Lowell in 2017 for her master’s degree in electrical engineering.

Thanks to that graduate research project with Assoc. Prof. Mufeed Mah’d — which involved understanding the key factors in providing electricity to homes and looking at how different substation components are connected to avoid blackouts — Farooq got the electrical engineer job at Black & Veatch just two months after Commencement.

“It’s the perfect job that I always wished for,” Farooq says. “I’m doing exactly the same type of work that I did for my graduate research project at UML.”

Farooq, who “always loved to do soldering and making circuits,” earned her bachelor’s degree in electrical engineering from NED University of Engineering and Technology in Karachi.

Why did she choose to come halfway around the world to UML for graduate school? Farooq was considering a program in Canada, but a classmate at NED, Rohail Aijaz ’19, was coming to UML for his master’s in electrical engineering and suggested that she check it out, too.

“I think the value of a U.S. degree is more than one from Canada, so I decided to come here,” says Farooq, who at first found it difficult being away from home and adjusting to American culture.

“Here, everything shuts down at 8 p.m. In my home country, everything is open at 4 a.m. That was the main shock for me,” says Farooq, who gradually adjusted and made new friends. She joined the university’s chapter of the Power and Energy Society and picked up a part-time job with Aramark, working banquet events at the UMass Lowell Inn & Conference Center.

Farooq says UML’s diverse campus (there were 688 international students pursuing advanced degrees in fall 2018, representing 16.2 percent of the graduate student population) helped boost her comfort level. The mentorship she received from Mah’d and the halal chicken served in the university dining halls helped, as well.

Looking back, Farooq says her UML experience made her a more independent person.

“I feel like I can do anything on my own now,” Farooq says.

“The culture is way different in Pakistan,” she adds. “Here, a teenager can work in a restaurant and earn money for themselves. I think it’s good. You value money when you earn it. I am valuing it now because I earn it.”