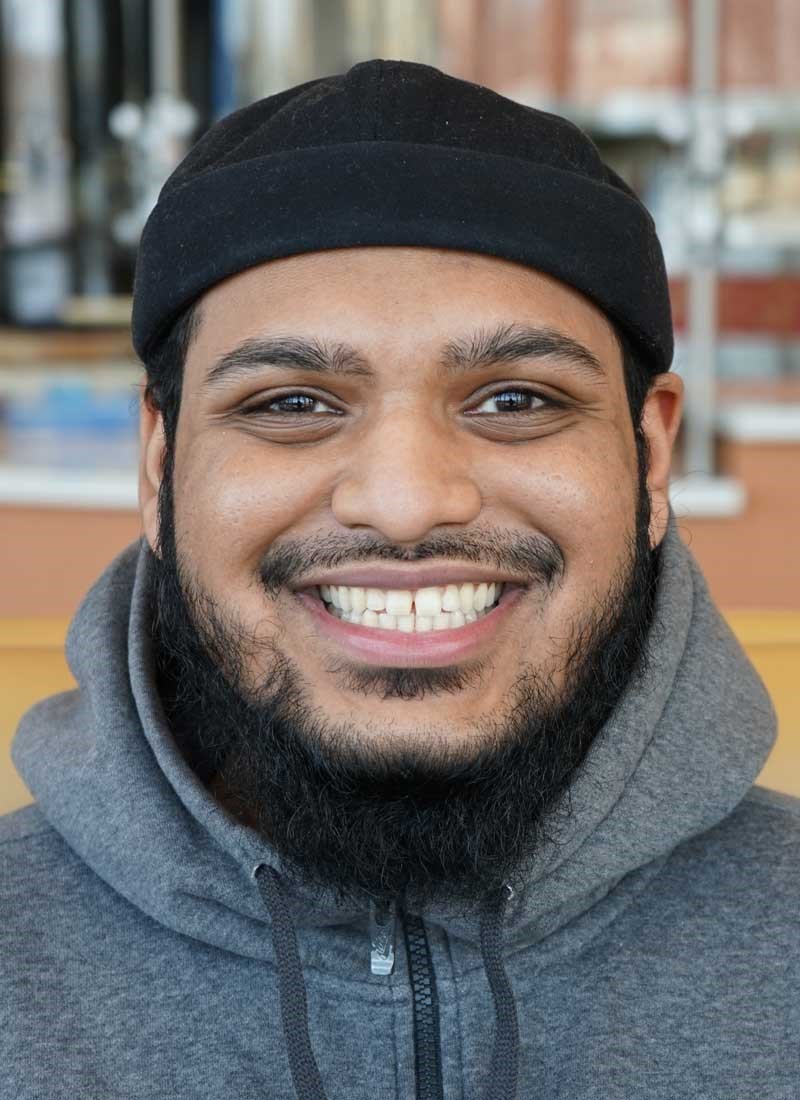 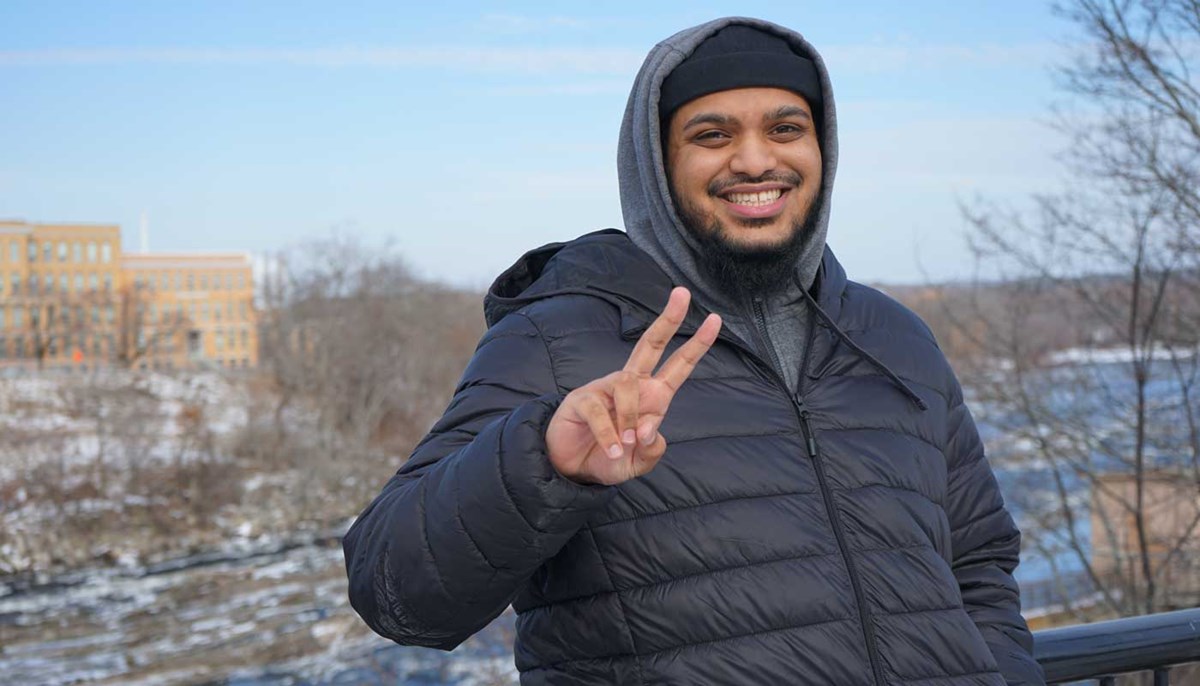 Rameez Shaikh ’21 and his older brother decided as boys that they wanted to devote themselves to their Islamic faith.

They spent most of their middle and high school years at a Muslim boarding school in Buffalo, N.Y. Although they studied standard subjects for a couple of hours a day independently or in small groups, the school’s primary emphasis was on teaching young men about Islam.

When Shaikh returned to Burlington, Massachusetts, for his senior year of high school, he realized he had some major gaps in math and English. That hurt his SAT scores, but he didn’t mind: He had a side job cutting his friends’ hair and would have been happy to become a barber.

However, his parents pushed him to attend college, so he applied to UMass Lowell, where his older brother, Aamir Shaikh ’20, ’21, was already a business student. On the strength of his high school grades, he was accepted as an electrical and computer engineering major.

In a first semester physics lecture, though, he quickly realized how badly he had fallen behind his peers in math. With help from some advisors, he switched his major to biology, figuring he would pursue a health care career. He just wasn’t sure what.

“I wanted to cut people’s hair to make them feel good about themselves,” he says. “When I was transitioning to biology, I still wanted to make a difference and help people, and I thought I could do that through health care.”

Midway through his sophomore year, an endodontist (a dental specialist in root canals and tooth implants) spoke at the Islamic Center of Burlington about the connections between personal cleanliness, including dental hygiene, and Islam. The endodontist cited hadiths, or teachings, that the Prophet Muhammad cleaned his own teeth with a twig and recommended that his followers do the same before praying. Shaikh was inspired.

“There’s a hadith that says, ‘Cleanliness is half of faith,’” Shaikh says. “That was a huge moment in my life; I thought that it was my life purpose to be a dentist.”

Shaikh arranged to shadow a Muslim dentist in Malden who served mostly low-income patients from immigrant communities. He saw how Dr. Mansour Werfalli took the time to educate all of his patients about oral hygiene and prevention so they wouldn’t have to return for expensive and painful procedures.

“He showed me what it was to be a Muslim dentist: He always put the person first,” he says. “He treated everyone like family.”

With a concrete goal, Shaikh got more serious about his studies. That spring, he took Organic Chemistry I – a critical class for pre-med and pre-dental students – with Chemistry Assoc. Teaching Prof. Khalilah Reddie. When he asked her how he could prepare for Organic Chemistry II in the fall, she invited him to audit her summer class.

His grades soared, and he earned top scores on the organic chemistry section of the Dental Admission Test, thanks to Reddie, he says. Reddie also pointed him toward study materials for the other sections of the test and wrote a letter of recommendation.

After graduating, Shaikh took a gap year to research and apply to dental schools, while working and saving money. Within a short time, he had been interviewed by 10 and accepted by six, and was waiting to hear from several others, to start in summer or fall 2022.

Although Shaikh says many professors and pre-med advisors helped him at UMass Lowell, Reddie stood out.

“She was the only Black professor I met, and she has a special place in her heart to help people who are underrepresented in health care,” he says. “Being able to see someone who looks like you and talks like you in a position of power – it’s huge.”

Before Shaikh's senior year, he asked if he could do anything for Reddie in return. She asked him to tutor younger students in MAGIC, a program she started to help students from underrepresented groups succeed on the path to health care careers. He tutored them in organic chemistry for his entire senior year.

“She put me in a position to be a mentor for people like me, to facilitate their growth and point them in the right direction,” Shaikh says. “We’ve got to push our people for excellence, because if we do well, that passes down to the next year, and 20 to 30 years from now, everyone’s doing well.”