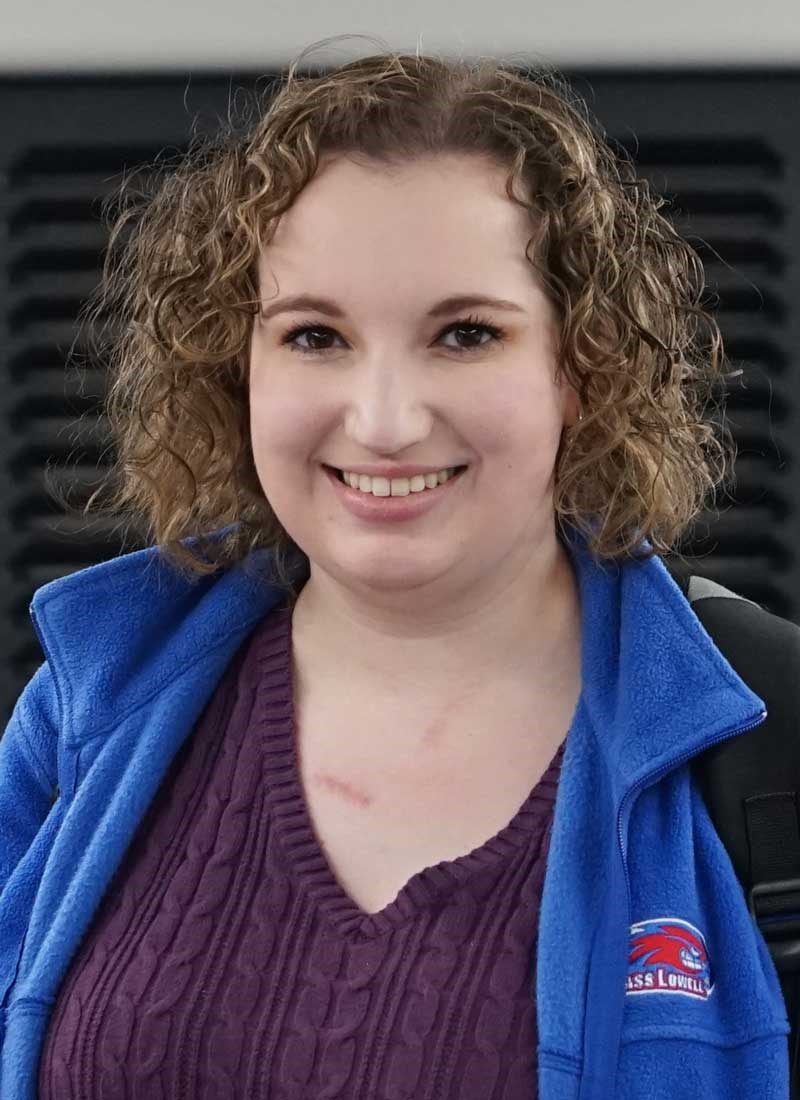 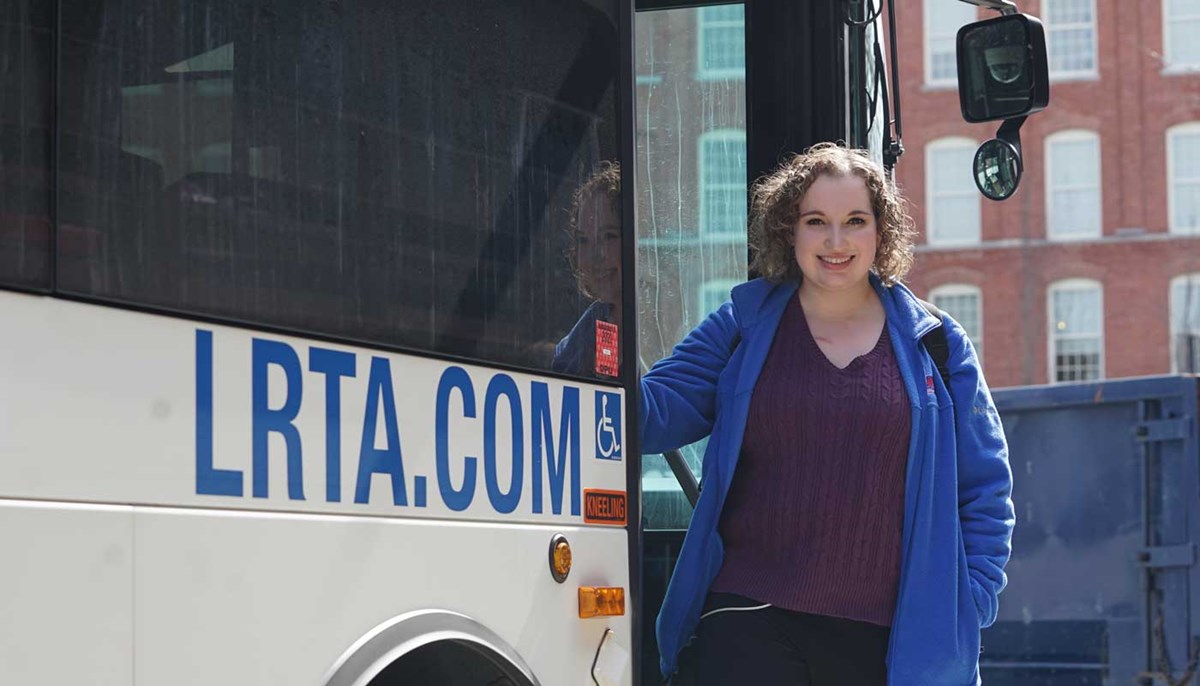 In her new job as director of procurement and compliance for the Lowell Regional Transit Authority (LRTA), Meaghan O’Brien ’21, ’22 is responsible for purchasing everything from paperclips to buses.

“It’s a little daunting when they tell you you’re going to be buying buses. Everyone has that experience, don’t they?” the Dracut, Massachusetts, native says with a laugh.

The fact that O’Brien was hired four months shy of completing her MBA from the Manning School of Business speaks to the LRTA’s confidence in her abilities. It also says a lot about the impression she made in her three years as an office assistant to Dean Sandra Richtermeyer, who recommended O’Brien for the position.

“I didn’t imagine being the director of anything at 23 years old,” O’Brien says. “Without Dean Richtermeyer’s support, I wouldn’t have had the confidence to even apply.”

O’Brien gained a world of confidence in her five years at UML, where her undergraduate concentrations were in marketing and management and where she worked as a research assistant with the Donahue Center for Business Ethics and Social Responsibility.

“I didn’t know if I’d graduate college,” says O’Brien, who was diagnosed with Ehlers-Danlos syndromes, a group of rare genetic disorders that affect connective tissue, when she was 8 years old.

“A lot of my organs don’t function properly,” she says. “My adrenal gland stopped working in high school, my thyroid doesn’t do great, and my stomach is basically paralyzed, so I had a permanent feeding tube put in a couple of years ago.”

While her condition, which has also led to double vision, can make mobility difficult, O’Brien says she was raised to never let it stop her from going places in life.

“My parents didn’t want me to sit at home and be the sick kid. They always had the same expectations for me that they did for my sister,” O’Brien says of her younger sibling, Kaleigh, a junior biomedical engineering major at UML.

As a first-year student, O’Brien joined the Donahue Center through the Manning School’s Business and Entrepreneur Scholars in Training (BEST) program. She stayed on through graduate school as a research assistant, learning how to do comparative market research and developing a greater appreciation for corporate social responsibility.

O’Brien chose to minor in disability studies because “I wanted to learn about other peoples’ experiences, not just the little shell of my life,” she says. “Whatever I ended up doing in the future, I knew I wanted to connect somehow to helping people with disabilities.”

She’s now doing that at the LRTA, which provides a public transportation service that many rely on to lead independent lives.

“I’m very lucky that my first job out of college is something that really aligns with me,” O’Brien says. “It’s great to be part of something that supports the community.”

O’Brien says the support she received at UML — from the classroom lessons of Asst. Prof. of Management Elana Feldman and adjunct Kevin Willett to the occasional accommodation from Disability Services — set her on the path to success.

“The university has impacted me much more than I thought it would,” she says. “UMass Lowell was probably the best decision I’ve ever made.”