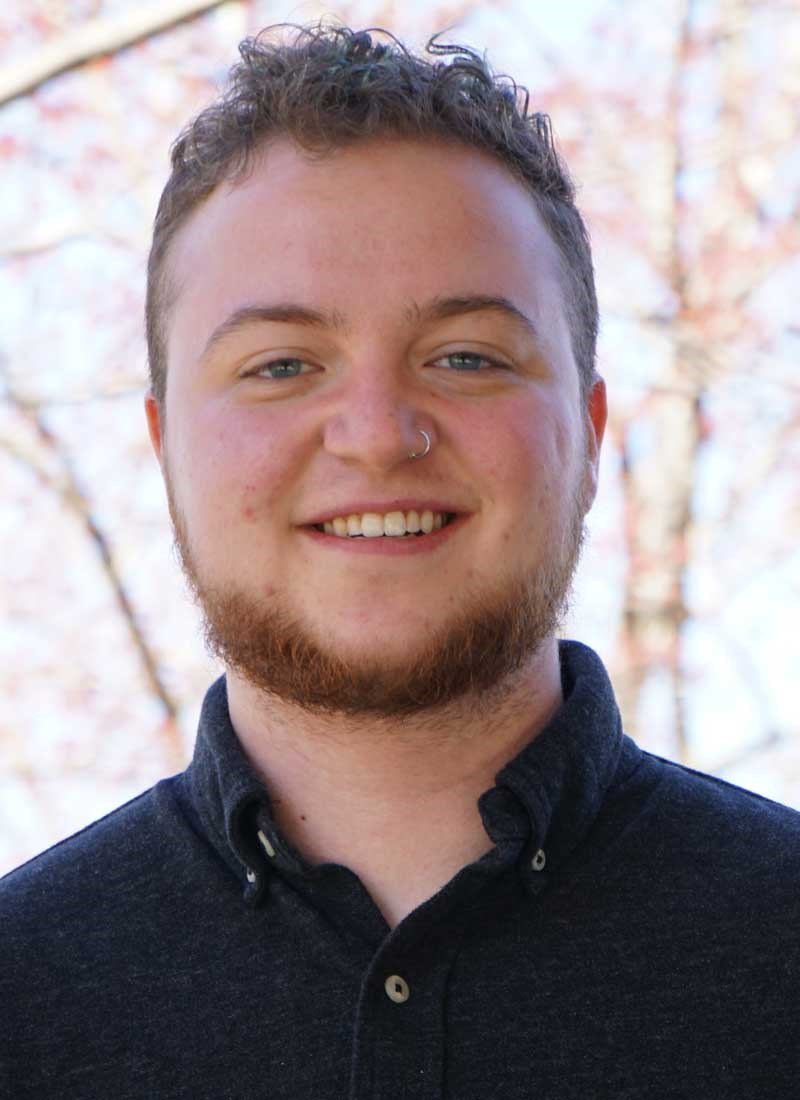 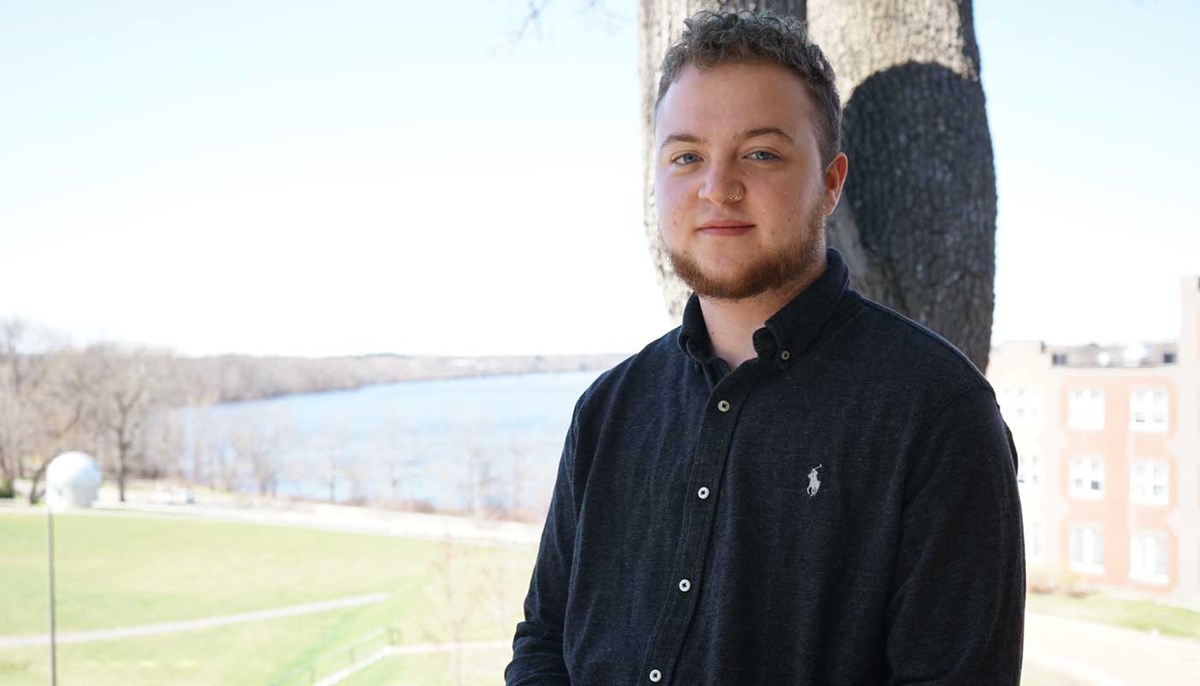 Honors College student Malcolm Schrafft came to UMass Lowell for the great music program – but failed to get in when he auditioned on guitar the first time.

After a semester of private lessons, he auditioned again and was accepted. He also joined the UML Marching Band as a trumpet player.

In the meantime, though, he’d been placed as an “undeclared” major in the Bachelor of Liberal Arts program and he’d signed up for a class, Introduction to Theatre, taught by Assoc. Prof. Shelley Barish. He also got involved with the Off-Broadway Players, a student-run theater group.

Schrafft, who was “heavily involved” in theater while a high school student in Manchester-by-the-Sea, Massachusetts, enjoyed both experiences so much that he decided to double major in theatre arts and music.

“I had all that energy to be so engaged in everything,” he says.

Schrafft acted, assistant-directed a show with professional director J.T. Turner and served as producer for the Off-Broadway Players for two years.

And then, in his junior year, he joined a new major in the undergraduate music program: composition for new media.

“It was my good luck that it started when it did,” he says. “I was in the first group of students who went through it.”

Schrafft brought music and theater together by composing music for a Theatre Arts production, “Night’s Candles,” and then again in his final honors project, when he played a musical theater song he’d written, arranged and performed; showed videos for which he’d written the soundtracks; and performed four original songs with a live band.

But Schrafft’s UML experience didn’t begin and end with music and theater. He says he’s greatly enjoyed working as an Orientation leader and as a driver and supervisor for the university’s Transportation Services. He also joined the Phi Kappa Sigma fraternity, serving as president his senior year.

“I’ve been so lucky to be part of all of these leadership training opportunities,” he says.

As he prepares to graduate, Schrafft is putting together a portfolio he can use to apply for freelance video scoring jobs and theater internships. Ultimately, he plans to go to graduate school and pursue his dream of writing music for theater – and creating musicals.

“I have a passion for that,” he says.