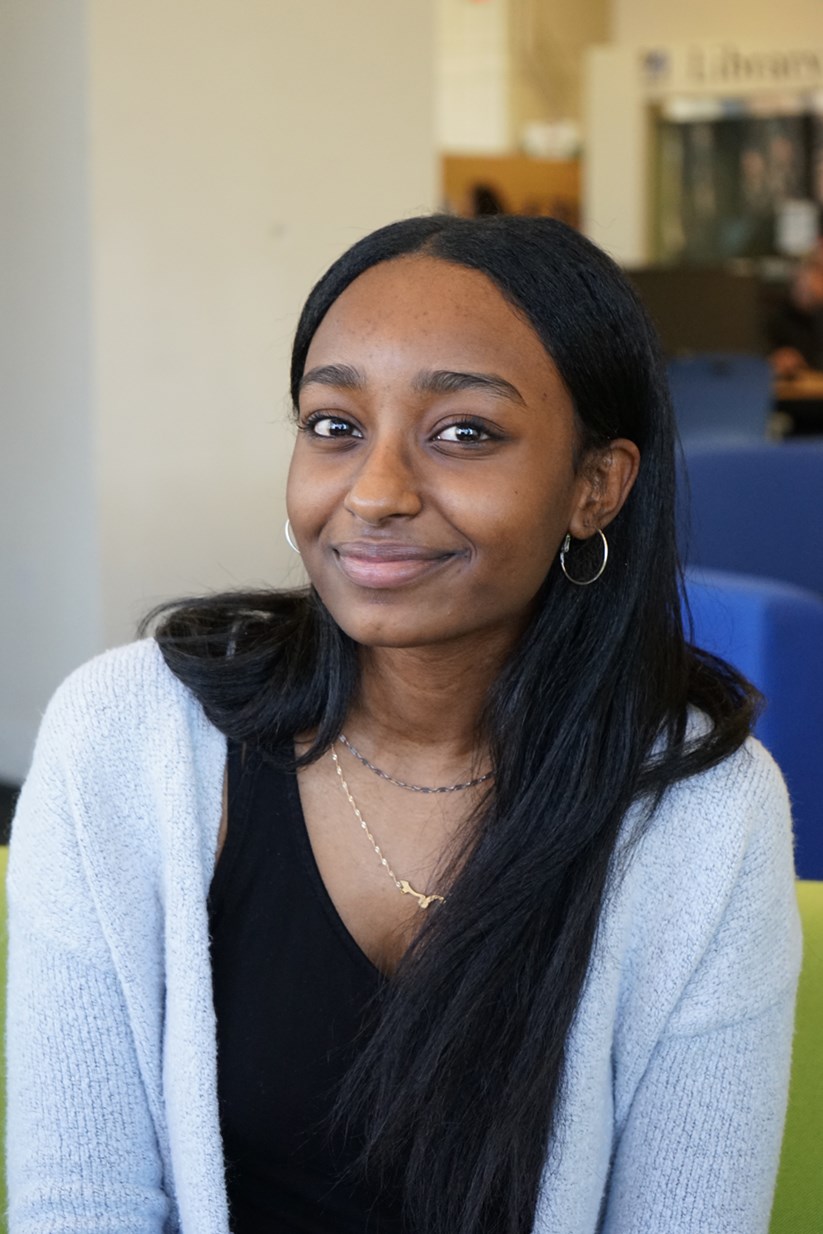 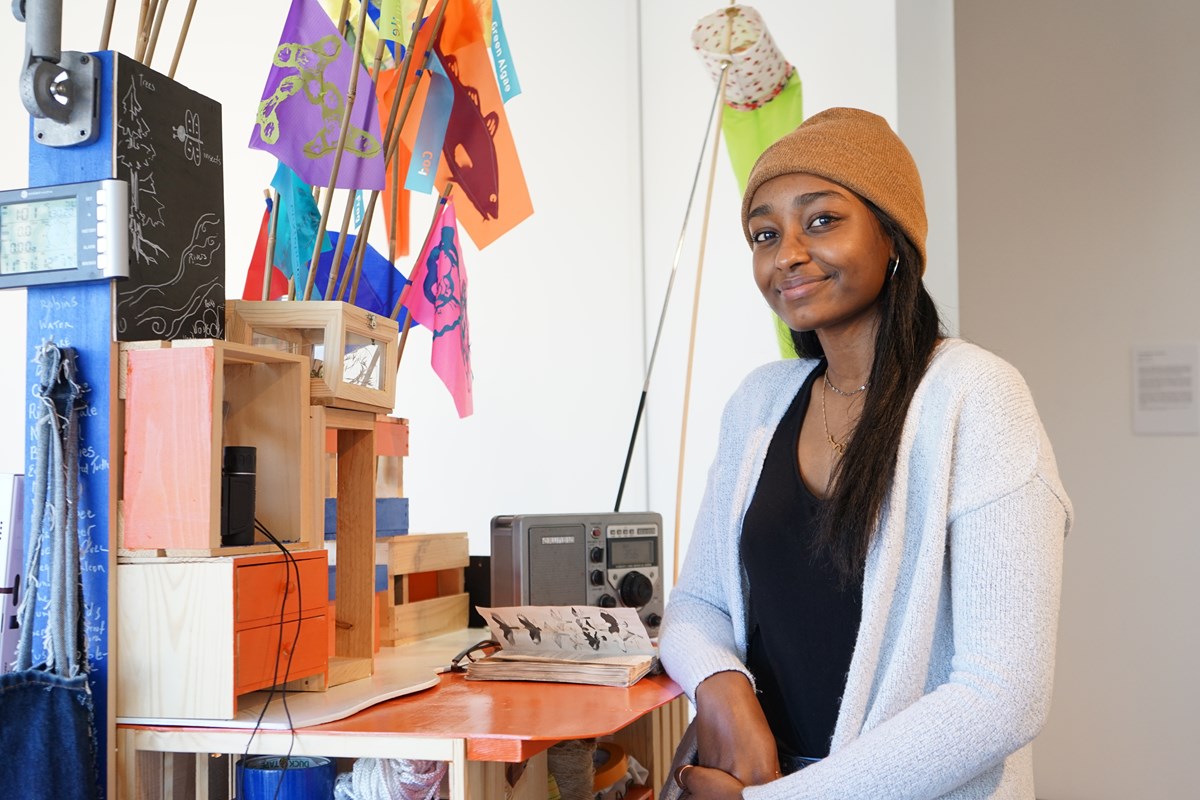 Lana Bashir fell in love with UMass Lowell when she visited the campus with three of her best friends.

All four signed up for a tour organized by their high school in Boston, the John D. O’Bryant School of Mathematics and Science. They were impressed by UMass Lowell’s diversity, the energy of the campus and the friendliness of the students they met.

Now, three of the four are first-year students here.

“I just fell in love with the campus,” Bashir says. “I liked the homey feel, and I talked to a couple of different students and they really liked it here.”

Bashir also liked the location. Her parents wanted her to live at home for college, but Bashir wanted to feel independent while still being close enough to visit home on the weekends. She brought her mom on a tour, and her parents supported her decision.

Now, she lives with one of her Boston friends in the Middlesex Apartments on South Campus.

“We’ve had to learn how to cook. We have taco nights,” she says. “We’ve gone super-independent – we go grocery shopping on Fridays. I feel like an adult.”

Before she arrived on campus, Bashir was invited to join River Hawk Rising, a four-year support program run by the Office of Multicultural Affairs for diverse undergraduates who can benefit from individual attention. Through the program, Bashir moved into her apartment early and attended a three-day orientation that connected her with all kinds of campus resources, from the Centers for Learning and Academic Support Services (CLASS) to Career & Co-op Services. And she made some friends.

“I’m a people person, so I like to get involved, but I was scared being a freshman, because I never really had to be on my own for anything before,” she says. “I found my group.”

She also found her mentor: Elsie Otero, associate director of Multicultural Affairs. As part of River Hawk Rising, Bashir checks in biweekly with Otero. When Bashir began to question her initial choice of major, exercise science, Otero connected her with advisors who helped her switch to the Bachelor of Liberal Arts, which allows students to combine concentrations in two or more areas.

Now, Bashir is taking classes in psychology, sociology and Arabic, her home language. She also plans to take some art and art history classes. In high school, she worked for a nonprofit arts organization, Everyday Boston, that helps city residents share their stories across cultures and generations.

Bashir got a chance to share her own story after her mentor at Everyday Boston, Cara Solomon, took her to a meeting with staff at the Boston Museum of Fine Arts. The MFA later asked Bashir, a second-generation immigrant from Sudan, to be featured in a video that was part of a recent special exhibit, “Ancient Nubia Now.”

As MFA staff filmed Bashir touring the exhibit, she spoke about how the artifacts of the ancient Nubian civilization made her even prouder of her Sudanese heritage.

Her family travels back to Sudan every two or three summers to visit relatives, and last summer, Bashir was able to tour the Nubian pyramids where most of the artifacts in the MFA exhibit originated. Now, Bashir has a work-study job in UMass Lowell’s art gallery.

“I get to see the art and I’m surrounded by artists,” she says, happily.