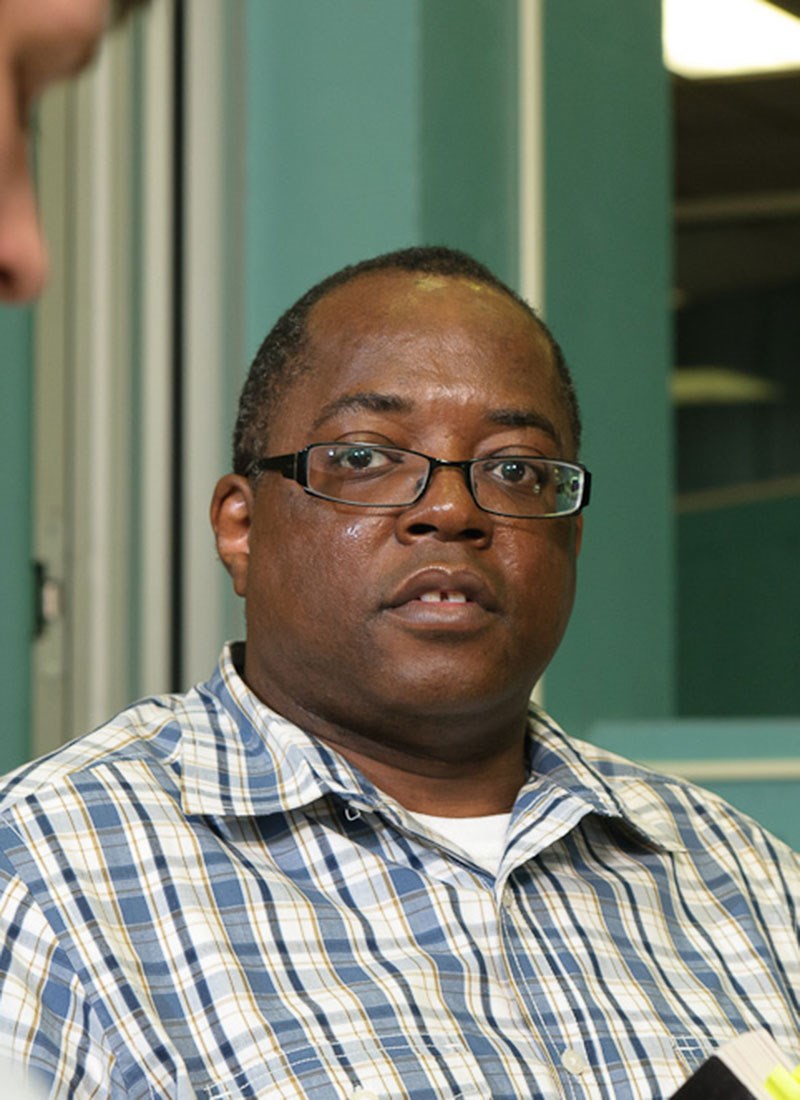 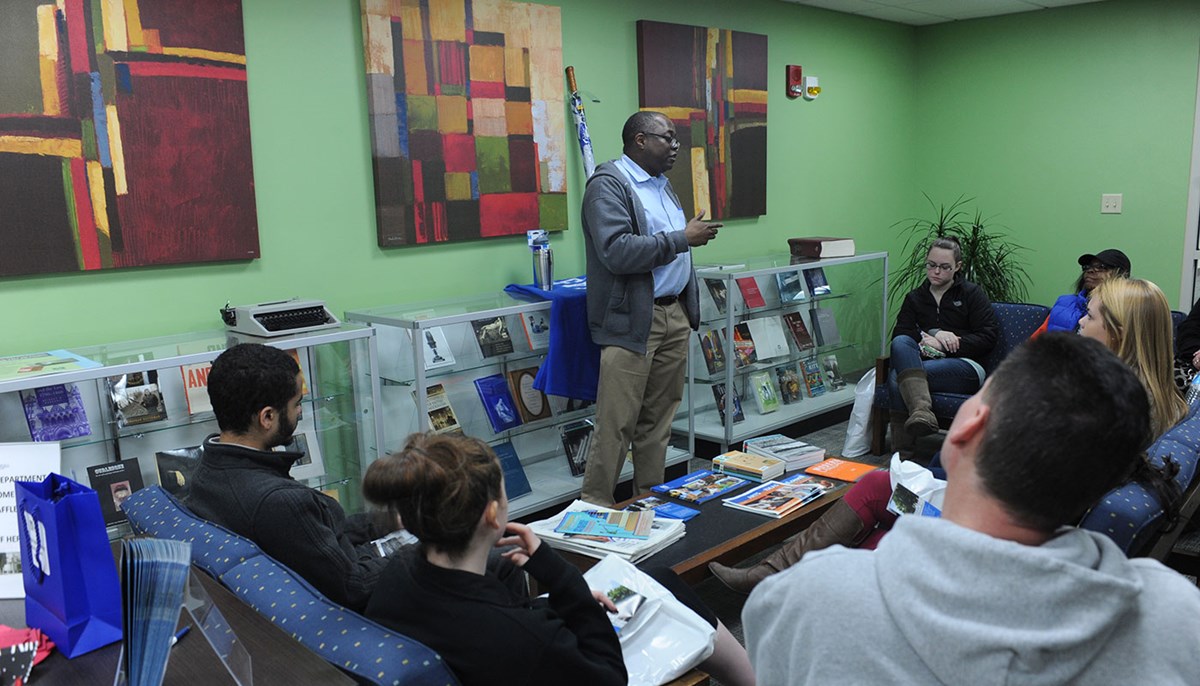 Assoc. Prof. of English Keith Mitchell has spent his career teaching literature. He hopes that along the way he has managed to change his students’ lives, too.

He wants his students to learn how to write better and think critically about short stories, novels, slave narratives and Puritan diaries. But he also wants them to take away some life lessons, like the importance of helping whatever community they find themselves in.

“You don’t have to cure cancer or come up with a solution for world hunger to make a difference,” he always tells his students. “Mentoring a young person, whether through academics, sports, or as a big brother or sister, can make all the difference in the world.”

Mitchell knows that first-hand. His ninth-grade English teacher in Columbus, Ga., a working class, cotton mill town on the Chattahoochee River, changed his life. She saw a spark of intellectual curiosity in him, so she gave him a different book to read each week, and then they met to discuss it, one on one.

“She was the first teacher who mentored me and saw that I had some potential beyond what was expected – especially if you were African American. This was the South, so when you graduated from high school you either went into the mills or the military,” he says.

Instead, Mitchell went to college at Emory University in Atlanta and then graduate school at the University of North Carolina, where he was one of the first two African American students to earn a Ph.D. in comparative literature.

He was thrilled when, after teaching for three years at a satellite Penn State campus, he was offered a tenure track position at UMass Lowell in 2004. He says he feels at home here because of the diversity of people on campus and in the community, as well as supportive colleagues. Lowell, another former cotton mill town on a major river, even looks a lot like his hometown, he says, with the added benefit of a rich immigrant culture.

“I needed not only racial diversity, but cultural diversity, and to have colleagues doing cutting-edge research and teaching,” he says.

Now Mitchell’s favorite part of his job is teaching and mentoring students, many of them first-generation college students from blue-collar backgrounds, as he was.

In 2020, he won the Manning Prize for Excellence in Teaching, which is given to a single faculty member on every UMass campus each year. The prize also recognizes service to the university. Mitchell had previously won the Student Government Outstanding Teaching Award and the English Department Teaching Award.

“Teaching and being with the students, that’s my passion,” he says.