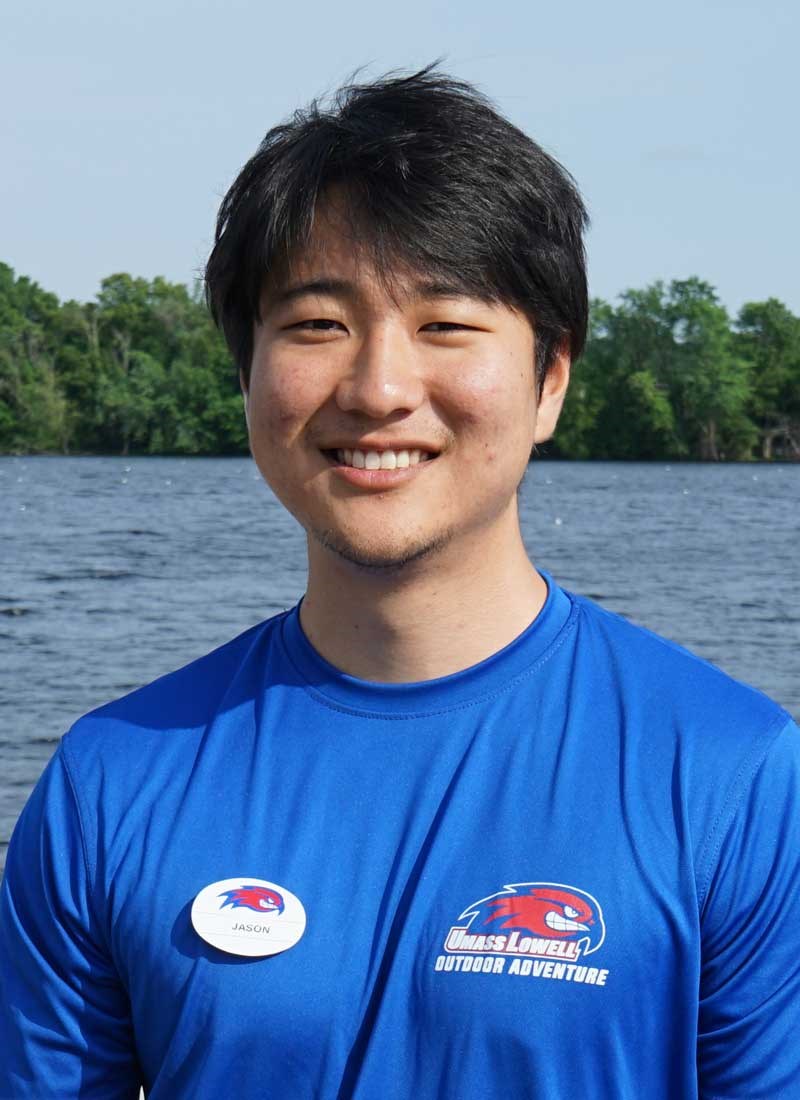 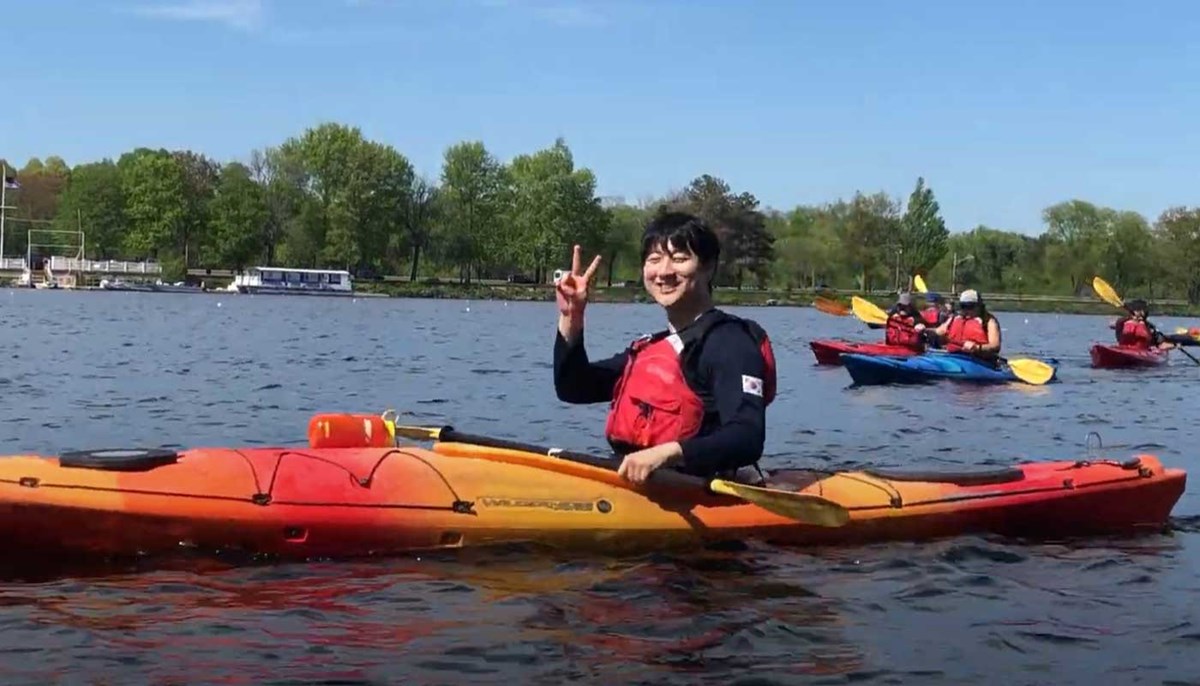 Jeongjae Han ’23 took a job at the Kayak Center over the summer because he felt his skills as a former Navy medic in South Korea would be useful.

“When an emergency happens, I can face it,” he says. “I know how to treat patients, and I thought that would be helpful at the Kayak Center.”

Han began studying at UMass Lowell in 2017, but decided to go back to his home country the following year to serve 21 months in its Navy. South Korea requires men between the ages of 18 and 35 to join the military as part of the Military Service Act.

“It’s just an obstacle for Korean men,” Han says. “It’s better to get it done early. Otherwise, it’s just going to bother you all the time knowing that you still have to serve.”

Han spent his time in the Navy on board a ship, guarding the South Korean coast. He was also deployed to Somalia, where he and his crew escorted cargo ships and protected them from pirates.

“By doing this service, I became more mature,” he says.

Han finished his time in the Navy as the COVID-19 pandemic became more widespread. He chose to stay in South Korea for an additional year to assist with his parents’ butcher shop before heading back to UMass Lowell to continue his studies in computer science.

“I feel like I belong at UML now,” says Han. “Before the military, I was always inside of my head. There was always a part of me that knew I had to go back to Korea for the military, but since that is done, I feel I belong here.”

One of Han’s favorite things about the campus is that the Merrimack River runs through it. This allows him to enjoy activities that range from walking along the riverbank to working at the Kayak Center. As part of his job, he offers kayaking, canoeing and stand-up paddleboarding instruction to the public.

“By teaching and talking to a lot of people, I hope to improve my English,” says Han, who adds that his English comprehension became rusty after being back in Korea for three years.

Han is planning on staying at UML to complete his master’s degree through the Bachelor’s-to-Master’s Program. After that, he intends on exploring his career options in the United States.

“I can finish my master’s in one year through the program,” he says. “That’s a huge advantage for me.”