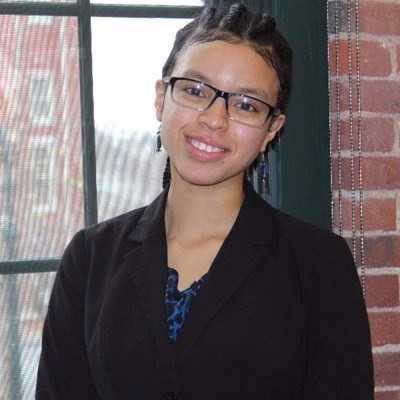 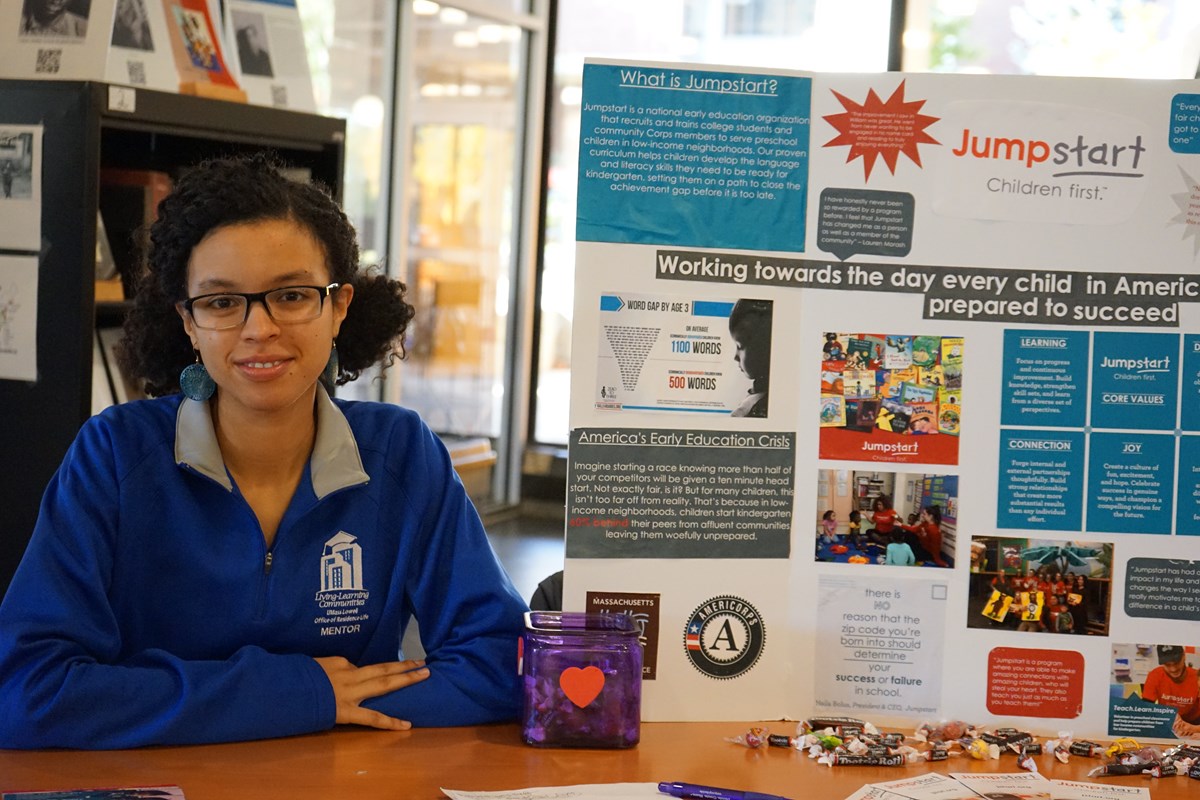 “They helped me to pick out a dorm and a meal plan, because I didn’t know anything about college,” she says. “I felt that love and companionship. I call it the RHSA family.”

As a sophomore, she began spreading the love herself as a peer leader for the RHSA, which had narrowed its focus to first-generation students. Crespo took a new batch of first-year students under her wing. And as a junior, she became a team leader, helping to guide new peer leaders as well as first-year students.

She says both roles have helped her to learn a lot about leadership – and about herself.

“I learned not only that you can help others, but that they can help you on your journey, too,” she says. “I have a passion to help others.”

That passion, especially for helping her community in East Boston and the congregation at her church, drove her to college in the first place. Many of her friends and neighbors, especially older people, are not fluent in English, so Crespo volunteered to translate church services from Spanish to English, when needed. She also helped out with the children at church.

During her freshman year at UML, she decided to major in English literature. She taught in the university’s Jumpstart program for two years, promoting literacy in preschool children. And she plans to pursue a “fast-track” master’s degree in the College of Education to become an English teacher.

“I want to teach older people and children,” she says. “Language and communication are important. Everyone has a right to speak up. Everyone has something to say.”

Still, Crespo kept returning to music, her first love. She had gone to high school at Boston Arts Academy for piano, and had been writing original music for a long time. Her advisor told her, “You keep talking about music. Take some classes.”

So Crespo took a class, and then another, ultimately building a portfolio of original music compositions that got her accepted into a brand-new music major: composition for new media. Now she’s happily pursuing two majors, and she dreams of composing film scores as well as teaching.

“I just want to find a job that I can hear people’s stories and help them,” she says. “I love being creative, too – creating events and getting people engaged.”

Crespo needed all of her optimism, resourcefulness and study skills when she found herself stuck in Honduras for more than a month due to the COVID-19 pandemic. She was at a family reunion over spring break when flights in and out of Tegucigalpa, Honduras’ capital, were abruptly halted and UMass Lowell closed most of the campus.

Her mom paid to turn her cellphone into a mobile hot spot so that Crespo could attend classes and complete her assignments online. She missed the library and other study spaces – but she hung on, with support from her family and the university, until she was able to catch a special flight out.

“I felt a connection of family and community. I felt a support system,” she says.