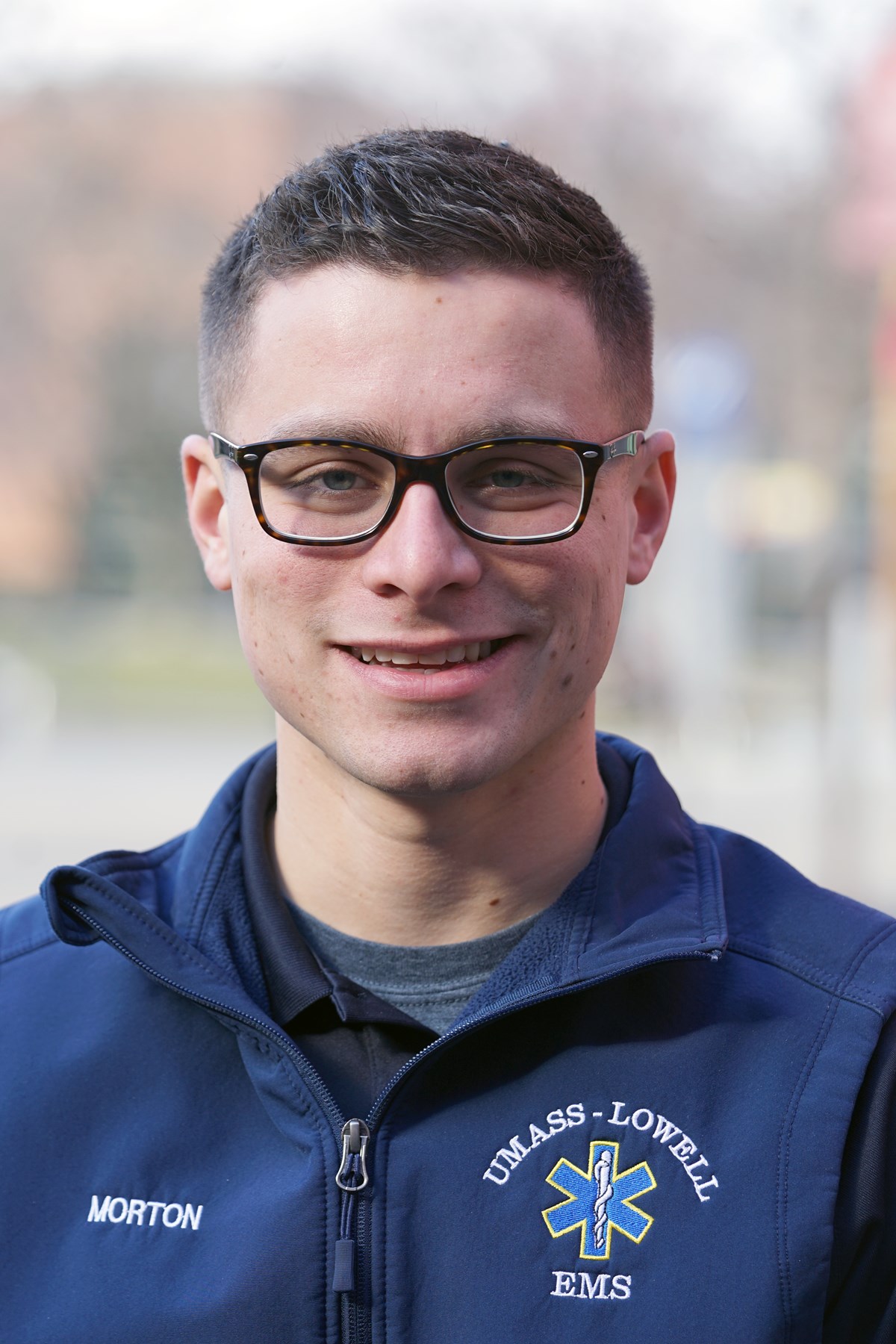 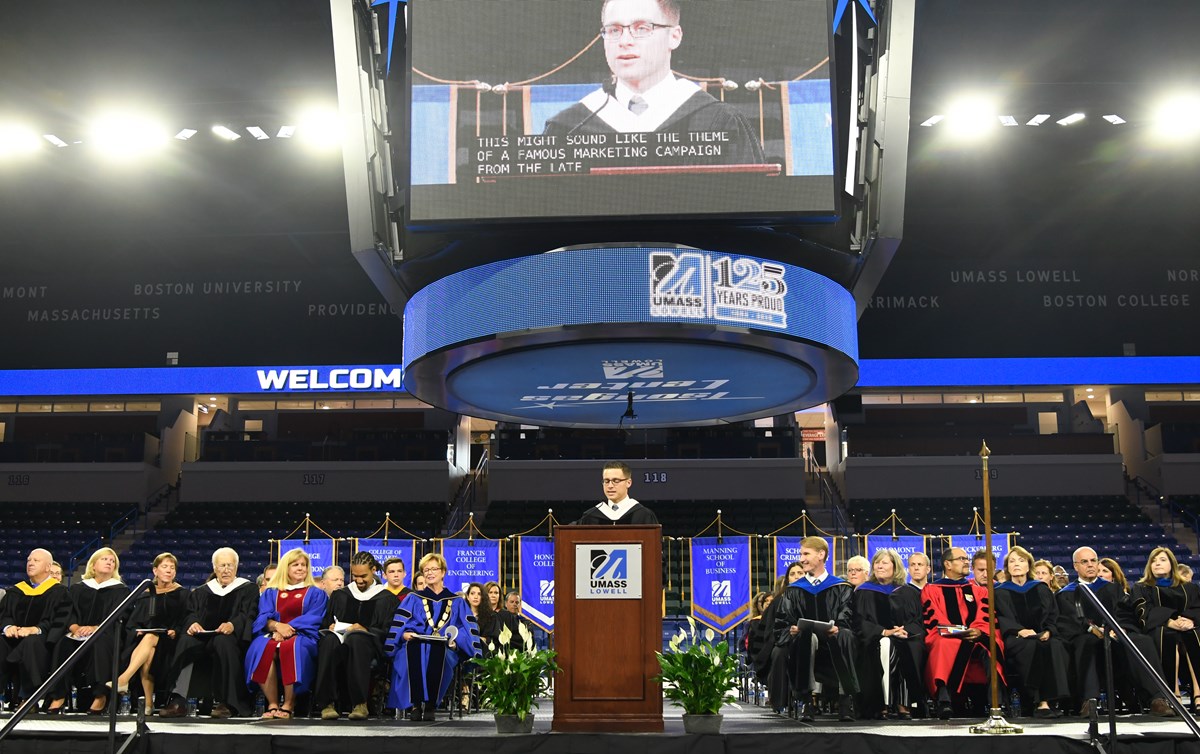 For someone who originally didn’t want to come to UMass Lowell, David Morton sure is having a hard time saying goodbye.

“This is somewhere where I want to spend the next however many years of my life, becoming a double River Hawk and working in higher ed,” says Morton, a North Andover native who plans to earn his master’s degree in higher education administration from the College of Education after completing his dual bachelor’s degrees in business administration and political science.

Morton’s first impression of UML came a decade ago, as a middle schooler, when he participated in a regional science fair at Southwick Hall.

“The campus was nothing like it is today,” says Morton, who has seen the university open almost a dozen new or renovated buildings over the past five years, including the Pulichino Tong Business Center, where he takes classes in marketing and management.

“I like when things are changing and becoming better. I think that drew me here in the end,” says Morton, who originally committed to Bridgewater State University before heeding the advice of his parents and attending UML.

“If I’d gone anywhere else, I wouldn’t be nearly as happy,” he says.

Morton’s just about done it all as an undergraduate, serving as president of the Student Government Association (SGA), working as a student EMT for Emergency Medical Services (EMS) and co-founding a student organization called the Entrepreneurial Ventures Association.

In addition to sharpening his leadership and time management skills, Morton says his extracurricular activities introduced him to people he may have otherwise never met.

“This is such a unique campus and community, with people from all different backgrounds,” says Morton, who serves as “an ear” for all students as SGA president, working with administrators to address student concerns. Among the items on their checklist: create new study space at the McGauvran Center, add more hydration stations to dorms and find ways to better integrate commuter students into campus life.

“Chancellor (Jacquie) Moloney and her team have been unbelievable advocates for students and student government,” says Morton, whose SGA executive team meets with Moloney and her cabinet once a month. “They ask a ton of questions and then come back a month later and say, ‘Here’s what we’re going to do.’ We’re really fortunate.”

Morton says he’s made some of his best friends working as a student EMT.

“Turns out it’s one of my favorite things to do here,” says Morton, who hopes to work as an EMS field supervisor while in grad school. “It’s a community I really connected with, and I love the rush of responding to a call. You never know what’s going to happen.”

Between classes, SGA meetings and being on call up to 80 hours a week as a student EMT, there’s not much free space on Morton’s calendar. Yet he still finds time to run his own business managing the sound system at area gymnastics meets.

It all started in middle school, when Morton volunteered to run the music for floor routines at a gymnastics meet where his younger brother was competing. Morton’s name was passed along to other meet organizers, and soon he was being hired to work competitions around the state. Morton employs others (including a few UML students) to work meets nearly every weekend between January and May.

“It’s really been expanding,” says Morton, whose audio business led to a spinoff job as a photographer at USA Gymnastics meets around the country.

“I’ve always had a knack for business, a little bit of an entrepreneur,” says Morton, who started his first business in the sixth grade, going door to door with a friend and offering to mow lawns, rake leaves and shovel snow. Morton eventually bought out his friend (“That’s what happens when your dad is a lawyer”) and then sold his client list before heading to college.

Morton is glad he followed his parents’ advice and chose UML.

“Being involved with student government and EMS really pushed me to love this environment,” he says. “I never thought I would be this happy at UMass Lowell, but it’s where I belonged.”