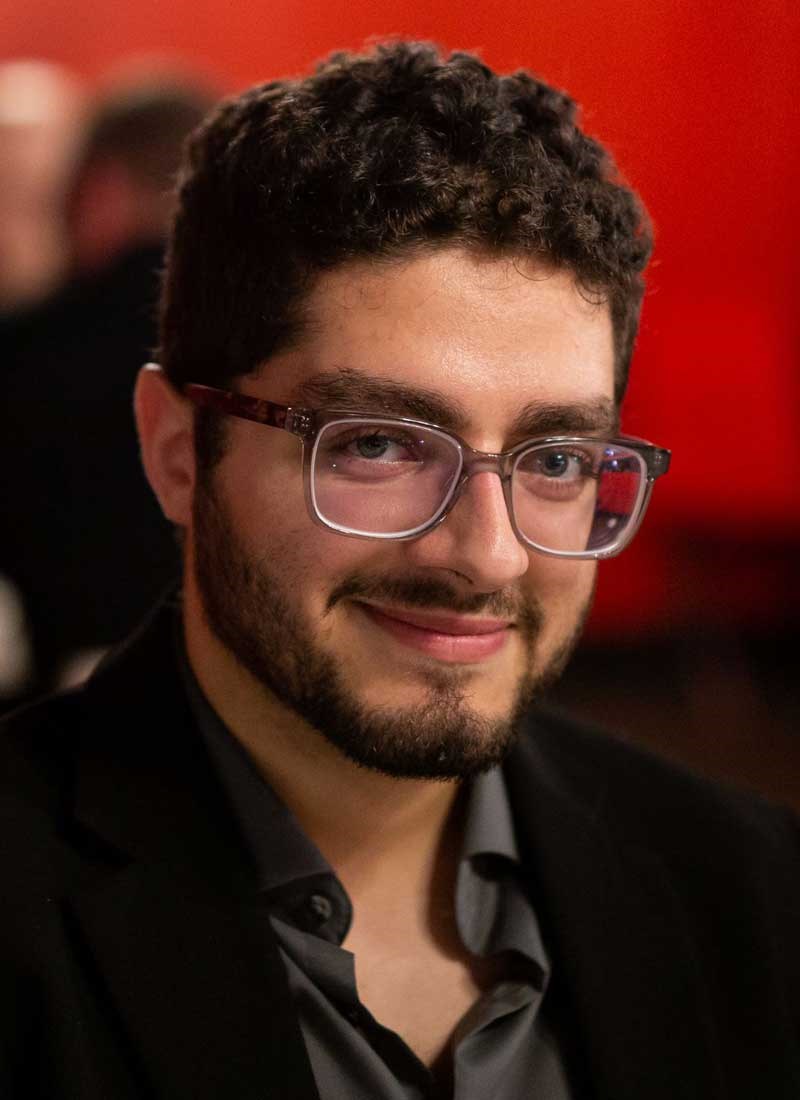 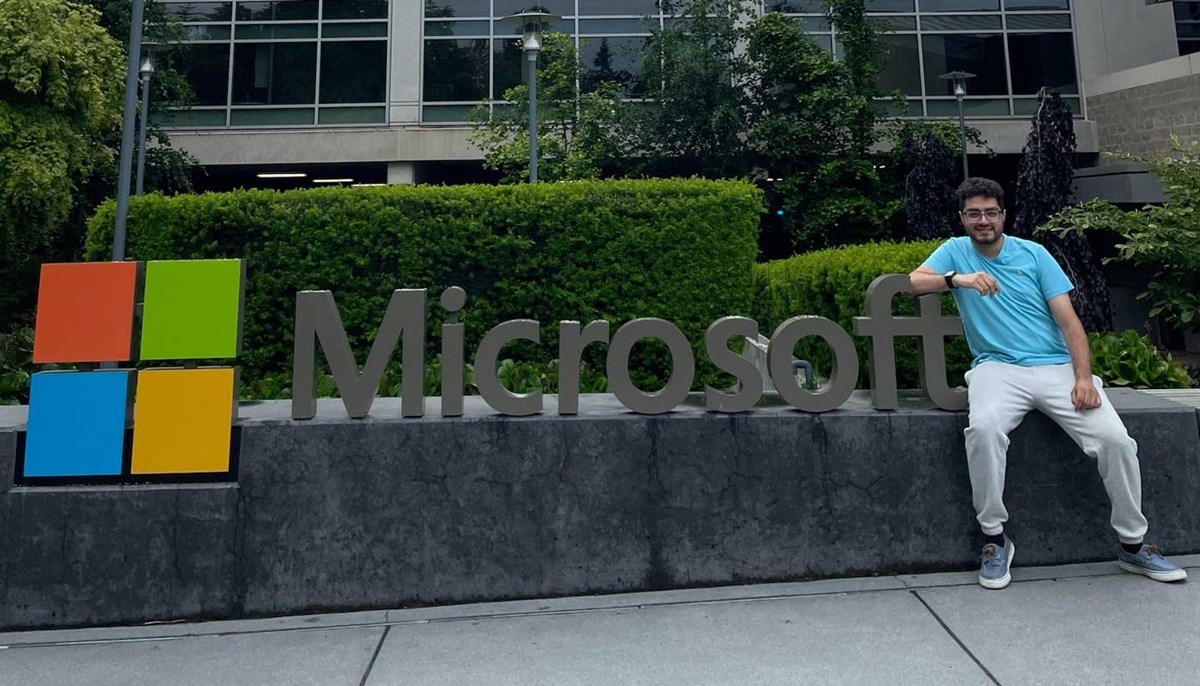 Abou Mahmoud spent the summer before his senior year at the Microsoft headquarters in Redmond, Washington, where he served as a software engineer intern. He worked on a project to improve the billing system for Microsoft’s Azure App Services, a platform for building web applications.

“This billing system processes about $2.4 billion in revenue, and my job was to automate the system because it was pretty manual,” he says. “It was awesome to work on something that’s going to be used in the real world.”

During the final week of Abou Mahmoud’s three-month internship, Microsoft offered him a full-time remote position as a software engineer.

“I’m very grateful for this job opportunity and the fact that I can rest easy knowing that following graduation, I have something lined up,” he says.

Abou Mahmoud credits his past internships with helping him get his foot in the door at Microsoft.

“Freshman year, I always had in my mind that I needed to get internships early, which I think is something students need to focus on, especially in computer science where there are a lot of jobs, but it’s also very competitive,” he says.

“It’s awesome that UMass Lowell provides the Immersive Scholars program,” he says. “The experience gave me a huge head start over peers at other schools.”

In the summer after Abou Mahmoud’s sophomore year, he worked as a software developer intern at Galvion, a military gear maker in Portsmouth, New Hampshire. He went on to spend his junior year as a software engineer intern at Teradyne, an automation company in North Reading, Massachusetts.

When Abou Mahmoud is not busy gaining hands-on experience, he’s on campus running the Muslim Students Association (MSA) as the organization’s president.

He first discovered the MSA while in eighth grade after the student organization reached out to his principal at The Islamic Academy for Peace in Methuen, Massachusetts, looking for students to recite verses from the Quran during a fall event. Abou Mahmoud agreed to participate.

“That sparked my interest in MSA,” says Abou Mahmoud, who grew up in Dracut, Massachusetts. “And during college, I wanted to be involved with this organization and help it grow.”

His goal with the MSA is to build a community of like-minded peers while providing them with an environment where they can advance spiritually.

“There are a lot of Muslims on campus, and it’s great to be able to bring them all together, whether through social events or spiritual events,” he says.

For Abou Mahmoud’s final year in college, he says he plans on focusing on the MSA and his coursework while enjoying every minute of his time left.

“At UMass Lowell, I am getting a great education at a great value, as well as work experience and a great community with the MSA,” he says. “My time at the university has definitely been an awesome and wholesome experience that I will cherish forever.”