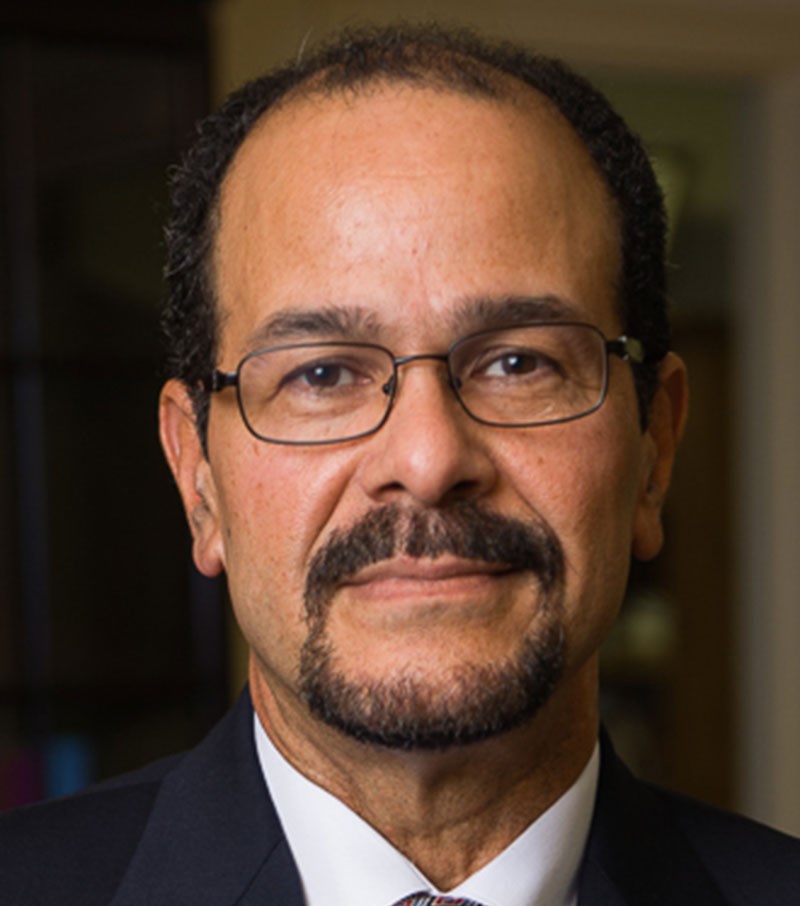 Luis M. Falcón was named dean of the College of Fine Arts, Humanities and Social Sciences in 2012. He received B.A. and M.S degrees from the University of Puerto Rico and a Ph.D. in Sociology from Cornell University in 1987.

Prior to joining UMass Lowell, Falcón was a member of the faculty at Northeastern University where he, most recently, served as vice-provost for graduate education (2004-2011). Prior to that, he served as associate dean of the College of Arts and Sciences (2002-2004) and as chair of the department of Sociology and Anthropology (2000-2002).

A social demographer, his research interests and publications are in the role of social and environmental factors in generating disparities — social, economic or of health. Current research is on health disparities with a particular focus on social support and psychosocial stress in the Hispanic population.

He is currently principal investigator of a project on psychosocial stress and cardio-vascular disease at the NIH-funded Center on Population Health and Health Disparities (CPHHD) at Northeastern. He is also an investigator on a recently funded NIH grant investigating moderators of alcohol treatment outcomes for immigrant Hispanics. While at Northeastern, he was co-principal investigator of a five-year, $3.7 million NSF ADVANCE grant to increase the participation and advancement of women in academic science and engineering careers.

Falcón has served on a large number of pre-doctoral and postdoctoral fellowship committees for ASA, FORD Foundation, the Social Science Research Council, and the National Science Foundation. He has also conducted accreditation visits for the New England Association of Schools and Colleges (NEASC).