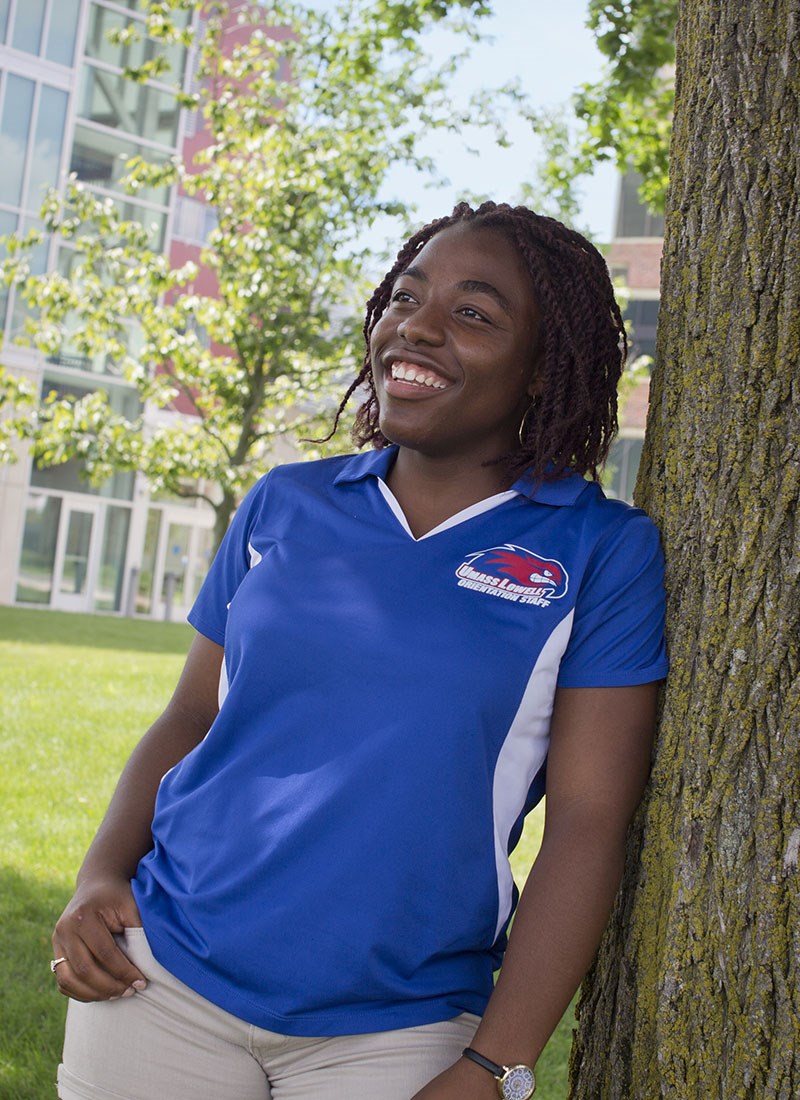 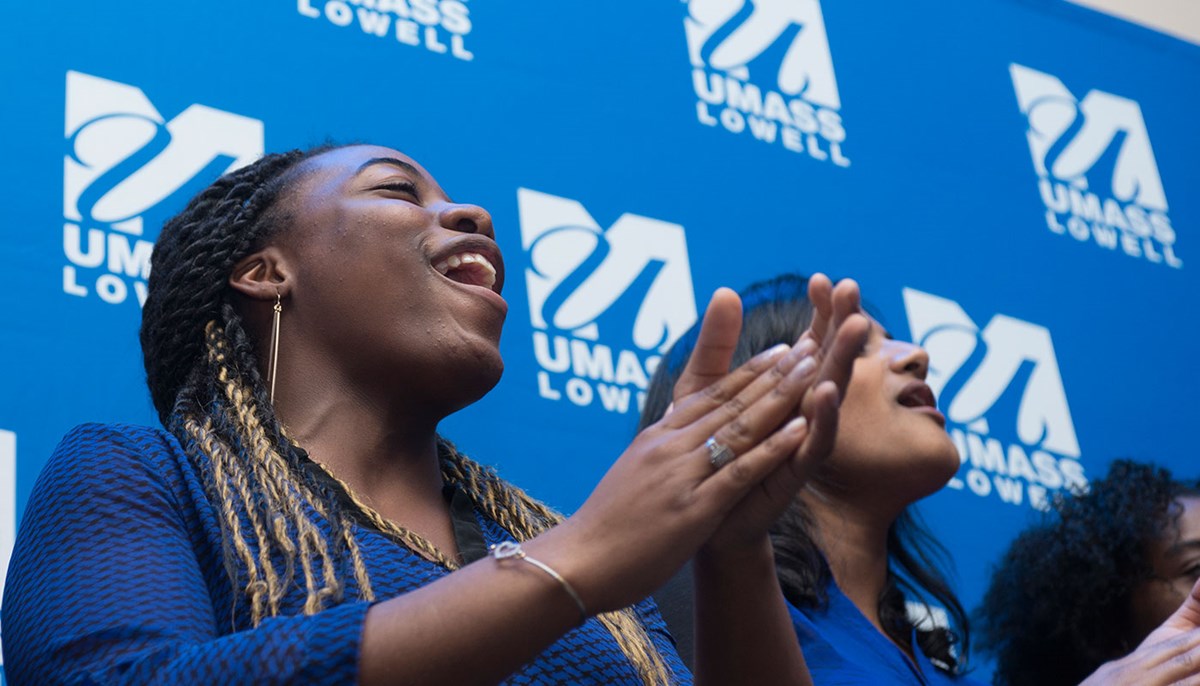 Yonnie Collins ’18 loves a challenge. That’s why she joined the women’s club rugby team and became president of the UMass Lowell Gospel Choir, a group that has so much fun its members sometimes have a hard time getting down to business.

That’s also why she joined the Honors College. After taking AP and honors classes in the Classical Academy program at Haverhill High School, she didn’t want to be bored.

“I didn’t want to sit through general education courses I didn’t care about and still get an A,” she says frankly. “I don’t want to take classes that are easy just to boost my GPA. I want to challenge myself.”

As an orientation leader, Collins tells incoming freshmen who’ve been invited to join the Honors College about all the eye-opening honors seminars they can take, like “Fast Food, Hot Planet,” or “Homelessness: Lowell and Mumbai.”

“In the Honors College, you have experiences you can’t get anywhere else,” she says.

Her favorite seminar so far is “Experiencing Philanthropy,” in which the students researched and evaluated several local nonprofits, then decided which ones should get a share of $10,000 in grant money provided by the Learning by Giving Foundation.

She says she also enjoyed the class because it had nothing to do with her major: exercise physiology.

“Sometimes the sciences get overwhelming. Having a program that makes you step out of the depth and into the breadth, I enjoyed it,” she says. “In honors right now, I’m mostly trying to enjoy it rather than have it be a stressor.”

Other honors classes she’s taken in sociology and psychology have fulfilled requirements for her major, like “Child and Adolescent Development” and “Adult Development and Aging.” Still others are universal requirements, including Honors College Writing II. Collins’ section, taught by Lecturer Matt Hurwitz, included a service-learning component that matched university students with third-graders at The Bartlett School. Collins ended up with two “buddies” and put in more hours than required.

Collins came to UMass Lowell because she won a John and Abigail Adams Scholarship – a merit-based scholarship that provides free tuition to any state college or university for students who score in the top 25% of the MCAS exam – and because she didn’t want to be too far from home, even though she’s living on campus.

She stayed for the Honors College and the university’s welcoming atmosphere.

In fact, she’s found campus life so enjoyable that her father complains she never wants to come home anymore. A neighbor told her father that was normal: All UMass Lowell students enjoy campus life so much that they stop going home.

“If that’s the biggest complaint, then I think I made a good choice,” she laughs.