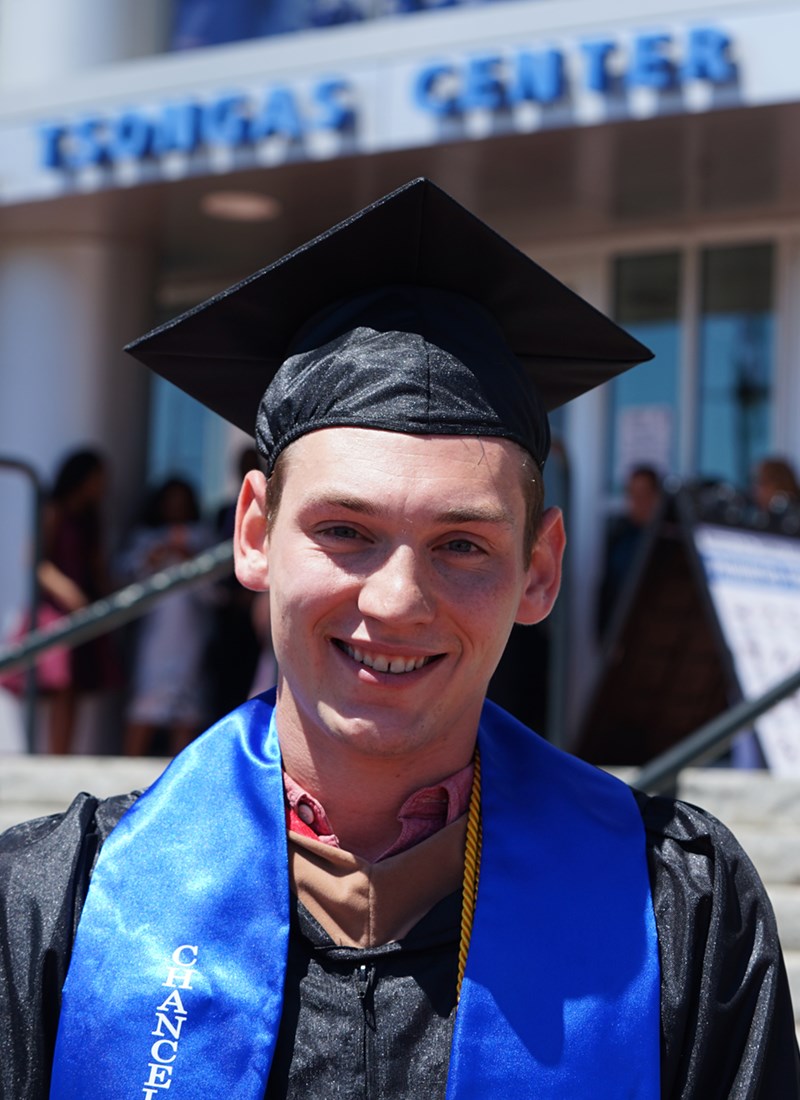 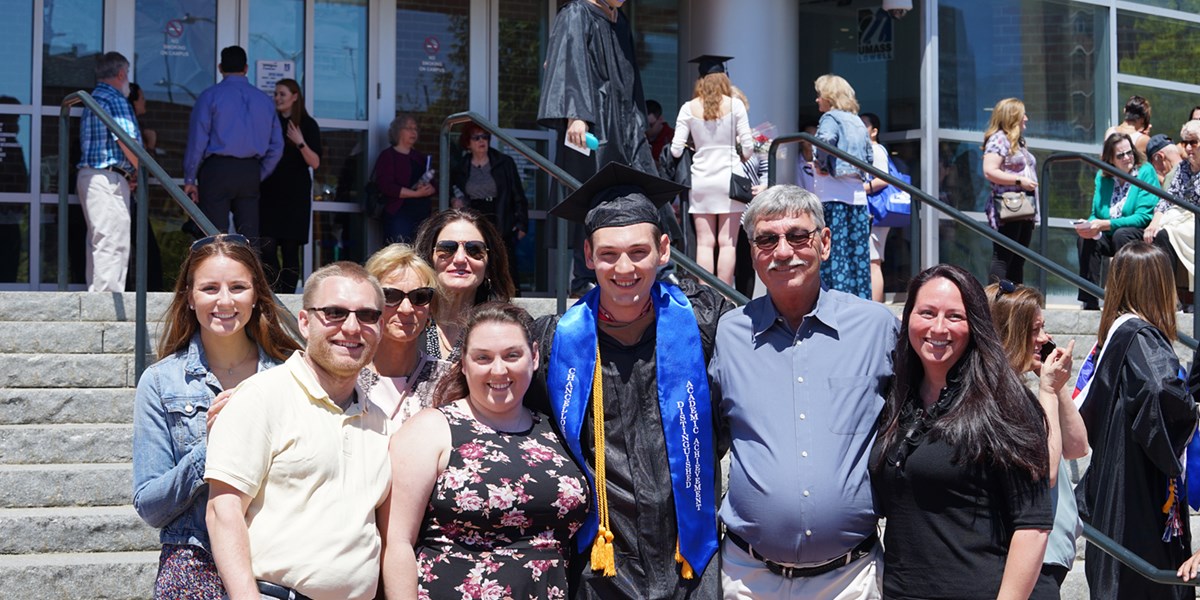 Sean Flaherty leaves UMass Lowell on top, as one of only two Manning School of Business students to graduate with a perfect 4.0 grade point average. He’s headed for his “dream job” in corporate finance with Xylem Inc., a water sustainability company based in Rye Brook, N.Y.
But it’s the low points that Flaherty had to endure over the past six years that make his success all the more impressive.
“It’s indescribable,” the Lowell native says of earning his bachelor’s degree in business administration with a concentration in finance. “It’s taken a lot of hard work over the last six years. It’s amazing to finally be done.”
Flaherty’s college career got off to a rocky start at UMass Amherst, where he gave short shrift to his studies and was “almost kicked out of school” with a 1.86 GPA.
Then things got even worse.
In the fall of his sophomore year, Flaherty suffered kidney failure. He woke up in the hospital after a week in a coma. He remained hospitalized for a month, undergoing two weeks of dialysis, before returning home to Lowell.
The experience was a wakeup call for Flaherty.
“When I woke up in the hospital I said, ‘You know what? This isn’t the life I want to live. I want to do something with my life,’” he says. “That was really the turning point. When you literally almost die, you realize some things are more important than others. I knew that if I wanted to have a great life, I have to put work into it.”
Flaherty withdrew from school to focus on his rehab at home. He started working two part-time jobs before deciding to enroll at Middlesex Community College in 2015 to get his associate degree in business administration and management.
Back on track physically and academically, Flaherty’s next stop was UMass Lowell in 2017. He seized every opportunity, landing a six-month financial analyst co-op position at MFS Investment Management in Boston, traveling to India with the Global Entrepreneurship Exchange program and even joining the Brazilian Jiu Jitsu club team.
Of all the faculty who helped him along the way, he credits Asst. Teaching Prof. Deborah Casey in particular.
“She teaches you what you need to learn, she shows you how it’s connected to real life, and she also cares about you as a student and as a person,” Flaherty says. “If you have Deb Casey, you’re not going to skip a class, because you don’t want to disappoint her.”
Now it’s on to Xylem Inc., where Flaherty was accepted to the company’s new finance leadership development program. Of 180 applicants, he was one of four to be accepted.
“I wanted to work in environmental or green energy, and I wanted to do the development program to really learn what section of corporate finance I match with,” says Flaherty, who hopes to transition into a full-time role with the company after the two-year development program is complete. “I’m super-excited.”
Standing in front of the Tsongas Center at UMass Lowell before Commencement with his Chancellor’s Medal for Distinguished Academic Achievement stole draped around his neck, Flaherty felt fully prepared to begin his career.
“One of the big things that university teaches you, more than the specific theories you learn, is how to learn, how to manage your time and how to keep growing,” he says. “I think I’ve definitely learned that here at UMass Lowell.”