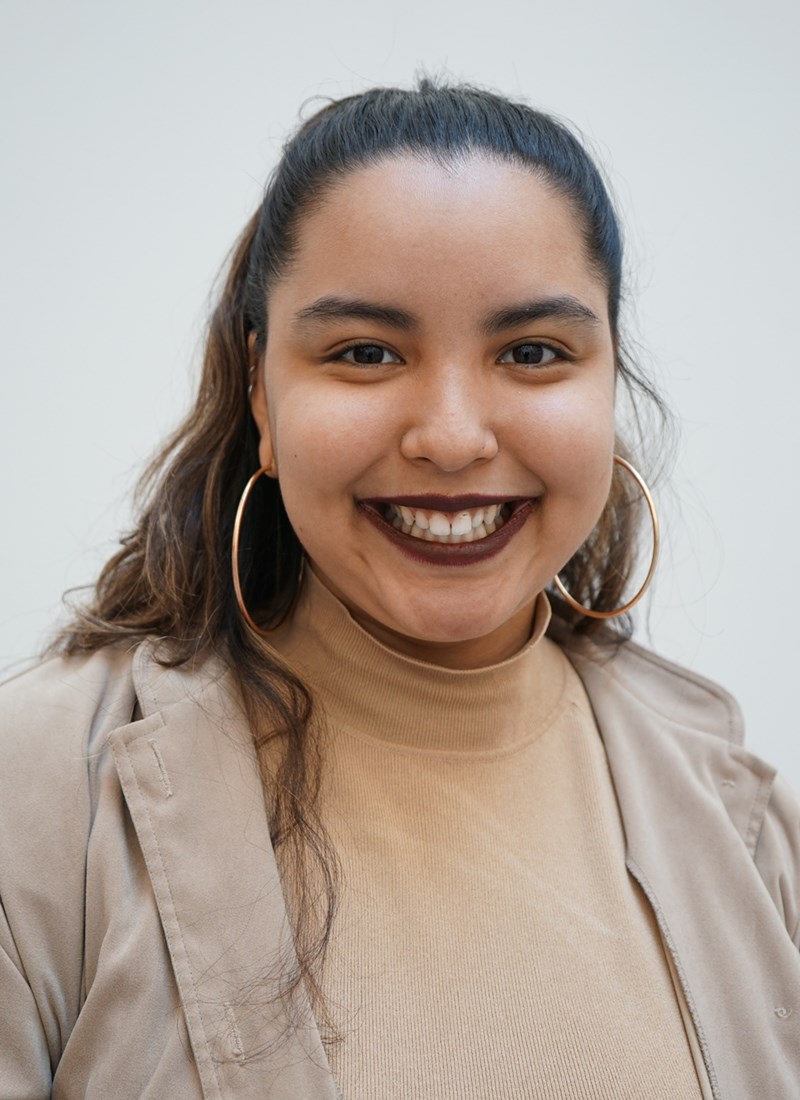 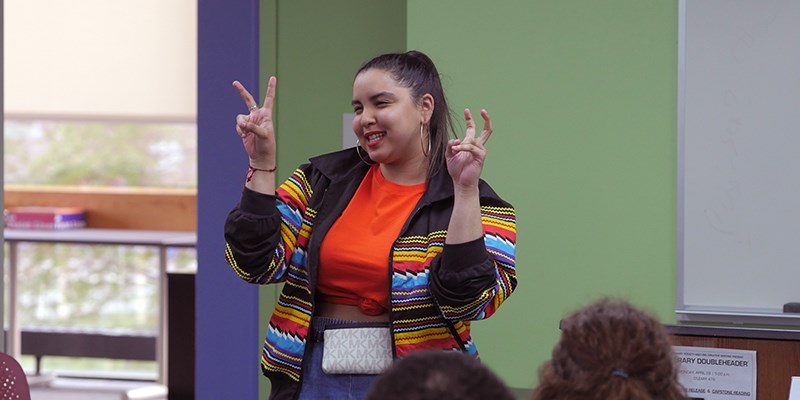 When Michelle Garcia takes the stage at a poetry slam, her words rush out in a rhythmic, emotional river.
“My brother’s favorite color was red, like the flowers he brought me on my birthday, like the ones I put on his grave …”
Then, just when you’re about to be swept away, she pauses and speaks a quiet, intimate phrase that provides a moment of clarity and rest. That’s when her poetry is most powerful.
“Writing keeps me sane,” she says. “It keeps me grounded.”
Garcia was already an accomplished poet before she arrived on campus. While a student at Kipp Academy, a charter school in Lynn, she joined the Spoken Word Club. In her first year of high school, she competed with the team in Louder Than a Bomb, a statewide poetry slam sponsored by MassLEAP, an educational organization.
That year, they took 10th place. By the time Garcia was a senior, she had helped propel the Kipp Academy team to first place.
Since turning 18, she has represented Boston in Brave New Voices slams in San Francisco and Washington, D.C. She also represented House Slam, a Boston poetry venue, at Women of the World, an international women’s spoken word competition in Dallas. And she recently performed at the celebration for Boston’s new poet laureate, Porsha Olayiwola, Garcia’s mentor and the founder of House Slam.
Now, Garcia is learning a different discipline as an English major in the creative writing concentration: how to translate her poetry to the page. She has two poems in the latest version of the student literary journal, The Offering.
“It’s so funny going from slam competitions to in-the-classroom poetry. Sometimes my energy is way up here, and I’m like, ‘Come on, people! Let’s go!’” she says. “I definitely have been pushed out of my comfort zone as I transition into writing my poems. How you manipulate language matters, because it’s all on the page now.”
She’s taken several classes with Assoc. Prof. Maggie Dietz, an accomplished poet herself. Garcia enjoys the challenge of figuring out how to write formal poetry in her own voice.
“It’s writing out of the box. How do you take an old form and make it new?” she says. “How do you take a villanelle and make it sound like a Michelle villanelle?”
Garcia is double-majoring in sociology, which helps with the other side of her mission: organizing youth for social justice. MassLEAP has trained Garcia as a mentor, workshop leader and organizer for other young people, and she is now a member of the nonprofit’s board. Garcia also organizes a monthly youth event for House Slam.
In addition, she provides literacy education to underserved preschoolers four or five days a week through the campus branch of Jumpstart. She also volunteers at the Lowell Transitional Living Center as part of an honors service-learning class on homelessness. And on weekends, she helps out at her mom’s restaurant in Lynn.
Now, she’s helping to facilitate some spoken word teams at Lowell High School. Helping organize other young people is important to Garcia, who says poetry gave her a voice, a way to express her anguish at the pain and injustice she saw around her and experienced herself.
“I used to be really shy,” she says. “Not anymore.”