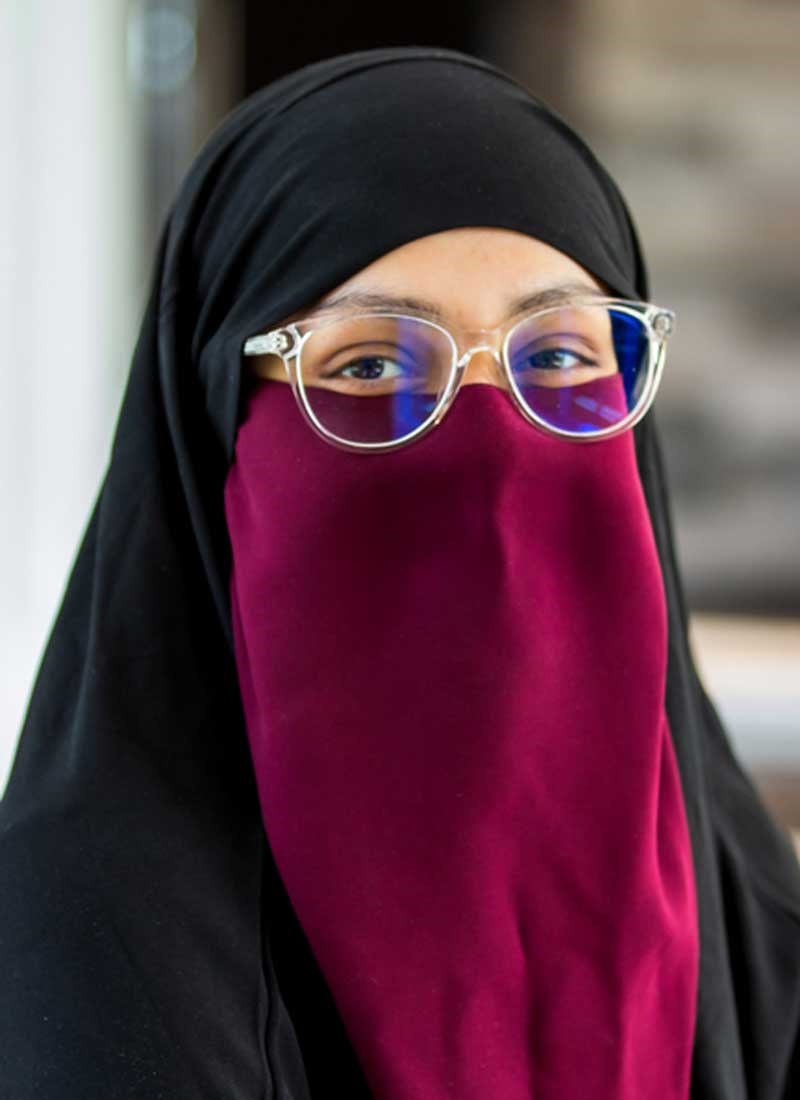 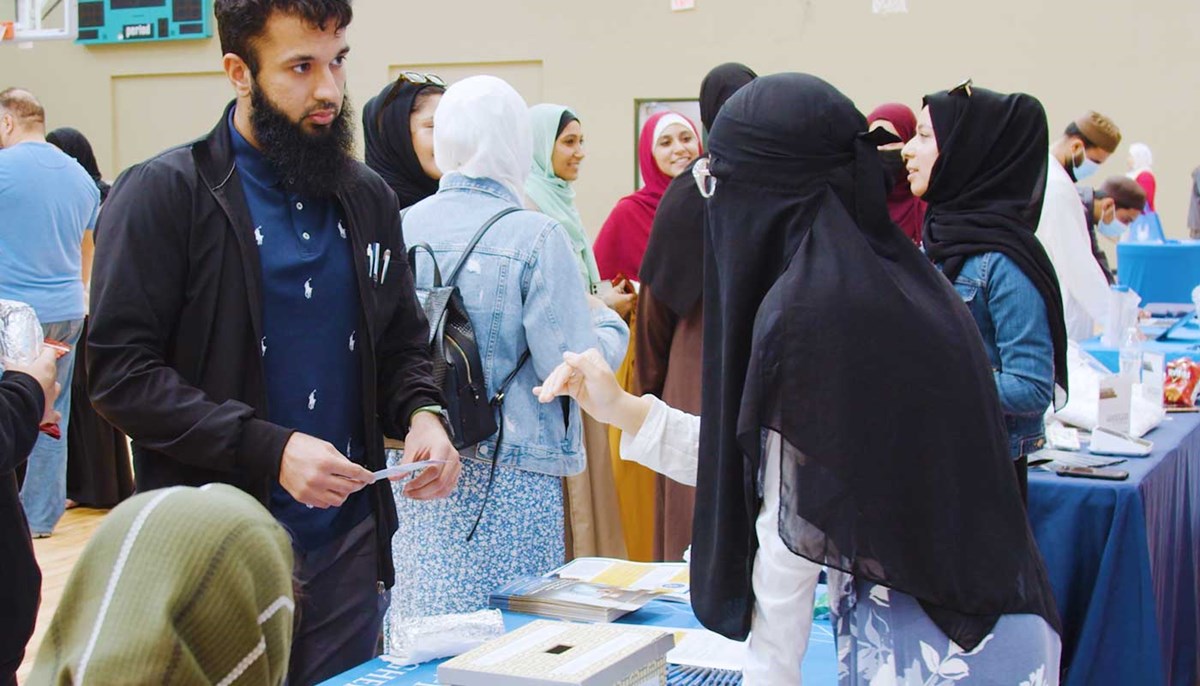 Melisa Hussain ’21 was working on her AP English classwork in Dallas, Texas, when the high school guidance counselor and assistant principal pulled her aside and said some people wanted to speak with her.

The visitors were an FBI agent, a police officer from a joint terrorism task force and an Arabic translator. Hussain, who grew up in Dallas speaking English, had just turned 17, and law enforcement officers told her they could question her without an adult present.

After that, FBI agents questioned her at her high school several times without ever telling her she had the right to a lawyer, she says. She didn’t tell her mother because she knew it would terrify her. Hussain was terrified, too; she asked the agents if they were going to send her to Guantanamo Bay.

They replied, “If you are involved in any terrorist activity, we will send you far away where your family and friends will never see you again,” she says.

Hussain thinks she was singled out for surveillance because she was the only visibly Muslim young woman at her high school and she was outspoken about social justice. While most people at her mosque were afraid to appear Muslim, one woman who mentored her wore both a hijab and a niqab in public, and Hussain was moved to follow her courageous example.

“I decided to wear the niqab after there was a spike in hate crimes against American Muslims,” she says. “I said, ‘There needs to be someone who’s strong, and I’m going to do what I believe.’ And in addition, I felt so beautiful and empowered; I felt so free.”

Through an early college program, Hussain earned an associate degree from community college alongside her high school diploma. She applied to complete her B.A. in English at UML, where she joined the Honors College.

She found mentors in the English Department – her advisor, Assoc. Prof. Keith Mitchell, and Assoc. Teaching Prof. Kevin Petersen. When she told them she wanted to explore the high school experiences of visibly Muslim girls for her honors capstone research and thesis, they connected her with Education Assoc. Prof. Stacy Szczesiul, now associate dean of Fine Arts, Humanities and Social Sciences.

All along, Hussain kept getting visits from the FBI. She was afraid they would find out about her project and shut it – or her – down. Szczesiul reassured her.

“The agents came to my home. They followed me to UMass Lowell and back to Texas,” she says. “I was so traumatized; I had nightmares of being taken away.”

During her final semester, Hussain got a remote internship with the Florida office of the Council on American-Islamic Relations (CAIR). She worked on a “Know Your Rights” brochure for young Muslims, spearheaded a database on surveillance incidents and conducted a social media campaign on interactions between Muslims and the FBI.

So when an FBI agent came to her home in Dallas in summer 2021, shortly after she had graduated from UML, she told the agent she now knew her rights and would not talk without a CAIR lawyer present.

Hussain has been accepted as a Ph.D. student in American Culture at the University of Michigan Ann Arbor, where there is a supportive Muslim community. She will continue pursuing her research on federal surveillance of visibly Muslim girls and women. Meantime, Melisa works at a nonprofit, A Continuous Charity, that provides interest-free loans to Muslim students

“I want to be that Muslim woman who is proud of her representation, who can help her community and create that critical research we need to make our lives better – and America better, because this is our home,” she says.