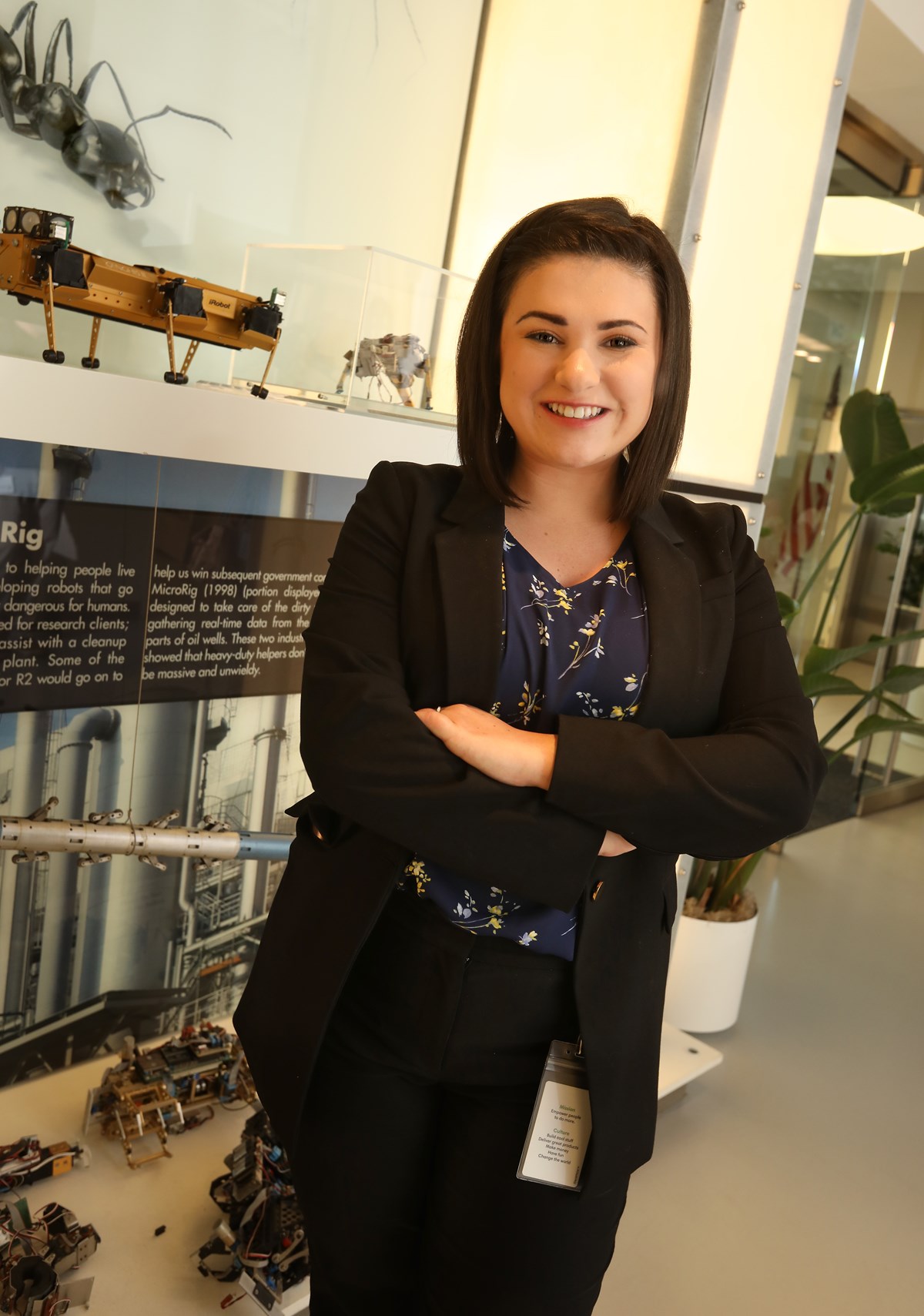 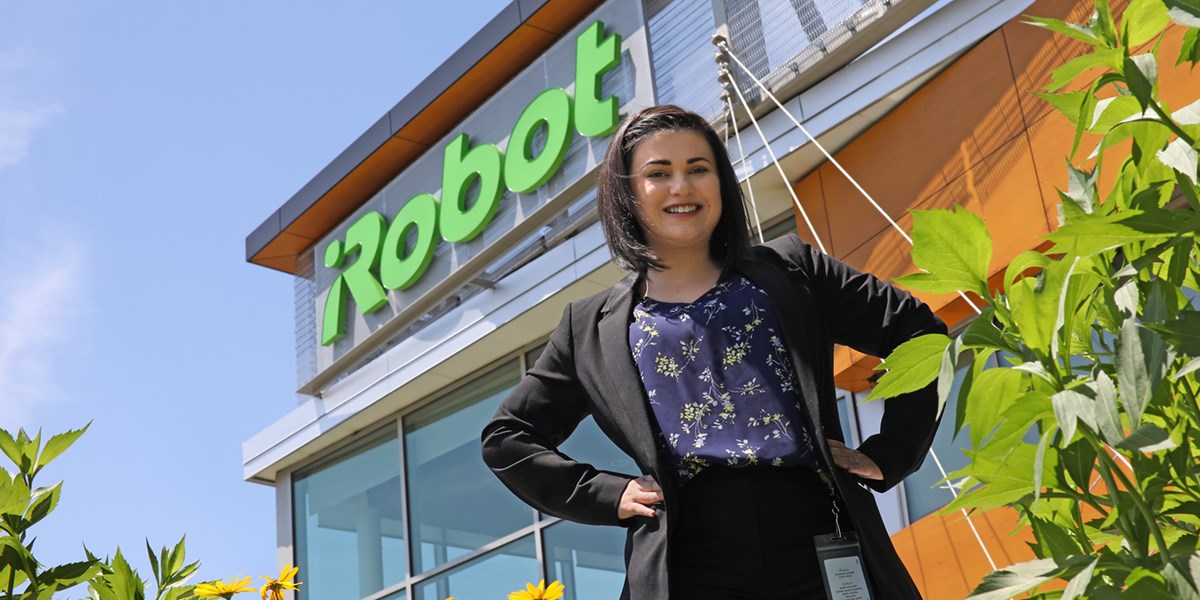 During her accounting co-op at iRobot, Kelly Dankese was in a team meeting where a colleague discussed an alternative process for setting up financial statements.

“I’m doing that in class right now!” says Dankese, a business administration major from Wilmington who was taking an online accounting course at the time. “Because I had such a concrete example from my co-op, it made so much more sense in class.”

Conversely, a lot of what Dankese learned in class, such as using the data visualization software Tableau, carried over at iRobot.

“I’d used Tableau in school, but applying it at iRobot was a different learning curve,” she says. “Learning it in school helped me there; using it there helped me in school.”

Dankese’s co-op was supposed to run from January to June of her junior year, but she so impressed her team that she was extended through the summer. Her goal is to become a full-time employee once she completes her degree.

“I didn’t realize how lucky I was to get this co-op at iRobot,” says Dankese, who knew from her first interview that she wanted to work for the Bedford-based tech company. “They have a lot of women in leadership roles, which was really cool to see. I could tell it was a really good fit for me.”

While some may consider accounting work “boring,” Dankese says that’s hardly the case when working for a cutting-edge robotics company.

“It’s definitely a fun place to work,” says Dankese, who enjoyed the company’s holiday party at the Boston Public Library and ice cream truck visits in the summer. She was even able to take home a few of the company’s popular Roomba vacuums.

Dankese visited several schools when applying to college, but UMass Lowell “was the only one I liked,” she says, citing its small-city environment and affordability. She enrolled as a math major and thought she wanted to become a teacher, but after being immersed in a grade school classroom as a freshman through the UTeach program, Dankese had second thoughts.

“I didn’t like teaching as much as I thought I would,” she says. “But I’m super grateful that was the program I was in, because if I’d gone to another school I wouldn’t have found that out until a few years later. The fact that I got started as a freshman gave me a headstart to figure that out.”

Turning to business, she is following in the footsteps of her father, Bob Dankese, who got his master of business administration from the Manning School of Business in 1993 and is now chief financial officer at Howard Stein Hudson in Boston.

“When I come home with accounting stories now, he understands them,” says Dankese, who worked as a summer intern at a small CPA firm in Wilmington following her sophomore year. She was also vice president of finance and director of fundraising for her sorority, Alpha Sigma Tau.

“I could do the CPA route, but I like the corporate environment a lot more,” Dankese says of her future career path. “To me, everything has to line up and balance. I like that reasoning.”

Dankese, who learned about the Professional Co-op Program from a roommate, recommends it for every student. “It teaches you interview skills, they correct your résumé, you learn how to navigate a career fair. Every skill you need is covered,” she says. “I’ve absolutely loved it.”