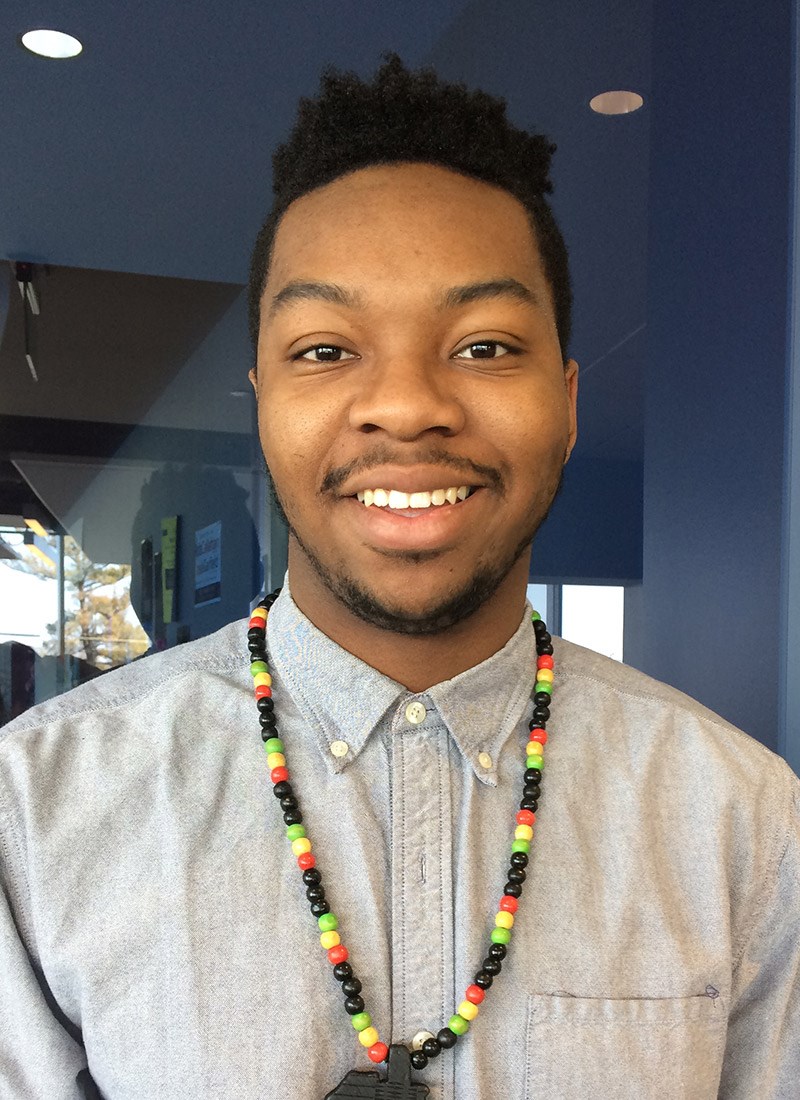 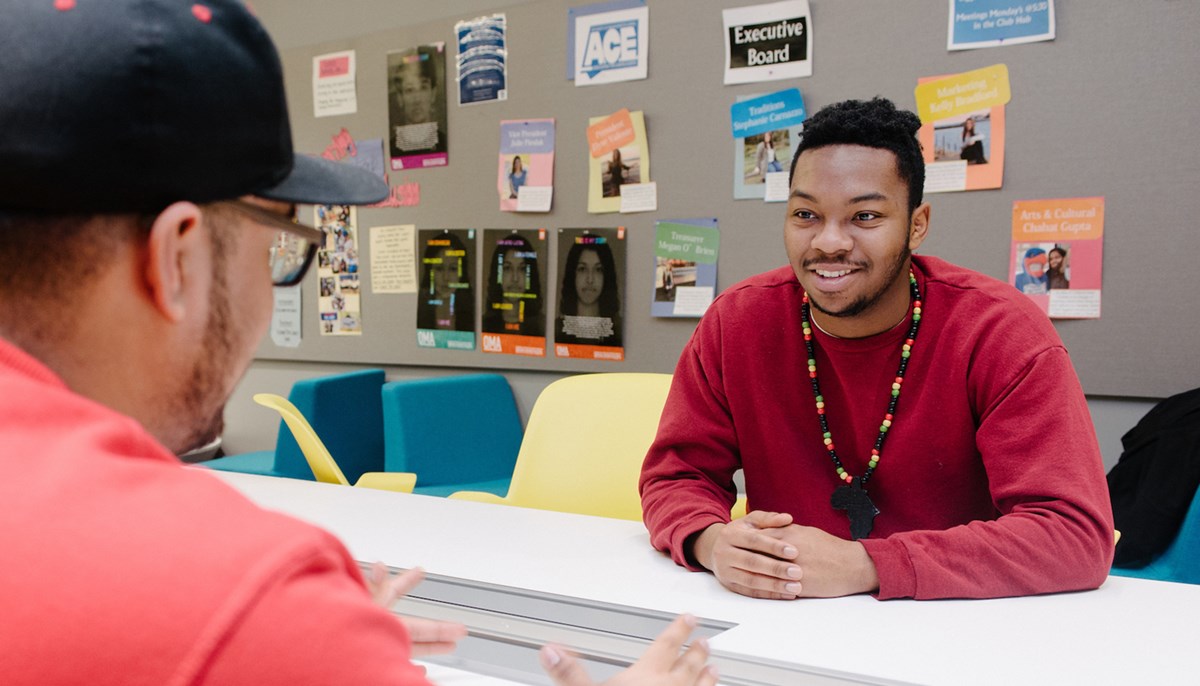 Kadeem Davis ’18 came to UMass Lowell because he won a scholarship that covered his tuition —and for a chance to live somewhere outside his hometown of Boston.

“Growing up, Boston is all I ever knew. I never traveled to other cities,” says Davis, the son of Jamaican immigrants. “Also, UMass Lowell is very affordable.”

Now, the finance major is on track to earn his bachelor’s degree and M.B.A. in five years. He hopes to work at a bank, evaluating and promoting housing and business investments in distressed communities.

“I want to use what I’ve learned to help impoverished neighborhoods and help build businesses,” he says. “I feel investing is the key to making a change in income inequality.”

He’s also learning the ropes of social justice here. Davis and a handful of friends started the Black Student Union on campus, inspired by the Black Lives Matter movement and activism on other campuses.

“We had other black clubs, like the Association of Students of African Origin and Students of Caribbean Ancestry, but I wanted to try to unite the black community here at UMass Lowell and give them a voice on campus,” he says.

Previously, Davis was a self-described “behind-the-scenes person,” so taking a leadership role is forcing him to step outside his comfort zone—and giving him good experience. Working with the Office of Multicultural Affairs, he laid out a plan, assembled an executive board and met with the chancellor to get official approval for the new student organization.

He’s applied some lessons he learned in a business ethics class.

“We talked a lot about ethical behavior and what organizations should do if they want to have a good relationship with the public. I learned a lot from that,” he says.

As president of the Black Student Union, he’s learning about the challenges of managing people who have different expectations, too. Some students mostly want to celebrate black culture, while others are more interested in making social change. Davis tries to ensure everyone is heard so that everyone gets involved in planning both cultural and social justice events.