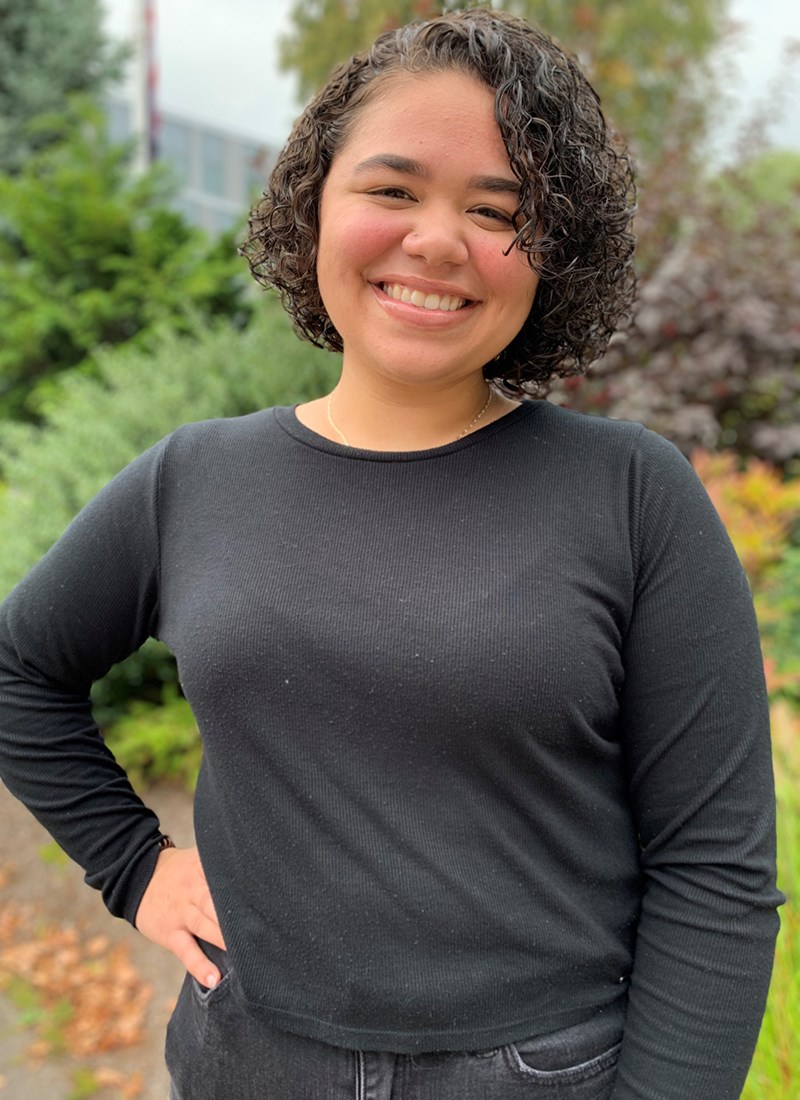 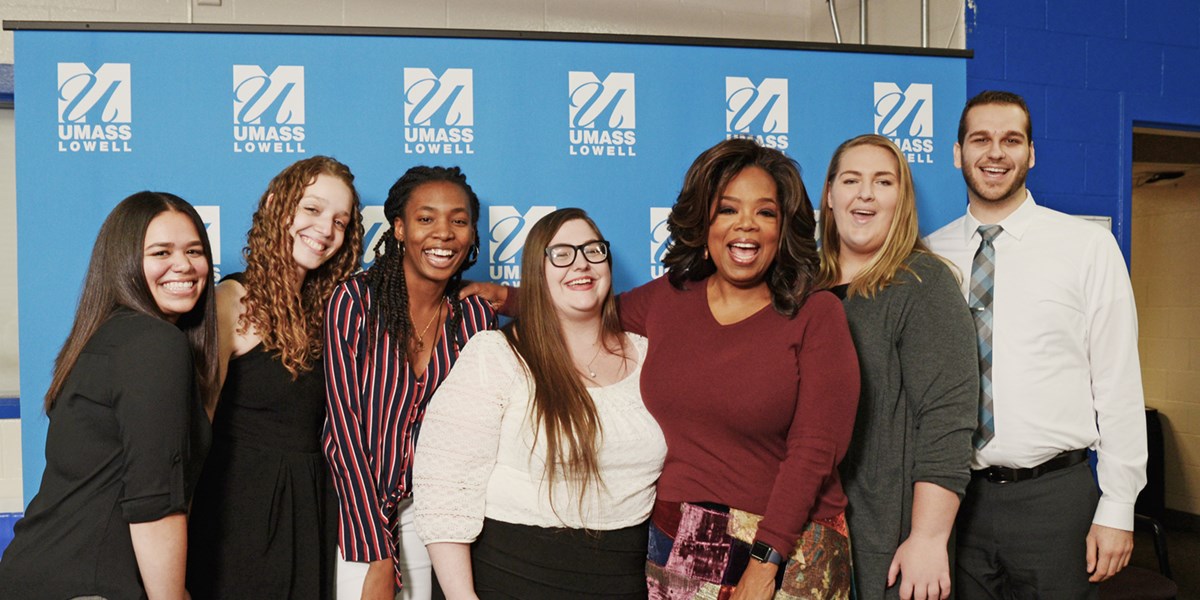 Coral Gonzalez has always loved helping people, and for a long time she planned to do it as an FBI agent or a police officer.

An emergency hospitalization in middle school for pneumonia, strep and mono changed her mind.

“I saw how the nurses took care of me, and I decided to become a nurse,” she says.

For high school, Gonzalez chose Lynn Vocational Technical Institute because it had a certified nursing assistant program. She passed her exams and got a job in her senior year as a CNA in the emergency room at Union Hospital. She still works there, as well as at Winchester Hospital in the post-operative suite.

Now she plans to work as an emergency room nurse after graduation, while studying for her ultimate goal: becoming a psychiatric nurse practitioner. She’s taking psychology classes for all of her free electives and hoping to complete a minor.

Gonzalez first visited UMass Lowell when Lynn Vo-Tech brought her and other students for a tour. She already knew the nursing program was excellent, but she decided to come here the minute she stepped off the tour bus because she fell in love with the campus, which is urban but offers lots of peaceful green space, too.

Gonzalez got even more excited after she was offered admission to the Honors College – a challenge that her guidance counselors urged her to take on.

The First-year Seminar in Honors (FYSH) further developed her appreciation of Lowell by requiring her to explore places she wouldn’t have known about otherwise, she says. The course, Text in the City, immerses students in Lowell’s rich history as a mill city and magnet for immigrants around the world, as well as its vibrant literary, arts and food scene.

The small, discussion-based honors classes have helped her make connections with inspiring professors, too, she says, including Visiting Honors Prof. Julian Zabalbeascoa. She plans to apply for the honors study abroad program to Cuba that he leads every winter term.

Gonzalez is thankful for the university’s Student Affairs staff as well. Annie Ciaraldi, associate dean and the university’s primary point of contact for students struggling with food and housing insecurity, helped Gonzalez secure on-campus housing in the summers. Meanwhile, the Campus Rec Center offered her a summer job after two years in which she took on increasing responsibility in her work-study job.

Ciaraldi also nominated Gonzalez for one of the first six Oprah Winfrey Scholarships – which she won. She has also received the Manning Nursing Management and the Madonna J. Schromm Nursing Scholarships, each for one year.

“It’s taken some of the financial burden off of me,” she says.

That’s proven to be crucial, especially since she suffered another health crisis that hospitalized her the summer after her sophomore year. But Gonzalez says that her experience on both sides of the nursing-patient relationship has only made her more empathetic as she starts her clinical rotations – including one in Boston Children’s Hospital’s pediatric ward, where she was once a patient.

“I can see, from the point of view of the patient, all of the pain they’re going through,” she says.