About The Honors College 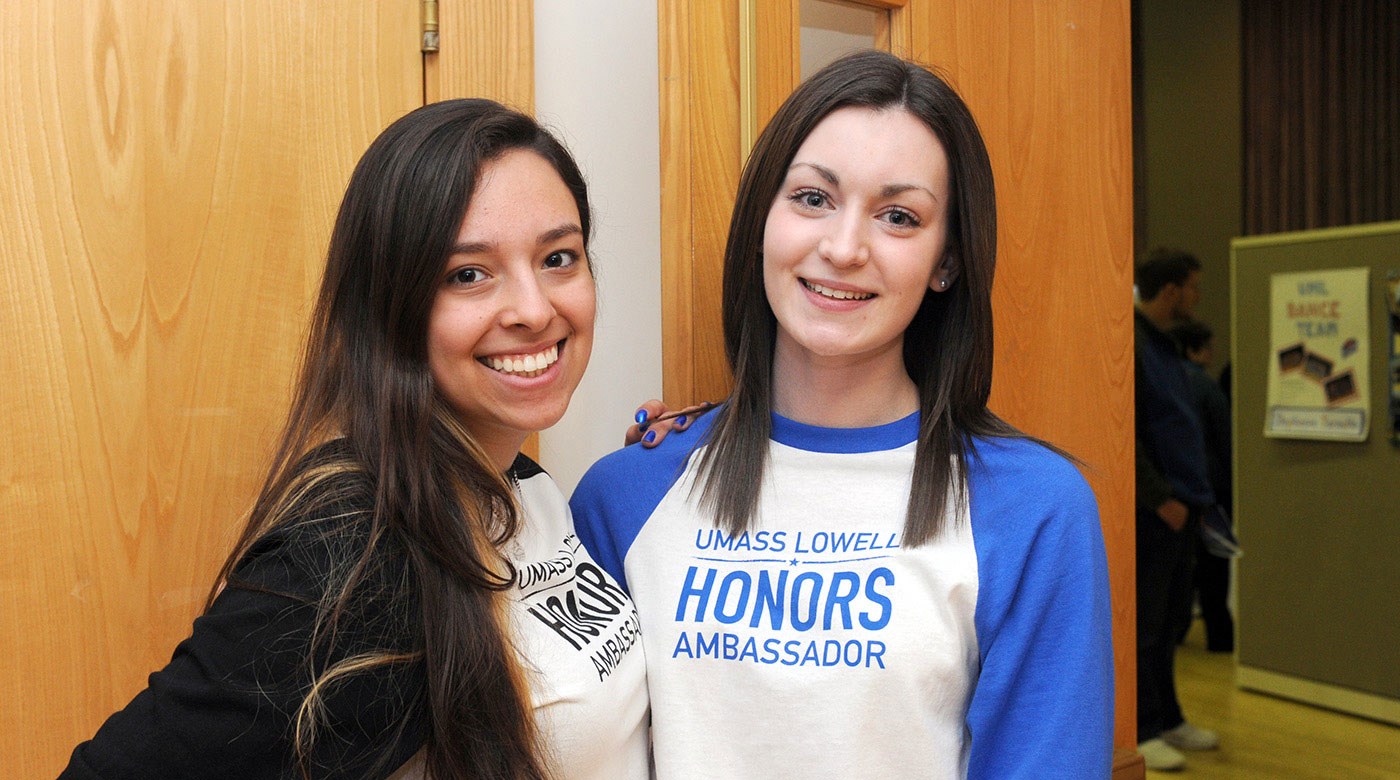 Our mission is to challenge, encourage, and celebrate undergraduate students who pursue a path of academic excellence on their way to becoming advanced scholars, working professionals, creative artists and/or community leaders. We do this through innovative and engaging classroom settings, living communities and special events that promote a love for inquiry, learning and exposition. Our Honors College welcomes students who are able to thrive in a reading, writing and research oriented environment and who want to be encouraged and challenged by their peers and our Honors Faculty.

The UMass Lowell Honors Program began in 1995. Instrumental in its creation were Eric Sheldon, Eugene Mellican, Robert Kunzendorf and Jacqueline Moloney. Many have played a leading role in supporting Honors over the years, including several directors and associate directors, as well as many Honors Coordinators including Elizabeth Donaghey, Veronica Gadbois, Kristen Rhyner and Brooke Crossman.

UMass Lowell's Honors College is administered by a dean and a team of full-time and part-time staff. The dean reports directly to the Provost's Office. The UMass Lowell Honors College Faculty Council, consisting of both full professors and associate teaching professors, serves in a campus-wide advisory role.

The Honors College is a member institution of the Massachusetts public higher education Commonwealth Honors Programs and the National Collegiate Honors Council (NCHC).