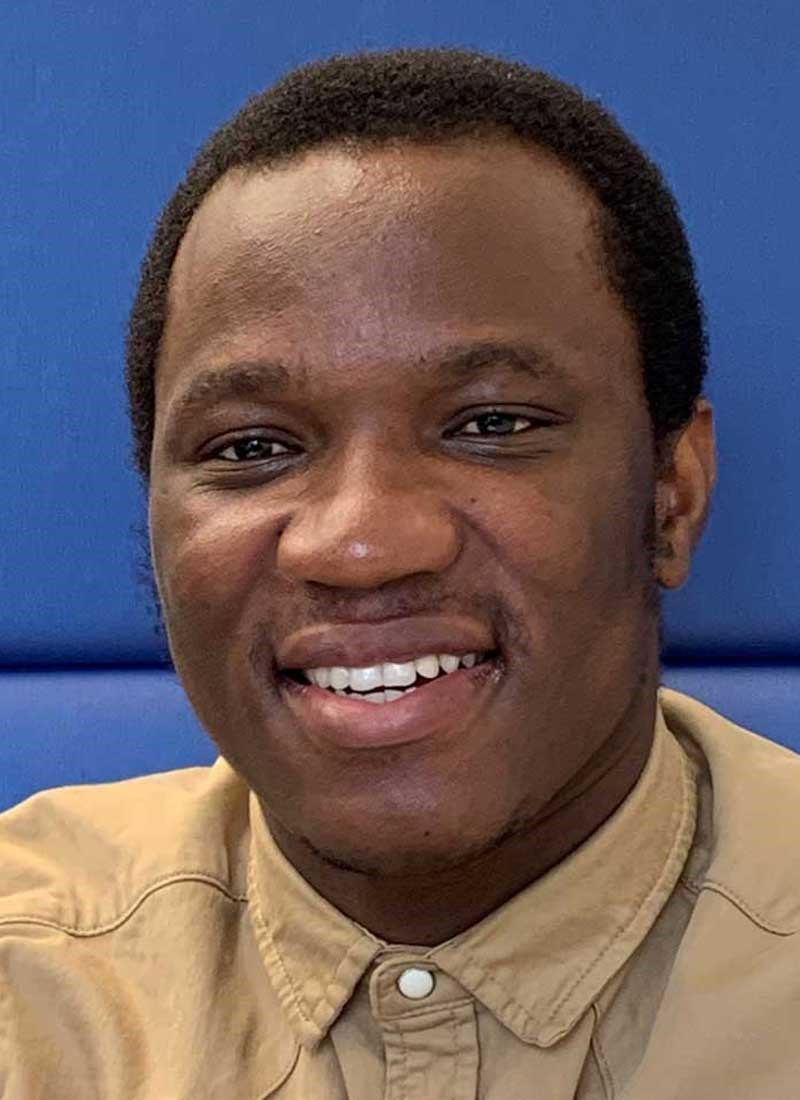 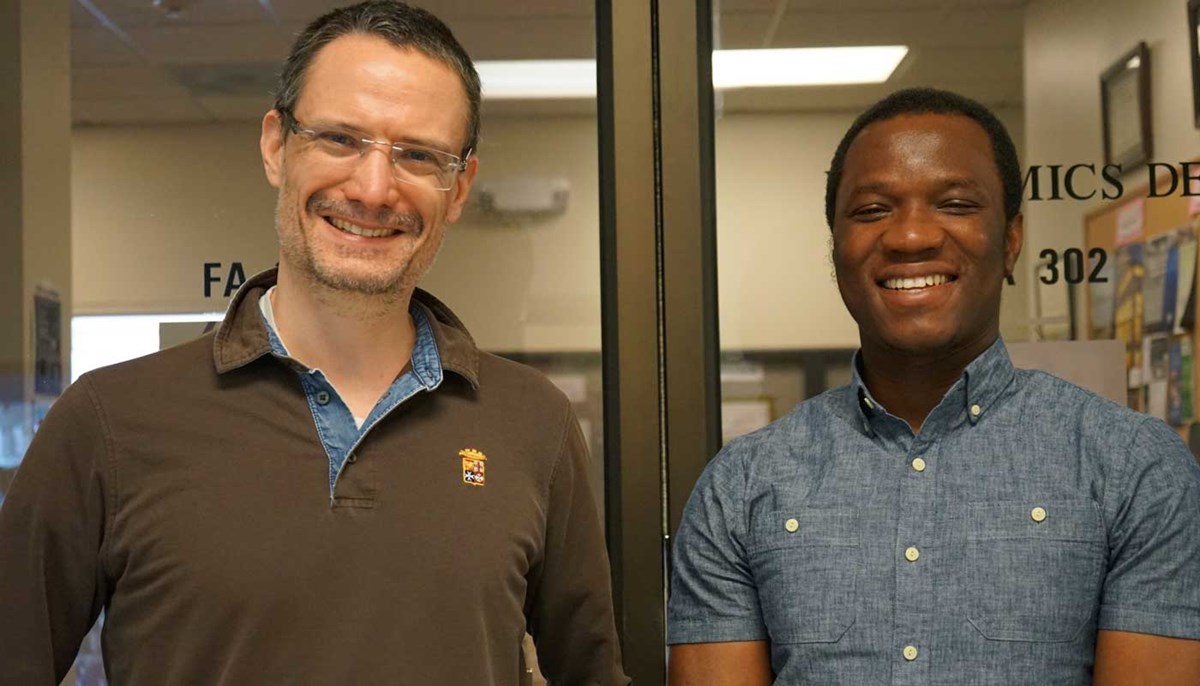 Ahiatsi was studying economics at a university in Ghana when, against the odds, his number came up in the U.S. visa lottery.

While waiting for his employment papers, he stayed with a family friend in New York City who helped him get a job as a gas station attendant in Trenton, New Jersey.

But after three months of work, Ahiatsi was frustrated: He wanted to continue his education. “I thought, ‘If I’m not careful, I will get stuck here,’” he says.

So he asked a pastor back in Ghana, with whom he had boarded throughout middle and high school, for advice. The pastor contacted a relative in Malden, Massachusetts, who arranged for Ahiatsi to stay with another family nearby. They advised him as he found a new job, took a community college placement test and earned an associate degree at Bunker Hill Community College, pursuing a math-heavy curriculum.

Ahiatsi applied to three UMass campuses to continue his degree, and he got into all of them. He chose UMass Lowell because the university is offering a new Bachelor of Science in Quantitative Economics degree.

The B.S. pathway includes more math and data courses – including Econometrics, Mathematical Economics, Advanced Software for Economics, and Analytical Economics – than the traditional B.A. That aligns with his career and graduate school goals, Ahiatsi says.

“I was interested in something that would allow me to make a data analysis and then explain it clearly, so it can have an impact on policy decisions,” he says.

Ahiatsi, who is also working toward a minor in mathematics, will be in the first group of students to graduate with the B.S. in Quantitative Economics. In the meantime, his focus on numbers won him a summer internship in the Boston office of Compass Lexecon, an international economics consulting firm.

Ahiatsi also works for a security firm in Boston to support himself, but he is applying for scholarships so that he can cut back on his hours during his internship and his senior year, when he plans to do research that will lead to his honors thesis. And then, he plans to apply to graduate school.

“I want to ingrain myself in research here,” he says. “Graduate school is full of math and research, and to do good research you need good quantitative skills and analytical skills.”

Ultimately, he’d like to help governments and industries craft better laws and policies by understanding the likely economic consequences. With a little more luck and a lot of hard work, he hopes that numbers will take him all the way to a job at an international organization, he says.

“My dream job would be at the World Bank, the International Monetary Fund or the United Nations, because issues of economic policy affect the well-being of countries.”