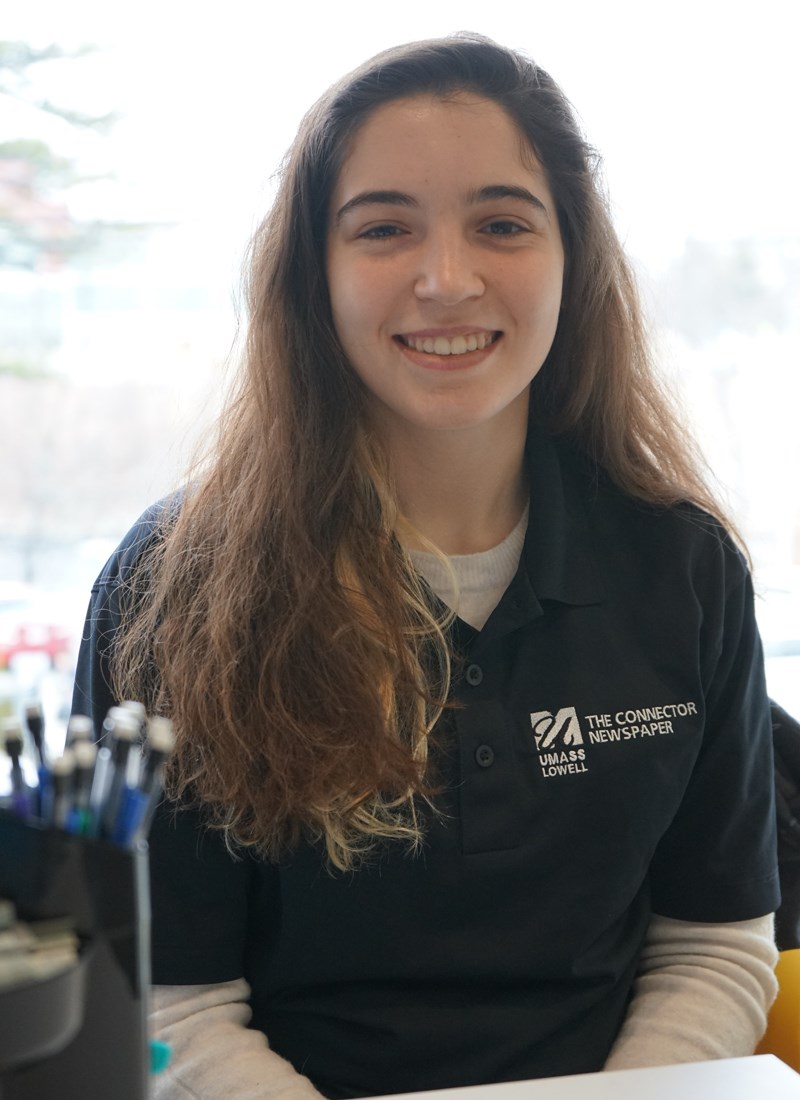 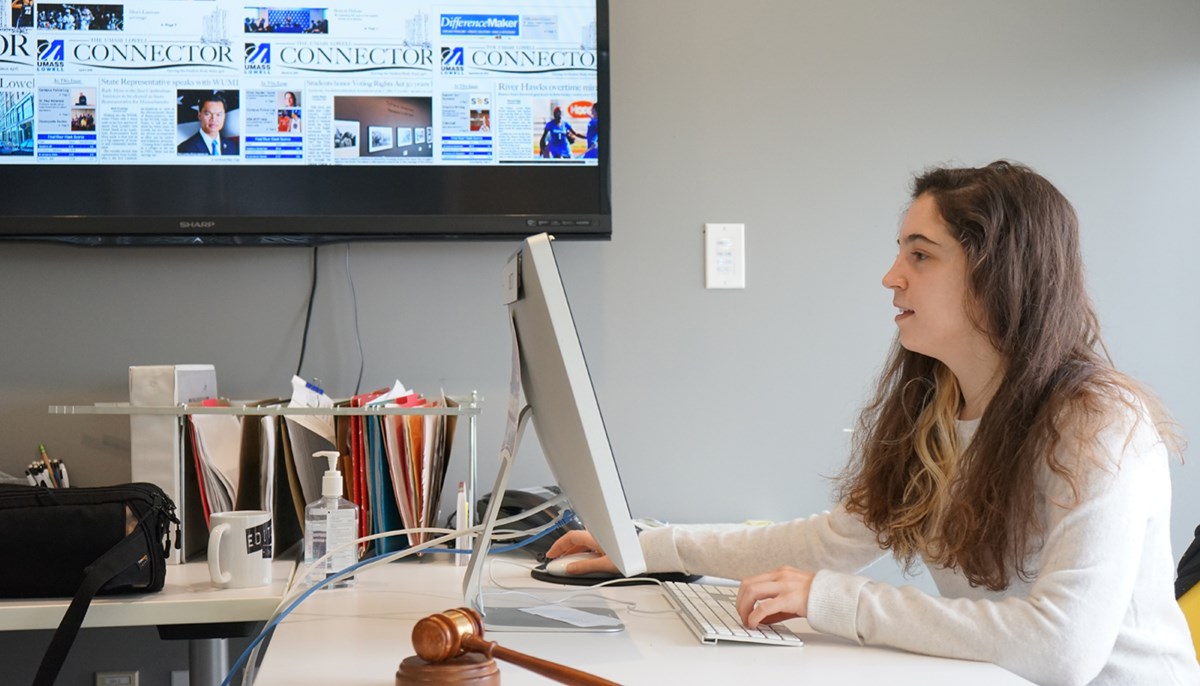 Taylor Carito is driven by deadlines.
As soon as she arrived on campus, she signed up as a reporter for The Connector student newspaper and website, drawn to hard news reporting and the rhythm of weekly deadlines.
It changed the trajectory of Carito’s education. She started out as an English literature major, but she quickly switched to the journalism and professional writing concentration, and later added minors in political science and digital media.
In her second semester, she stepped up to assistant news editor at The Connector. Her sophomore year, she edited the entire news section, and The Connector staff elected her to serve as editor-in-chief her junior year.
“I always wanted to be editor-in-chief,” Carito says. “I knew I really liked leading people. I knew I was a good editor and could do good things for the organization.”
That includes encouraging more coverage of hard-hitting news, such as the new requirement that resident advisors conduct formal interviews with students about issues that might interfere with their academic success and then report the results. Carito says her primary goal is for The Connector to cover more news that students can use.

“We’re really the eyes and ears that can let students know what’s happening at UMass Lowell,” she says.
Her election as editor-in-chief came just in time to help her meet another important deadline: graduating in 3½ years. She will spend her last semester easing the transition for the next top editor.
In addition to editing and studying, Carito works 20 hours a week as a social community manager for a digital marketing firm and another eight hours a week as a campus writing tutor. On top of that, she occasionally teaches as a substitute in the Lowell public schools – and she’s taking a graduate class in the College of Education to explore a career in teaching.
“I love constantly being busy,” she says. “I’m really good at organization and planning things out.”
She brings those skills to her job as editor-in-chief, working with her section editors on time management and meeting deadlines. Creating a climate of respect is a priority for her. In cases of conflict, she tries to find a reasonable compromise.
Carito says UMass Lowell emerged as her top-choice college when she came to Welcome Day.
“The English faculty were just so friendly,” she says. “And the whole campus is amazing. I like that it’s spread out, but integrated into the city, too. It forces you to get involved in the city more.”