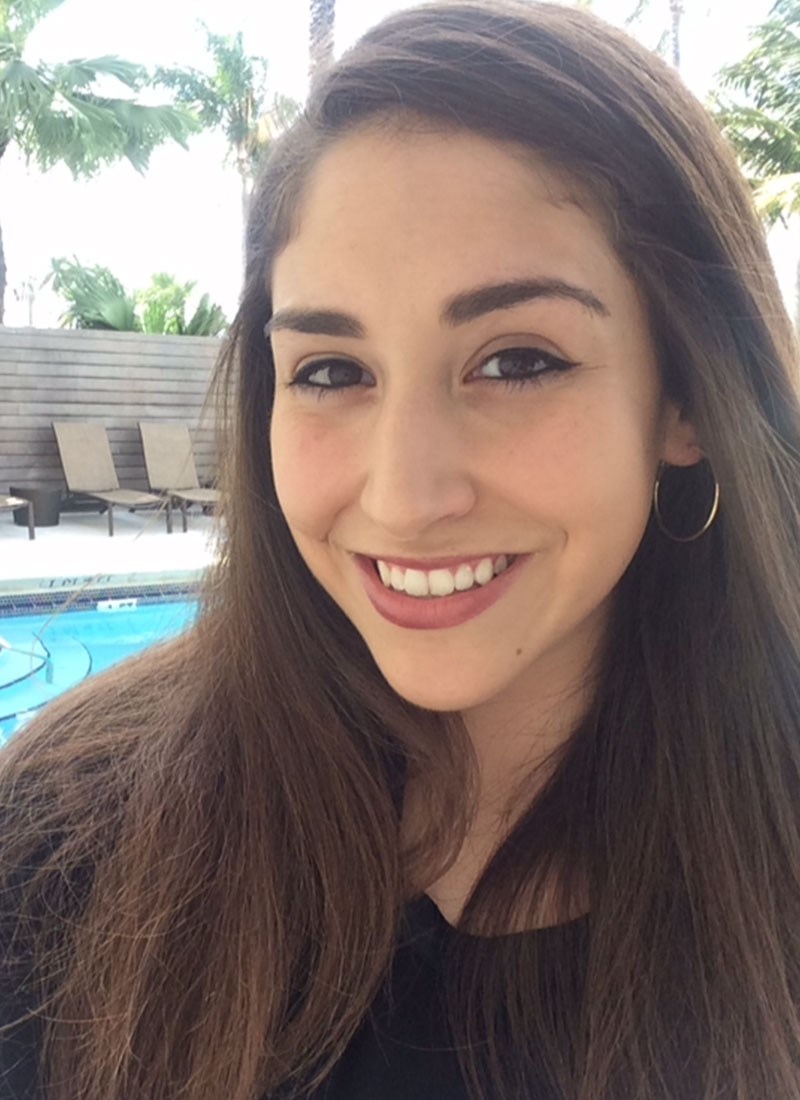 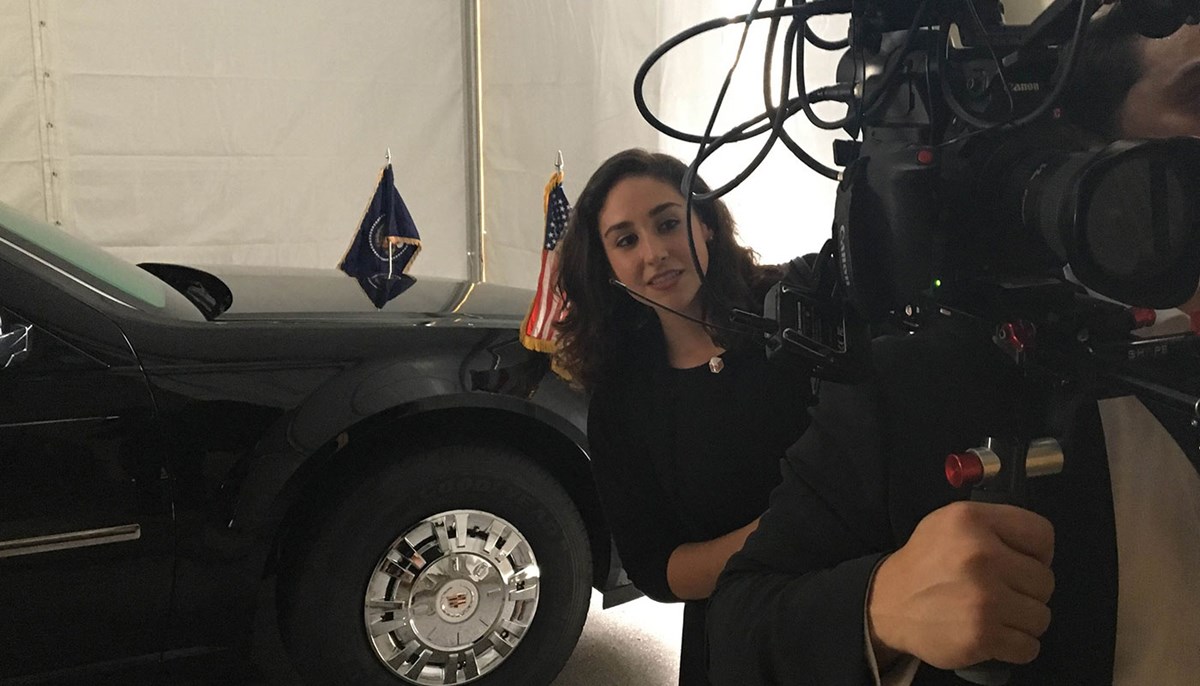 A mere 16 months after graduation, Sheila Angelo ’15 began working for President Obama as part of his advance planning team for events around the country.

Angelo, an advance team member for the White House Office of Scheduling and Advance, served as media liaison, traveling to each location ahead of the events and working with local, national and international media companies on logistics. She did everything from figuring out the size, location and technical needs for the media platform to greeting reporters in the presidential motorcade.

“I can’t believe all the opportunities I’ve had just a year out of college,” she says. “Every day, there’s something new and exciting for me to do.”

Politics is in Angelo’s blood: Her father worked for the late U.S. Rep. Silvio Conte in the 1980s after serving as commissioner of Pittsfield. When she was 9 years old, Angelo watched all the debates and news about the 2000 Bush-Gore election and cast her first presidential “vote” in an elementary school poll.

She came to UMass Lowell as a sophomore, transferring from Bunker Hill Community College. Elected vice president of the Student Government Association her junior year, she planned community service events and campaigned to get stickers with campus emergency numbers into every classroom.

She loved her political science courses. But it was a business elective on leadership her senior year, taught by lecturer Ralph Jordan, that convinced her she had what it took to build a career in politics.

“That class was transformative,” she says. “Ralph Jordan believed in me. He just made me feel really confident. I still talk to him.”

Also her senior year, Angelo interned for U.S. Rep. Niki Tsongas, first on Tsongas’ reelection campaign and then in Tsongas’ district office. After graduation, she moved to Washington, D.C., for another unpaid internship with U.S. Rep. Jim McGovern. She got her first full-time paying job in politics in November 2015, as a field organizer for U.S. Sen. Bernie Sanders’ presidential campaign in Las Vegas.

Right after Election Day 2016, she went to work as director of events and media scheduling for the campaign of John Wisniewski, a Democratic candidate for governor of New Jersey. Angelo says she can afford to work in public service because she got a high-value education at an affordable price.

“My parents were able to afford UMass Lowell without loans,” she says. “Price was very important for me. I wanted to save money and not be in debt after graduation—and I’m not. I’m debt-free.”