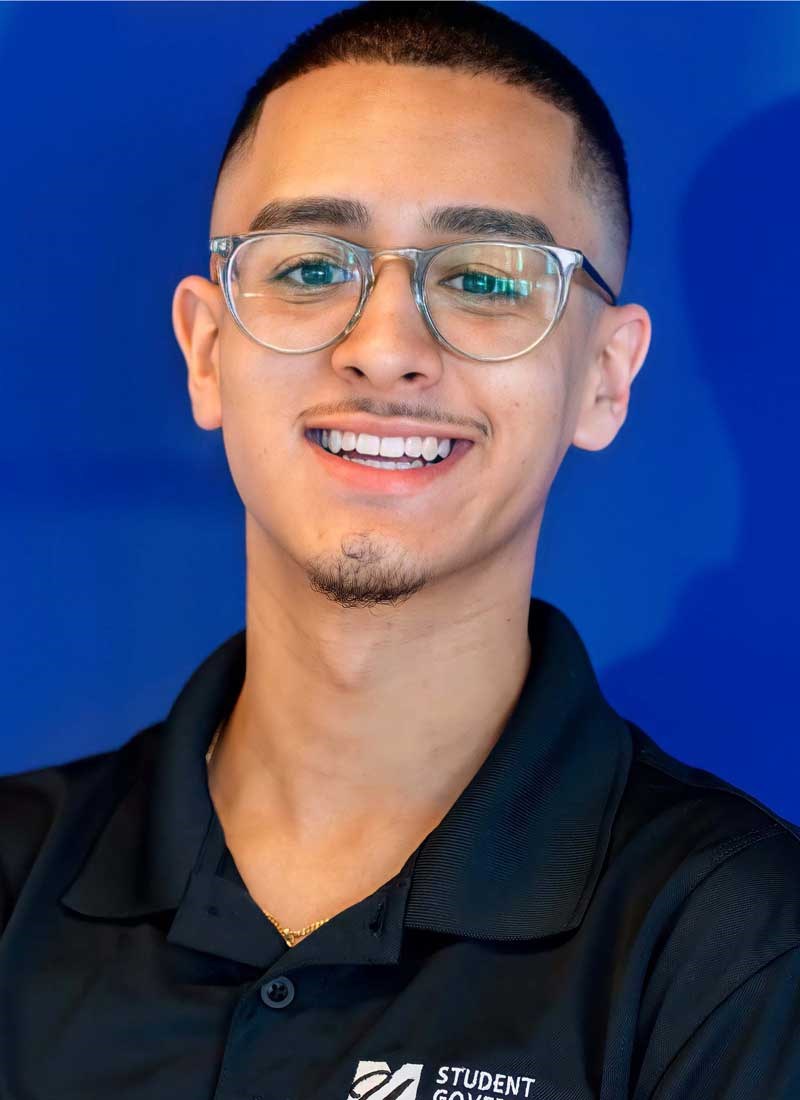 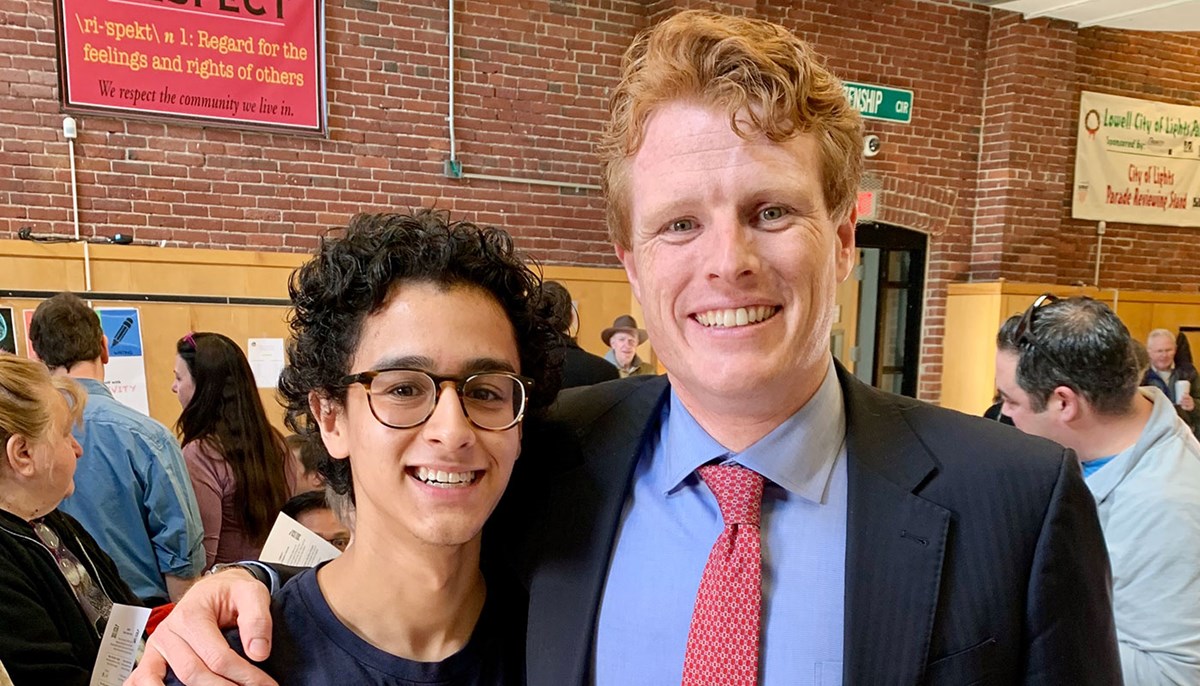 For Student Government Association President Neyder Fernandez, a native of Lowell and a product of its public schools, going to UMass Lowell seemed like the logical next step in his education.

“I just felt like it was a natural fit,” he says. “The price, the location, the people – a lot of my friends from high school are at UMass Lowell, so I felt like I would start off on a good footing.”

Although he applied to other colleges,  UMass Lowell offered another “bonus,” he says: the River Hawk Scholars Academy (RHSA), a supportive program for first-generation college students that uses a peer-to-peer mentoring approach.

Fernandez says he felt welcomed and supported in the RHSA, especially by his “peer leader,” Danelia Ramirez Aguilar, who understood the family pressures of being a first-generation student and second-generation immigrant.

“I’ve always been the family investment,” says Fernandez, whose parents emigrated from Colombia. “We’re not struggling, but the label ‘most likely to succeed’ was pushed on me as a child. My parents would say, ‘You can do anything that you want to, and we have your back.’”

Fernandez is making the most of his college years. He’s majoring in political science with the goal of working on social impact within corporations and nonprofits before running for office.

After going through Leaders in Action training, he served as an RHSA peer leader in his sophomore year, mentoring a group of first-year students who began college virtually during the COVID-19 pandemic.

“I wanted them to know that they at least had one friend at the university who could provide them with guidance,” he says.

As a first-year student, he was elected as a senator to the Student Government Association (SGA) and joined the UMass Lowell Student Democrats, first as treasurer and then as political outreach director. He helped both organizations recruit new members and bolster their finances – work that won him election as SGA president for his junior and senior years.

His focus in the SGA has been on student mental health and social inclusion during the transition back from mostly remote to full in-person learning, as well as on open educational resources. He’s also proud of recruiting the most diverse student Senate ever – including 60% first-generation college students – and the most diverse executive board.

Fernandez has brought the SGA into the Boston Intercollegiate Government, which represents 130,000 college students in Greater Boston. He will be the organization’s vice chair as a senior.

During the 2020 election cycle, Fernandez got involved in politics on a bigger stage as a campaign volunteer for U.S. Rep. Joseph Kennedy in his Democratic primary challenge to U.S. Sen. Edward Markey. He was disappointed when Kennedy lost, but he says he learned a lot.

“It was an opportunity to work on my first Senate campaign, and I won a delegate seat to the state party convention,” he says. “It was a real opportunity to learn about how the Democratic Party and elections work.”