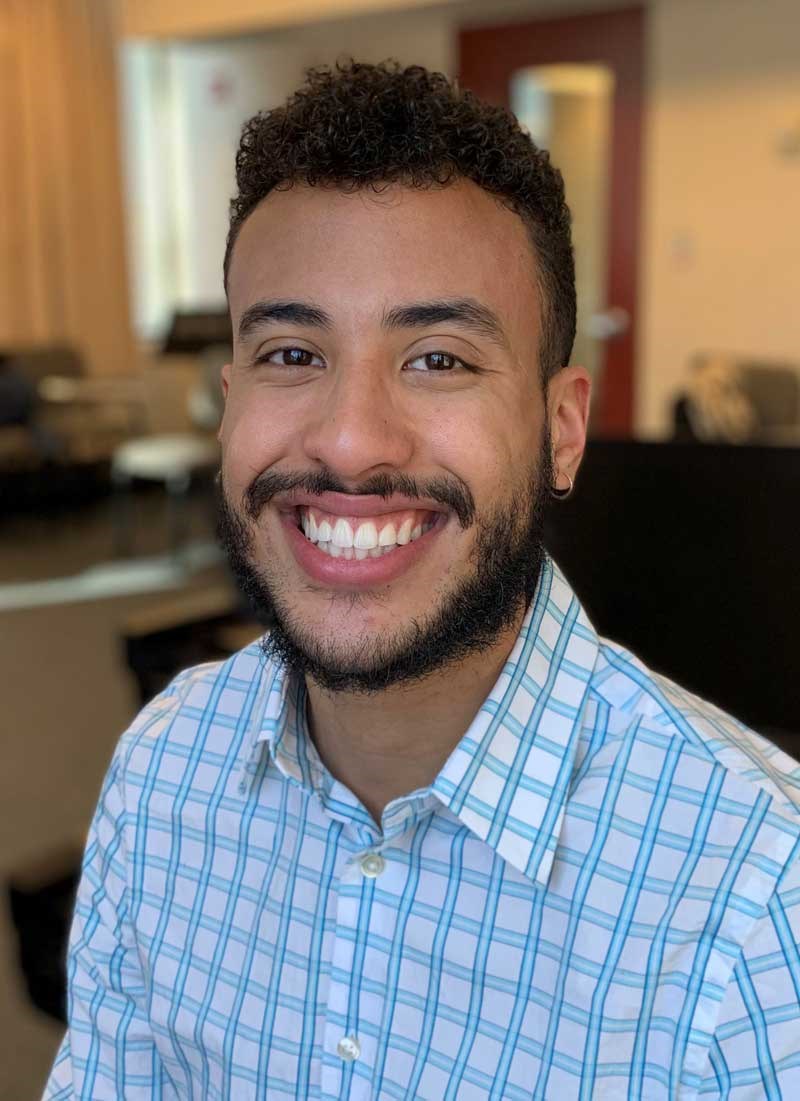 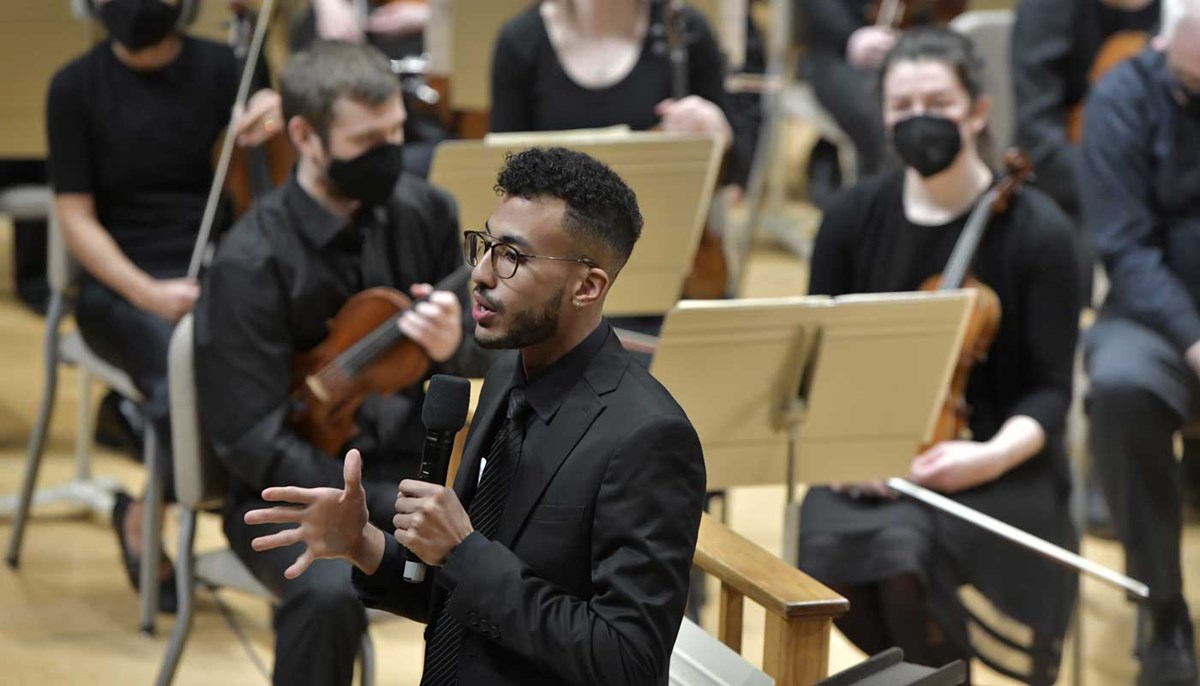 Josh Santana ’20 fell in love with the violin when he was 7 years old and heard a solo violin performance on television.

“The sound was just miraculous, beautiful,” he says. “I wanted to be a violin star, like on TV.”

The next year, he joined the UMass Lowell String Project, a music education and community engagement program for Lowell-area schoolchildren in grades K-12. He learned violin and led his group during the Spring Showcase concert that year.

Santana took up clarinet in middle school – he won the concerto competition to perform as a soloist with the String Project as a high school senior – and then came to UMass Lowell to study music education. Although clarinet was his primary performance instrument as an undergraduate, he continued to play violin and worked as a String Project instructor.

Santana lost that support for a semester when he suffered a severe manic episode and had to withdraw from school. While being diagnosed with bipolar disorder and starting treatment, he cycled into depression – in part because withdrawing from school meant temporarily leaving the String Project and the university band and orchestra, as well as smaller instrumental ensembles.

That’s when he connected with the Me2/Orchestra. Founded in 2011 by Music Director Ronald Braunstein, an accomplished conductor with bipolar disorder, and Executive Director Caroline Whiddon, the orchestra’s mission is to erase the stigma of mental illness through classical music.

Santana was welcomed into the Me2/Orchestra.

“Wherever they practice and perform, they mark all the entrances with a little banner that says, ‘You are now entering a stigma-free zone.’ It’s so simple, but it totally transforms the energy in the room,” Santana says. “Even when my symptoms were at their worst, I was able to get through a rehearsal and not feel judged.”

That experience accelerated Santana’s move away from pursuing a teaching license and toward community music. He’s completing his master’s degree in music education in the community music option – and he’s returned to violin as his main instrument.

“As a child, the way I always enjoyed music the most was through the String Project,” he says. “It was communal. There were no educational standards, but we all got so much better.”

He’s fulfilling the internship requirement for his master’s degree at the Me2/Orchestra. He helped with community outreach for the orchestra’s first concert at Boston Symphony Hall, including talking to groups in the audience before the performance.

Santana, who has been successfully managing his illness for three years, is already getting job offers from music nonprofits. But he has been working part time as a licensed real estate agent while in school, and he plans to work full time after graduation so that he is financially stable before diving into community music full time.

Meanwhile, he will keep playing with the Me2/Orchestra.

“I’m very social; I’m 90% extrovert. I need people around me,” he says. “Community is where I get the most passion and flow.”