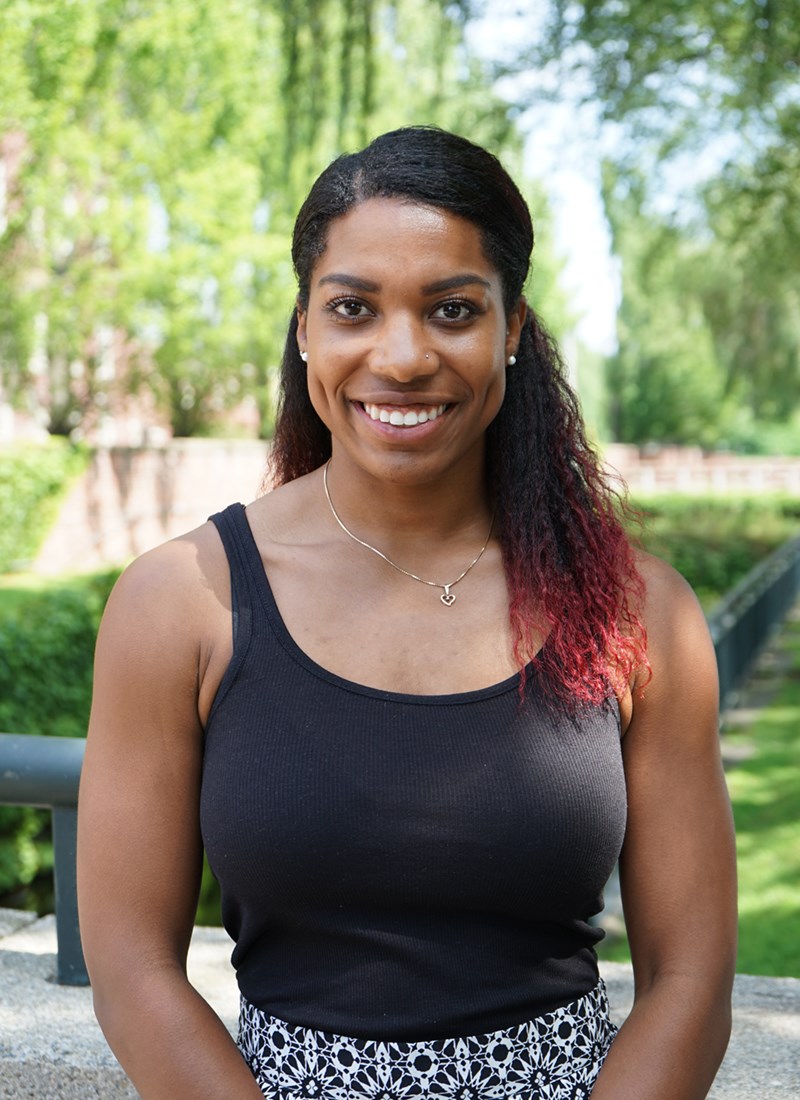 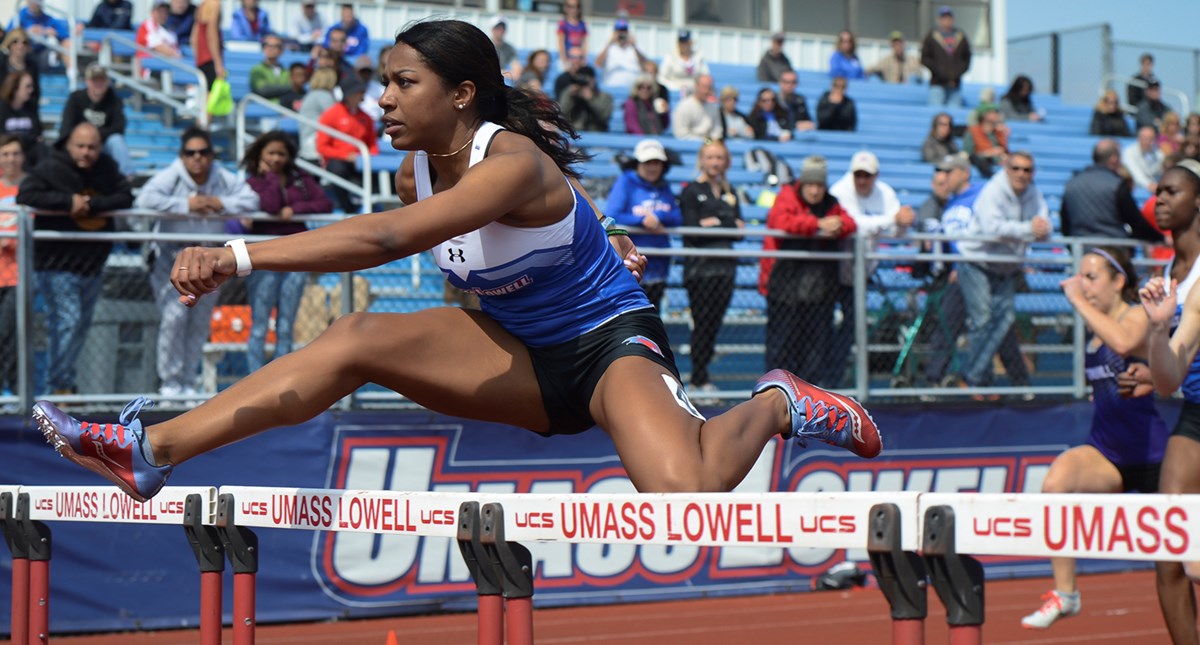 She placed second in the 60-meter hurdles at the America East championships for the River Hawks’ women’s track and field team during her first year of graduate school.

So when Assoc. Teaching Prof. Thomas Piñeros-Shields encouraged Amedee to apply for the brand-new Civic Action Project (CAP) Fellowship over the summer, she did what comes naturally. She leapt into action.

As it turned out, though, she didn’t have to jump too many hurdles to get one of the 10 inaugural CAP fellowships. She had a strong academic record, as well as support from Piñeros-Shields, who directs the M.P.A. program and mentored Amedee as an undergraduate sociology major, too.

CAP aims to train the next generation of civic leaders through internships, mentoring and development of advocacy skills. The fellows are selected among graduate students in public policy and related fields from the UMass campuses and are paid a $5,000 stipend to intern for 10 weeks at a government agency, nonprofit or labor union in the Boston metro area.

Amedee applied for an internship with the Greater Boston Chamber of Commerce, impressed by its efforts to diversify the workforce.

“I really appreciated their commitment to racial equity,” she says.

She also helped organize the Fierce Energy of Now festival, which connects millennials of color with businesses and community organizations. The chamber kept her on an extra two weeks for that effort.

Amedee and the other interns also met weekly with CAP’s founders, faculty from the UMass campuses and guest speakers, including elected officials and business leaders such as Suffolk County Sheriff Rachel Rollins and Carol Fulp, founder of The Partnership.

“I met a number of people I would be able to reach out to,” she says. “I also met great people from the other UMass campuses.”

Amedee’s track and field career concluded in the spring. She will be calling on some of those connections as she seeks a full-time job.

She says she likes that the M.P.A. program can accommodate a full-time work schedule. Most students are already full-time professionals, so on-campus classes are held at night, while a few are offered online as well.

And the wide range of electives Amedee has been able to take in her concentration – Human Services Management – is getting attention from prospective employers, she says. She’s taken courses on the opioid epidemic, refugees and asylum seekers, and social policy and inequity, and she is starting another on behavioral determinants of health.

Other classes – on the basics of public administration, budgeting and workplace diversity – are laying a foundation she can use in a wide range of policy and human service jobs, she says.

“The curriculum is extensive,” she says. “And it’s broad enough that I know I can change career paths in the future.”

By earning her M.P.A., she’s on the track to success.