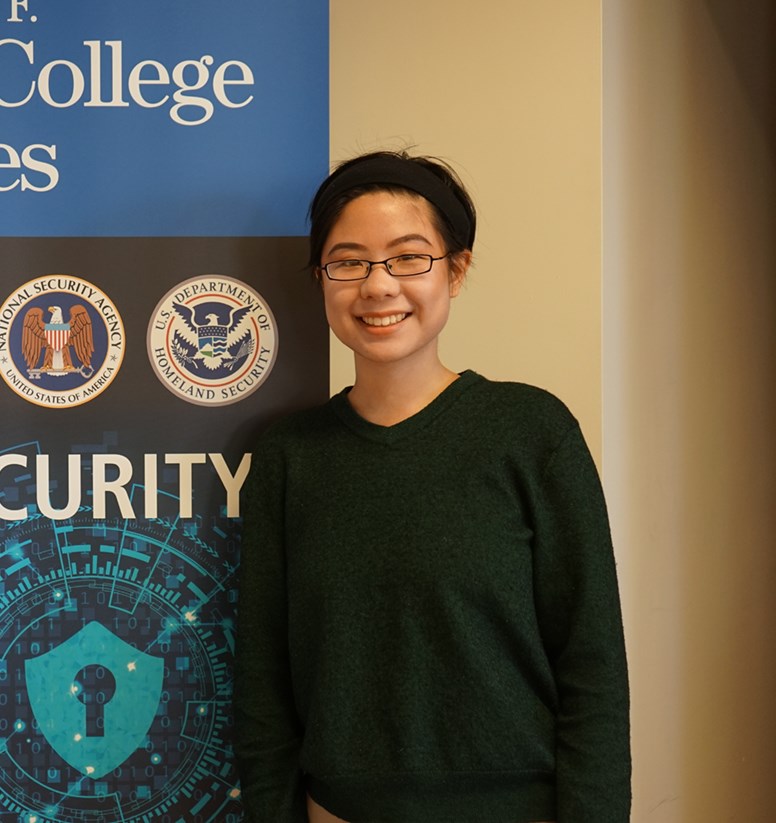 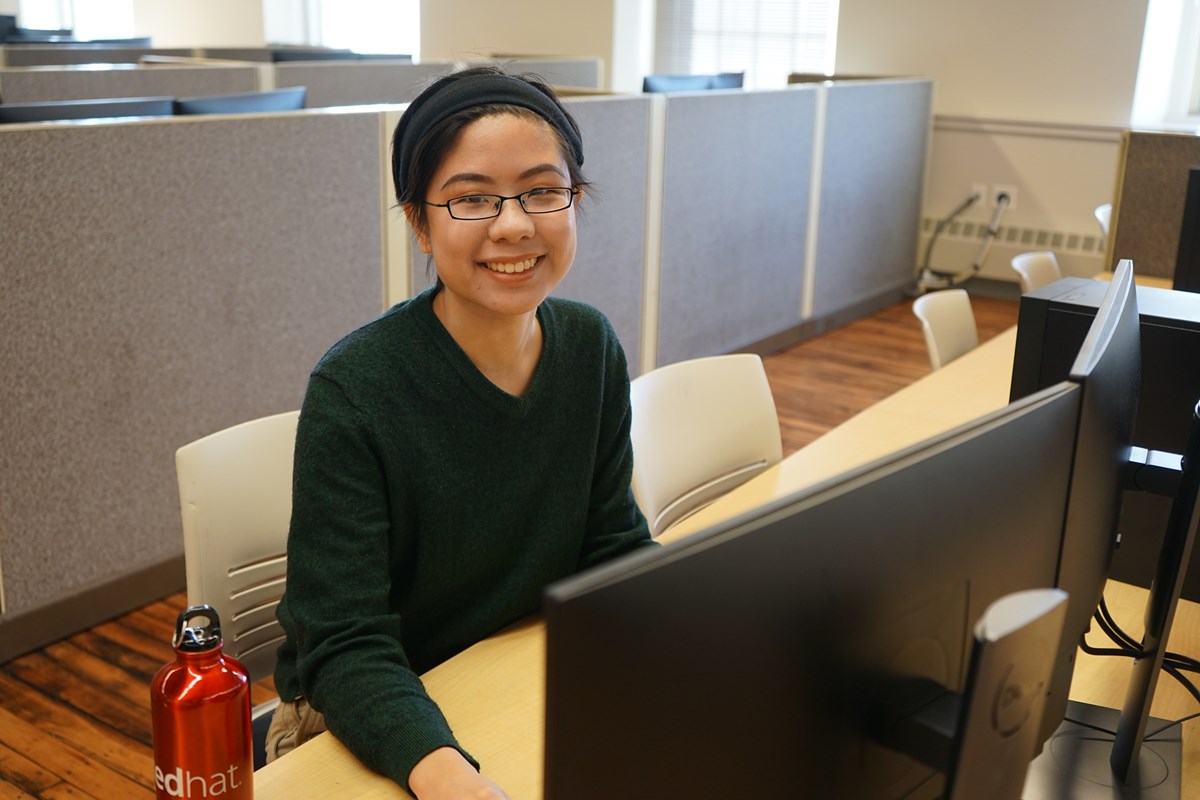 Instead of heading off to college right after graduating from high school, like her twin sister and their two older sisters, Chin worked for several months so that she could study computer science in Germany at RWTH Aachen University. She had studied German at Lincoln-Sudbury Regional High School and enjoyed it.

“If I feel like something’s important for me to do in my life, I work hard to make that happen,” she says.

She studied for a semester and a half in Aachen, but realized that the German university’s style of teaching computer science in large lectures wasn’t a good fit for her. Still, she enjoyed striking out on her own.

“That’s the first time I learned how to be an adult – how to meet new people, how to talk to new people and how to cook for myself,” she says. “I was pretty shy in high school.”

Chin applied to UMass Lowell for the opportunity to study in smaller classes where she could ask questions and talk with her professors. Here, she rebooted, starting with Computing I, which she took with Honors College Dean Jim Canning. After she earned an A in his class, he invited her to join the Honors College.

Soon, Chin was working as a paid research assistant with Prof. Fred Martin, co-leading a project to develop a network of sensors to collect data about groundwater.

“I was able to attend the first early meetings, research which devices we should use and figure out how to structure the whole project,” she says.

Then, after four semesters of programming classes, Chin got a professional co-op in Red Hat’s data storage division, where she worked for the second half of 2019.

“The co-op was pivotal for my career. It helped me realize what I liked, so it oriented me both academically and professionally,” Chin says. “I really lucked out coming to UMass Lowell. I think it is a hidden gem for computer science.”

The goal of that class is to prepare the brand-new UML team for the National Collegiate Cyber Defense Competition (CCDC), sponsored by Raytheon. The competition pits each “blue team” of students, who act as a newly hired corporate IT group, against a “red team” of would-be hackers, all while performing tasks required by their corporate bosses, the “white team.” The university’s CCDC team made the cut in the qualifying round to compete at the regional level at the University of Maine.

“For me, someone who is very new to cybersecurity, it’s a lot to learn. Every practice feels like drinking from a fire hose,” Chin says. “It’s a really good life lesson, because I’m learning more about teamwork, communication and time management.”

Chin joined the CCDC team while she was still on co-op, with enthusiastic support and mentoring from her Red Hat manager. The two experiences have combined to inspire her interest in Linux development, cybersecurity and computer networks, she says.

Meanwhile, the Honors College has exposed her to classes and experiences that she wouldn’t have otherwise had. The honors E1 requirement – to attend an event outside your major each semester and write about it – inspired Chin in her sophomore year to enter the Future Pack Design Challenge, a competition to design the high-tech backpack of the future. Chin’s team won second place with its ergonomic backpack design.

Chin says she loves attending different events, even without the E1 requirement. Most recently, she spent a Sunday afternoon at the Honors College, eating lunch and taking part in a round-robin reading of the ancient Greek play “Alcestis,” by Euripides.

“It’s good to get out and not just be doing your major all the time,” she says. “Honors has been really good for my life balance.”